TheVentureCity celebrates first exit – and reveals details of next fund

Since TheVentureCity launched four years ago, the organization has never followed the status quo.

Founders Laura González-Estéfani, the former director of international business development and mobile partnerships for Facebook,  and Clara Bullrich, a 20-year private banking and asset management veteran,  launched the Miami-based organization during eMerge Americas in 2017. With its hybrid VC fund and acceleration model, its mission was and still is to support the growth of "international first"  tech startups across the US, Latin America and Europe, with the core belief that “talent doesn't have a zip code.” To date, TheVentureCity has invested in more than 80 companies from all over the world.

While investors have been flooding into Miami now, González-Estéfani was a very early adopter; the native of Spain and "citizen of the world" moved from Silicon Valley to Miami in 2015. She said during a Q&A with me in 2017 that she was taken aback by the welcoming tech and entrepreneurship community. “There must be something in the water in Miami that makes everyone so welcoming and so enthusiastic about the unknown. I found that willingness to take a risk,” González-Estéfani said then. Always a believer in Miami’s potential, she even coined her own Miami term for unicorns – “Iguanacorns” – and we have several in the wild now. You'll also find the stuffed variety in TheVentureCity's large, open, fun space on Southwest 8th Street in Little Havana, which has hosted numerous community events in recent years as well as its own accelerator programs and bootcamps.

In a big milestone for TheVentureCity, this week the founders announced their first major exit: Spanish-led fintech Returnly, founded by Eduardo Vilar, was acquired for $300 million by Affirm, and it is one of the top five biggest exits ever for a Spanish founder. “We gave him a first ticket, invested in every round and now he’s giving us a first ticket for our next fund, so we can keep supporting more Edu’s all over the world,” González-Estéfani wrote in a recent blog post.

I caught up with González-Estéfani to find out more about this milestone news, as well as what’s ahead for TheVentureCity, which now we know includes a next fund. 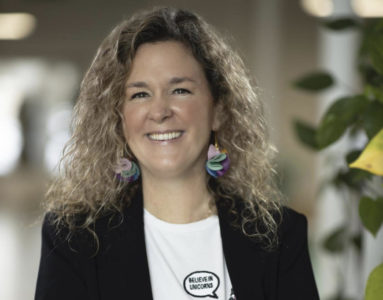 I read your blog post about your long relationship with Returnly, starting as an angel investor (Readers, you can read it here). What was it about Returnly’s founder and the startup that attracted you in the early early days?

I have always been a passionate online shopper so when he told me about Returnly I totally pictured myself using the product. Returning stuff was such a mess. Also I understood the problem firsthand because I used to work for eBay and oftentimes the two sides of the marketplace, buyers and sellers, would complain about the bad experience on the buyer side and the extra work required to manage returns on the seller side. So I understood the problem he was beginning to fix. He pioneered returns management -- nobody else back then was talking about that. Many thought it was more of a help on the operational side of things for the business but in his mind it has truly a fintech with huge potential. That’s what fascinated me from the beginning from Eduardo.

I know they are all your babies, but did you ever imagine Returnly would be your first exit?

We definitely love all our founders and their companies as if they were family! Throughout his journey, in the ups and downs, he always became stronger. He would never give up. People underestimate the effort that a founder needs to put to guarantee a good exit for  his team, his investors and himself. It is so difficult. I am not sure what the stats are but if you look at the ratio from startup created vs good exit, the numbers are so low. It’s truly a miracle.

Why do you think the founder was so successful on the road to exit?

Persistence and family support. We don’t have high enough mountains on earth that he can’t climb. The team he assembled, rock stars. His understanding of the customer, the partnerships they built. All the learnings they got from every mistake they made. It’s not about falling, it’s about how fast you get back up! His wife Maria, how they have been able to build a company, and a life together from San Francisco is very inspirational. 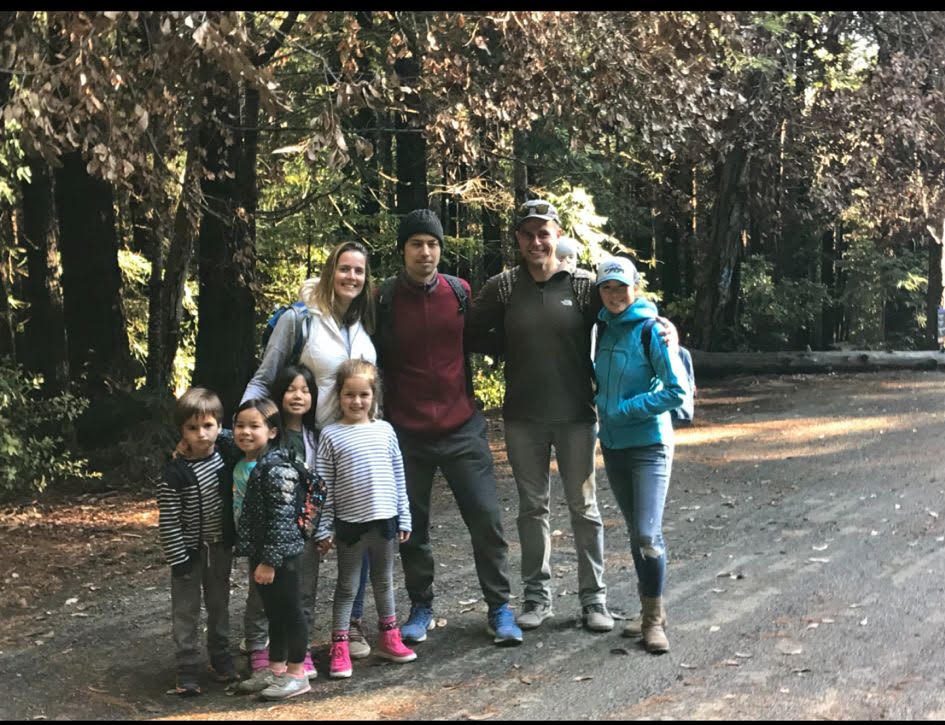 The two families have enjoyed frequent outings together.

How many portfolio companies does TheVentureCity  have now and are there any common denominators between them?

Tricky question, Nancy! On a ratio 1-10 valuation, we would say that our founders  are 10 on execution, 8-9 on stubborn levels, between 7-8 observer levels & user focus, between 5-6 on ‘’calm/quiet’’ levels, and 4-5 on sending the reports on time! But that’s ok because we know they devote their time to what matters in the business.

Tell us about your South Florida investments.

From our First Round Fund, we invested in Boatsetter, Finconecta and The FastMind,  only 3 out of the 23 companies from Fund I are from Florida, and  from our 1st Ticket program, outloud.ai, Daycation, and Explorest, the ratio here is even smaller, out of the 58 companies we have in the 1st ticket, only three are from Florida. Hopefully we will increase both soon!

What do you look for in an investment and has that changed at all since you started Fund 1?

We look for Technical Founders that love to solve problems in the areas of fintech, mobility, healthtech/biotech, cyber, ecommerce enablers… anywhere in the world as long as we understand what they are building and we are able to help them in the potential problems they may encounter. We are the ‘’Firefighters’’ of venture capital, we love to be the 1st call when things go wrong. Also we look for capital efficiency, meaning that if you are fundraising in the US, building in an emerging hub where talent is as good but cheaper and selling back to the US, that’s the perfect scenario and many of our companies are like that. Talent does not have borders or a zip code, and neither do dreams. So ambitious founders that find the way to build more with less is the best combination.

What is your typical check size?

What size was fund 1?

We wanted to raise $100 million and after a lot of fighting we did raise $52.5 million. Truth is that being 1st time managers was especially complicated, but not impossible! I am sure that if we had set $50M as the initial target we would have raised $25 million, so we feel proud of all the learnings along the way. On our 1st ticket vehicle, we raised Series A & B already and we are going to start raising our Series C in June this year.

I understand you are starting a Fund 2, what can you tell us about that?
Yes! We want $100 million for our Fund II -- sound familiar? But two weeks ago we did our 1st closing and guess what, we have already closed the 1st $70 million and we have already made three investments! Based on the learnings of our Fund I, the first closing dictates the final size of the fund so most likely that at the end the fund will be 100 million+, but again, being overoptimistic did not help us on Fund I --  we will see in June where we are. The most important for us is that our recipe of financial engineers and ingenious engineers working together is validated. The operator investor model is the key. Founders choose the capital, not the other way around.

What a full-circle moment – that Returnly’s founder wants to invest in your next fund.  And I am guessing you and Clara would likely invest in his next startup, am I right?

Yes, when Edu told us that, we jumped off our Zooms! That’s the best validation of all, not just the returns of the investment but the fact that founders that do exit want to contribute to the next wave of founders through our fund. Very powerful indeed. Edu is super happy joining the Affirm team, he is a rock star and I am sure he is going to thrive there. With limited resources and just raising $30 million total he has been able to build a $300 million company. Imagine his contribution with his team to Affirm, where they will have far more resources!