Sherrell Dorsey started plugging into the Miami ecosystem more than a year ago; it all began with founder-turned-funder Brian Brackeen’s famous “Miami Tour.” It took one call from him to persuade her to come check out Miami. On Brackeen’s grand tour and on subsequent visits she met with Saif Ishoof, Raul Moas, Leigh-Ann Buchanan, and other leaders and founders and counts Brackeen as a key mentor and supporter. Brackeen’s tour track record is pretty good: Dorsey relocated to Miami last June.

Her organization, The Plug, was one of three that each receiving $250,000 from the John S. and James. L. Knight Foundation. All three – Black Girl Ventures, Culture Shift Labs and The Plug -- are committed to expanding opportunities and creating more equitable access for Black and Latino entrepreneurs in Miami, said Moas, Knight’s Miami program director.

“Each of these organizations has been leading the conversation around the country on how to support a truly inclusive startup and innovation economy,” Moas said. “We’re delighted that they see Miami as the next frontier in asking sometimes uncomfortable questions about who benefits from opportunity, and who doesn’t.”

The Plug,  founded and run by Dorsey, is a digital news and insights platform covering the Black innovation economy. With the funding, Dorsey and her team plans to bring transparency to tech companies’ racial diversity, gender representation and compensation practices through the development of the PLEXUS analytics platform.

“The reality is there just has to be better transparency,” Dorsey said in an interview Monday. “Right now we have limited access to information around what does representation look like at companies that don’t self-report or publicly make information available. And I think what people are looking for right now is, do the companies they work for or do business with have fair and equitable workplaces? … This PLEXIS tool could be useful in industry as well as the general public.”

Dorsey and her team are looking to take their tech statement database (now including more than 200 companies) to a fully developed dashboard that will enable Black and other minority tech job seekers to evaluate tech companies and their commitment to racial equity.

The PLEXUS dashboard will allow users to search tech companies by city and evaluate them based on diversity, racial, and gender diversity, representation across corporate leadership, pay equity, and other critical data points. The team plans to launch a beta within six months starting with data from Miami, Atlanta, Detroit, Philadelphia, San Jose and St. Paul and expand out from there, Dorsey said.

“Sherrell Dorsey is a force of nature, a powerhouse to be reckoned with,” Moas said. With the platform data, “the transparency will hold us accountable.”

Black Girl Ventures, founded and run by Shelly Bell, increases access to financial and social capital for Black and Brown women entrepreneurs through coaching, crowdfunding and community. Black Girl Ventures has chapters in Philly, Houston, Birmingham, Durham and now Miami, based at the Space Called Tribe. “It’s capital but it’s community, and those two together are a powerful secret sauce,” said Moas.

Miami entrepreneur LaToya Stirrup is one of the leaders, called Change Agents, of the Miami chapter, along with Lead Change Agent Benita Gordon, Michelle McKoy and Lisa Wilkinson.

“I got involved in order to bring opportunities and access to capital to Black and Brown female founders," Stirrup said. "Being that I started my own product brand with my two sisters, Kazmaleje, I completely identify and understand what that looks like when you are trying to bring an idea to market and trying to figure out the funding and financial aspects of what that means.”

Black Girl Ventures Miami soft-launched before COVID and has been running Zoom events locally. But its first signature pitch competition, currently planned for February 2021, will be the group’s official launch.

“Black Girl Ventures has taken a unique approach. The pitch competition brings in elements of crowdfunding, so all of the participants get to walk away with some level of capital because those who are in attendance get to donate to the businesses that are pitching, It’s live crowdfunding, with a very personal approach,” Stirrup said.

Black Girl Ventures will also doing community-based programming with a hyper-local approach with webinars, training, and panel discussions and will bring in resources that speak directly to the needs of women of color founders, Stirrup added. “We will be like a support group for each other.” 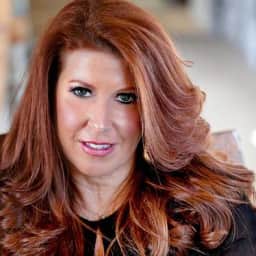 The Knight funding will support the expansion of Culture Shifting Weekend to Miami – the first one will be in 2021 -- which will bring together curated groups GPs, LPs and entrepreneurs to begin building relationships, Moas said.

“What we thought was really powerful about her platform was the way [Hoffman] curates a really great group of folks for events that are highly selective but not pretentious at all -- awesomely authentic but also accessible,” said Moas. “The idea is it’s the social relationships, the social capital, that unlocks business getting done. … We will be building the social infrastructure that will seed a good funnel for deals later on.”

Moas’ focus on community building and increasing funding access kicked off with Knight’s funding bundle last year, with projects such as Just Dinner and LLC.  Then in January, Knight made a $1 million investment  in Black Angels Miami, Venture Cafe, Black Men Talk Tech, Out in Tech and four other organizations.  Knight is hosting an online conversation about “expanding access and advancing equity” on Wednesday. To register, click here.

Photo at the top of the post is of Shelly Bell of Black Girl Ventures.