According to an analysis by Dale Gregory of Internet Coast: 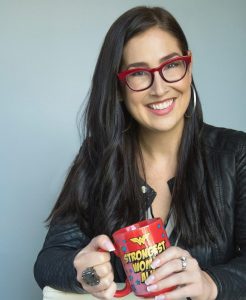 Caribu, the Miami startup that created an interactive video-calling platform that helps parents and grandparents read and draw with children, blew past its equity crowdfunding goal of $500,000. The startup has decided to keep the campaign on WeFunder open until Sept. 15 or when it hits $1 million, whatever comes first. At the time of this writing, a cool million was clearly in the startup’s sights, with 856 people having committed to invest $762,136.

Caribu has already raised $1.3 million in capital (Tuchman is the 59th Latina to raise over $1 million). AT&T, Toyota, Rise of the Rest, Halestreet and Miami Angels are among its investors. Find the campaign here.

As one South Florida campaign closes in on a cool million down, another ramps up. AquaVault is the inventor of the Portable Travel Safe and recognized for landing a deal with Daymond John on Shark Tank (he is still a active investor). The startup has recently launched a fund-raising campaign on StartEngine crowdfunding portal. 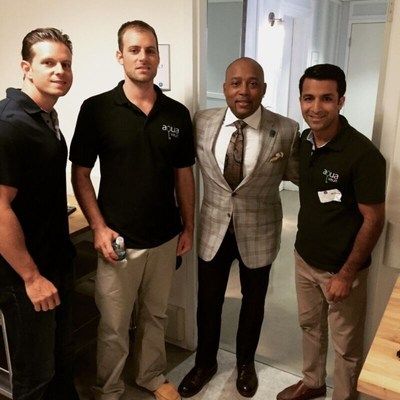 AquaVault, based in Aventura, went from $87,000 in sales when pitching on Shark Tank to generating nearly $3 million in 2018 and is on track for $7 million this year, according to the company. AquaVault’s retail partners include Disney World, Bed Bath and Beyond, Bass Pro Shops and MSC Cruise Lines, plus hotels, theme parks and water parks.

AquaVault's original vision was to invent a portable safe for lounge chairs but the vision quickly expanded. The team is currently developing and patenting several new products in the security world. "We believe this is just the beginning and we have barely scratched the surface,” said CFO Jonathan Kinas. Kinas co-founded the company with Avin Samtani and Robert Peck.

Like Caribu, AquaVault is off to a quick start, already closing in on $100K just a week into the campaign. Click here to view the campaign.

Three businesses out of WIN Lab Miami are semi-finalists in the new national Babson ePitch Second Century Challenge. Upward of $100,000 will be awarded to entrepreneurs who have pitched and won over a panel of well-known judges, including Jamie Siminoff ’99, founder of Ring. In the running from South Florida are:

SpeechMED: Founded by Susan Perry, SpeechMED is the only software that empowers patients and caregivers to hear vital healthcare information in the language they understand, preventing costly medical mishaps.

Vitruvian: Founded by Ileana Del Risco and Andrea Del Risco, Vitruvian is a virtual dressing room software that takes away the uncertainty of finding the right-fitting garments online.

Take a look at the new headquarters plans of technology companies e-Builder and TouchSuite. Both growing companies have solid footprints in South Florida, but want to look a bit like Silicon Valley to attract new workers. The two companies, e-Builder and TouchSuite, are investing in new headquarters space and amenities designed to attract new workers. Read more in the South Florida Sun-Sentinel.

While you're at it, read our recent stories on e-Builder and TouchSuite here.