5 things about ShellHacks, Florida’s largest hackathon, you should know

Attracting, cultivating, and retaining human capital is top of mind for startups at all stages. Founders frequently cite the quest for top talent as one of the major roadblocks to their Miami migrations, and Miami Mayor Francis Suarez has publicly acknowledged his aim to turn “brain drain [into] brain gain.”

However, an enterprising group of students at Miami’s Florida International University (FIU) has spent years validating Miami as a top talent destination – and the recent acceleration of the #MiamiTech movement has only further catalyzed their efforts.

Upsilon Pi Epsilon (UPE) is FIU’s largest tech-focused student organization. Since 2017, they have run ShellHacks, an annual hackathon to bring together Miami’s young technologists and show the world what the city has to offer.

Refresh Miami sat down with three key players in UPE to learn more about the organization and this year’s ShellHacks: Nicholas Sean Gonzalez, a senior at FIU studying computer science and mathematics and president of UPE; Cesar Villa García, the founder and former president of UPE who now acts as an alumni advisor alongside his day job working in tech at J.P. Morgan; and Yasmine Abdrabo, a former director of ShellHacks who is now an alumni advisor to UPE and works in tech at Citibank.

Here are five things you might not know about ShellHacks:

The event will be a hybrid of virtual and in-person events. The first ShellHacks hosted 300 students, but last year’s virtual event saw more than 1,300 students from around the world. The UPE team expects this year’s ShellHacks to be at least as big as last year’s event, which organizers said was the largest hackathon in Florida. The hackathon will run for 36 hours, and participants will come together in teams of 4. Participants can apply here.

ShellHacks is open to technologists with all levels of experience. Any college student is eligible to participate, as are students who graduated from college less than one year ago. Bootcamp participants are also welcome to join ShellHacks.

“They can build projects in whatever they want,” said Abdrabo. The team said that some of the major technologies and sectors past participants have focused on include artificial intelligence, HardTech, and GreenTech. However, participants are encouraged to take risks and explore any areas that interest them.

Over the years, ShellHacks has been sponsored by some of the biggest names in tech and business, from Google and Amazon to J.P. Morgan. The event includes a sponsor fair where participants can talk to representatives from these companies and learn about open opportunities for graduates. Villa García noted the effectiveness of these interactions: “I think in the past year [J.P. Morgan was] able to recruit maybe close to 20 students from FIU, just for software engineering roles.” These sponsors ensure that all aspects of the event, including housing, are free for participants.

With 2,500 members overall, UPE has grown to become a major player in the Miami tech space. The organization’s mission is to create a community for tech students at FIU. UPE runs about eight programs each year that range from helping students prepare for job interviews to an afterschool program that Gonzalez noted effectively “creates STEM programs in schools that might not otherwise have the resources.”

Are you interested in taking part in ShellHacks? UPE is looking for student participants, who can apply here. They are also seeking industry mentors and sponsors, who can learn more and sign up at ShellHacks.net.

Refresh Miami will be following up with more details on the event in coming weeks. UPDATE SEPT. 22: This weekend, thousands of technologists will (virtually) descend on MIami for ShellHacks hackathon 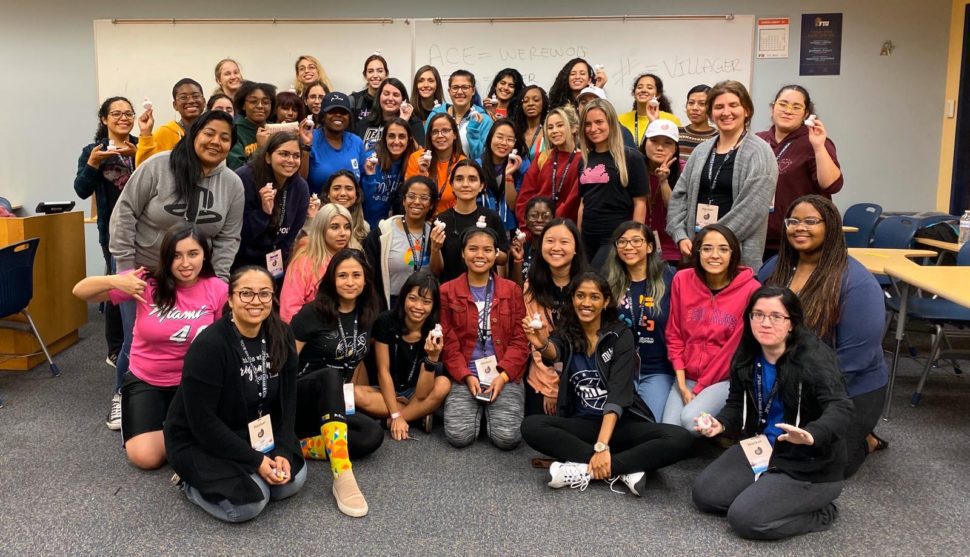