Alienware co-founder Frank Azor revealed that he was departing Alienware parent company Dell but didn’t say for where  AMD CEO Lisa Su spilled the beans in a  tweet. He is AMD’s new chief architect of gaming solutions. 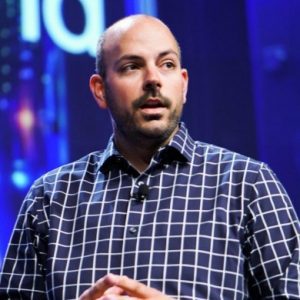 End of an era: Azor co-founded Alienware alongside Nelson Gonzalez and Alex Aguila in 1996, and through the years Alienware, as the maker of high-end gaming computers, has been the mothership of South Florida’s gaming sector. Dell bought Alienware in 2006, but Dell kept the Alienware division oversight in South Florida under Azor. No word on the fate of that.

“A little over 21 years ago, I met a couple of lunatics who had an idea they called Alienware. When I met them and learned about the company they were trying to build, I thought to myself, This would be the coolest job ever. I was right, but none of us ever dreamed the brand would come this far,” he wrote in a post announcing his departure.

“I’m so proud of what we’ve built together," he continued. "Our gaming and premium consumer businesses are outperforming the market and are a huge priority for Dell.  But the builder and creator in me is ready for the next challenge.”

In recent years, Azor served as the head of Dell’s game and XPS divisions.

Perhaps Magic Leap is now the mothership of gaming in South Florida. Although the high-flying company’s spatial computing technology could have impact in industries far beyond gaming and entertainment, it was demoing its new game, Dr. Grordbort’s Invaders, at the Brickell City Centre’s AT&T store, the first store in Florida to carry the Magic Leap One.

The company described the game this way: “Before your eyes, the game’s mischievous characters become aware of you and your surroundings. Leaping onto your table, hiding behind couches and attacking you, the characters are fully aware of where you are at all times, as you try to fend off this robot apocalypse. It’s a strong representation of the power of spatial computing and the new experiences it delivers.”

The South Florida Business Journal’s Emon Reiser demoed the game and reported that AT&T plans to have Magic Leap in 50 AT&T stores by the end of the year. Read her story here.

Chewy’s 45% sales pop in its first quarter since taking the company public was indeed tail-wagging worthy, but instead shares fell 6.6% on the news on Friday. Welcome to Wall Street, CHWY.

The Dania Beach-based company’s quarterly revenue and loss were roughly in line with analysts’ expectations. Sales were $1.1 billion for the quarter compared with $763 million for the same quarter a year ago. The company’s net loss of $26.5 million in the quarter decreased by half from $59.8 million in the 2018 quarter. Chewy said it has 11.3 million customers, up 3.5 million from a year ago. Earnings were announced after the close of trading on Thursday.

Levatas, a Palm Beach tech firm launched 13 years ago in founder Chris Nielsen’s garage, has been recognized by the U.S. Senate's  Committee on Small Business and Entrepreneurship as  Small Business of the Week. Levatas, a company with about 100 employees, creates artificial intelligence software for clients such as IBM, Dell, Cisco, Royal Caribbean  and Duffy’s sports bars. Read more in the Palm Beach Post.

Many Florida youth are trying their hand at starting businesses – and we’re not talking lemonade stands. This week, over 500 students, 10 and up, showed up with their business pitches to an annual Youth Economic Development Conference at Miami Dade College’s North and Homestead campuses. It was hosted by Urgent Inc., an Overtown-based non-profit that aims to economically empower youths and create a community ripple-effect. Read about a few of the student entrepreneurs in WJCT’s report here.