Move over, Barry’s Bootcamp. Call of Duty: Modern Warfare 2 might actually be the sportiest destination to meet your future co-founder.

At least that’s where the co-founders of Boca-based eSports platform Gaming Frog linked up – albeit unintentionally.

“I was friends with Lucas’s brother, but I didn’t know him at the time,” said Co-Founder and CMO Juan Duque. It wasn’t until they re-met in person, after having spent years playing together virtually, that they became business partners.

These often eight hour-long gaming sessions ended up being a sort of co-founder boot camp. “Even though I didn’t know him in person, I felt like I knew him,” said Co-Founder and CEO Lucas Romero, noting the “trust and bond” amongst gamers – despite often matching up as adversaries.

The idea for Gaming Frog stemmed from these long days and nights spent on consoles. “We started playing for money, betting against each other,” said Duque. The problem was that sometimes the loser did not follow through on their end of the bargain and pay the winner.

“We thought that there had to be millions of other players with the same problem,” Duque said. So the duo teamed up to create a platform that allows video gamers to play for money and ensure payment. Gaming Frog takes a 10% commission out of every match played on the platform. They are also planning to launch Gaming Frog Gold, which gives users premium features such as same day withdrawals and discounts on merchandise in exchange for a monthly fee.

The platform currently supports two of the most popular video game titles in the world, FIFA 21 and Madden 21, on Xbox and PlayStation. Users don’t have to know each other before facing off in a game.

“This technology can be applied to any competitive video game,” explained Romero. Gaming Frog hopes to expand to Call of Duty and League of Legends to further exploit what Duque calls “a huge market opportunity.”

Rhys Williams, Associate VP at Florida Atlantic University (FAU) and Managing Director of the FAU Tech Runway Investor Network, picked up on this market opportunity early on: “From the very first conversation I ever had with the Gaming Frog co-founders, I was uniquely impressed with their vision for where the gaming space was headed. I was also blown away by their irresistible determination to WIN, to build Gaming Frog into a significant part of the landscape occupied by the gaming community.”

Williams shepherded Gaming Frog into the university’s Tech Runway accelerator program, which Duque credits as “the reason why we are where we are today.” 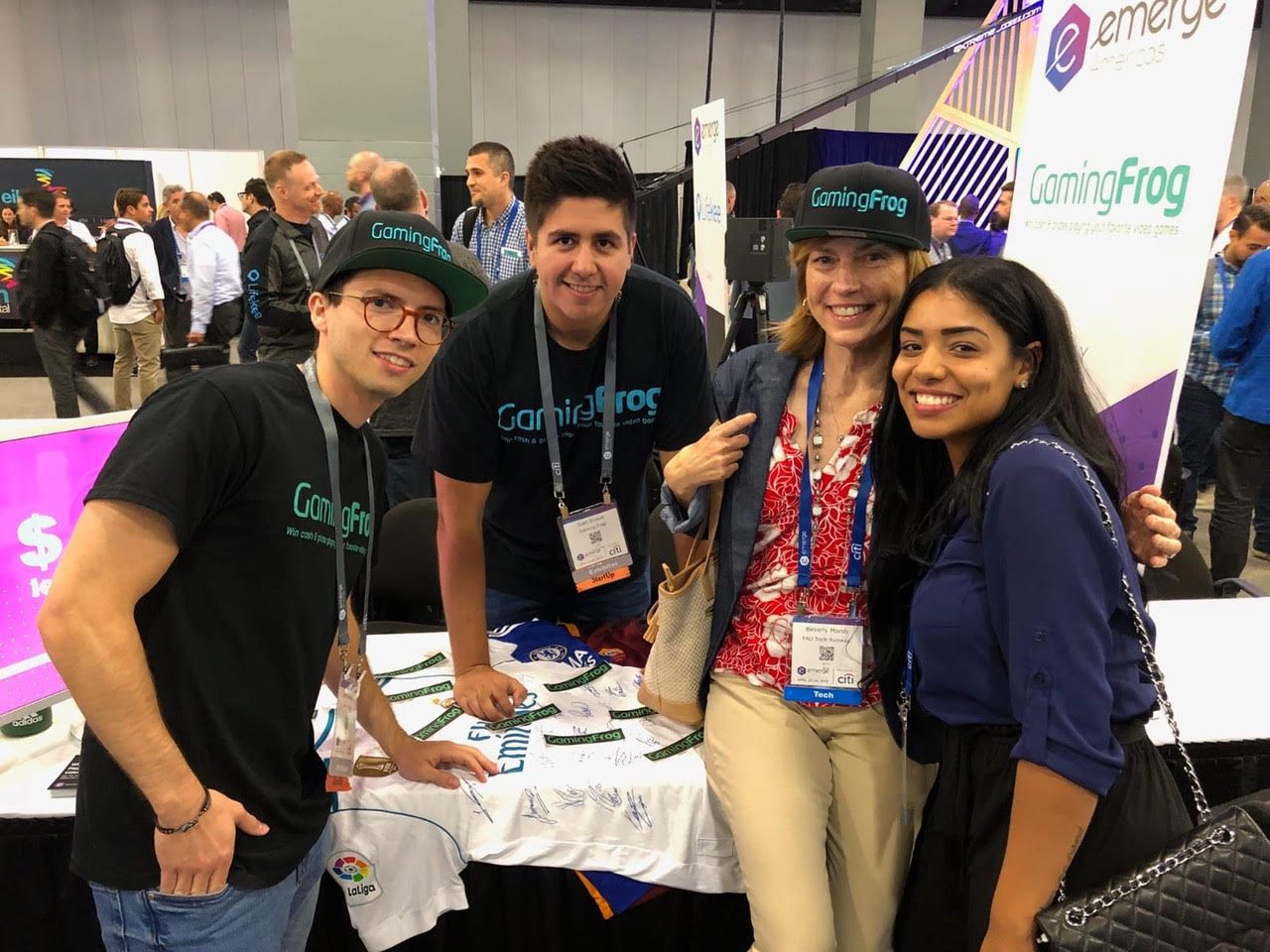 Another “gamechanger” for Duque was 500 Startups’ Miami Growth Program, which enabled Gaming Frog to “double [its] user base in a matter of three weeks” by revamping the startup’s marketing and growth strategy.

Duque and Romero recently onboarded CFO Macie Mata, who expects to close their roughly $640,000 seed round in the next ninety days. Growth is what excites Mata: “Not just company growth, but the growth of the founders and the market opportunity.”

Gaming Frog also hopes to expand their six-person team to include UI/UX designers and developers, which will enable them to push out more products that their users are craving. This includes an artificial intelligence-powered system to automatically confirm results from matches – a process that is currently done manually.

Duque said that the startup is open to remote working, but that he hopes to support local talent in the South Florida Tech Ecosystem. Having graduated from IronHack coding school on an Uber-funded scholarship, Duque thinks that such programs are resources that all startups should tap.

About the growth of eSports in Boca and beyond, “Florida has a lot of potential,” said Duque, highlighting FAU’s eSports Arena. He also noted the increasing prominence of gaming organizations such as EA Tiburon and Misfits Gaming, which he said "help advance the gaming industry in Florida.”