BrainStation is buying Wyncode Academy – and the Mikkolas will stay on

Wyncode Academy, Miami’s homegrown coding bootcamp that has trained and reskilled hundreds of South Floridians for high-paying tech jobs, is being acquired. The buyer is BrainStation, a global leader in digital skills training.

Wyncode’s founders, Johanna and Juha Mikkola, are staying on with BrainStation and will become part of its senior leadership team. Classes will continue to be held in Wyncode’s current Miami campus, but under the BrainStation banner. The acquisition gives BrainStation, ranked No. 5 in the world in Course Report’s current rankings, a leadership position in the Florida market. Terms of the deal were not as disclosed.

BrainStation, founded in 2012 and headquartered in New York City, has trained more than 100,000 professionals online and in markets including NYC, London, Toronto and Vancouver. Also a leader in corporate training, BrainStation has worked with 450 companies, including Amazon, Microsoft, Tesla Google and Shopify. 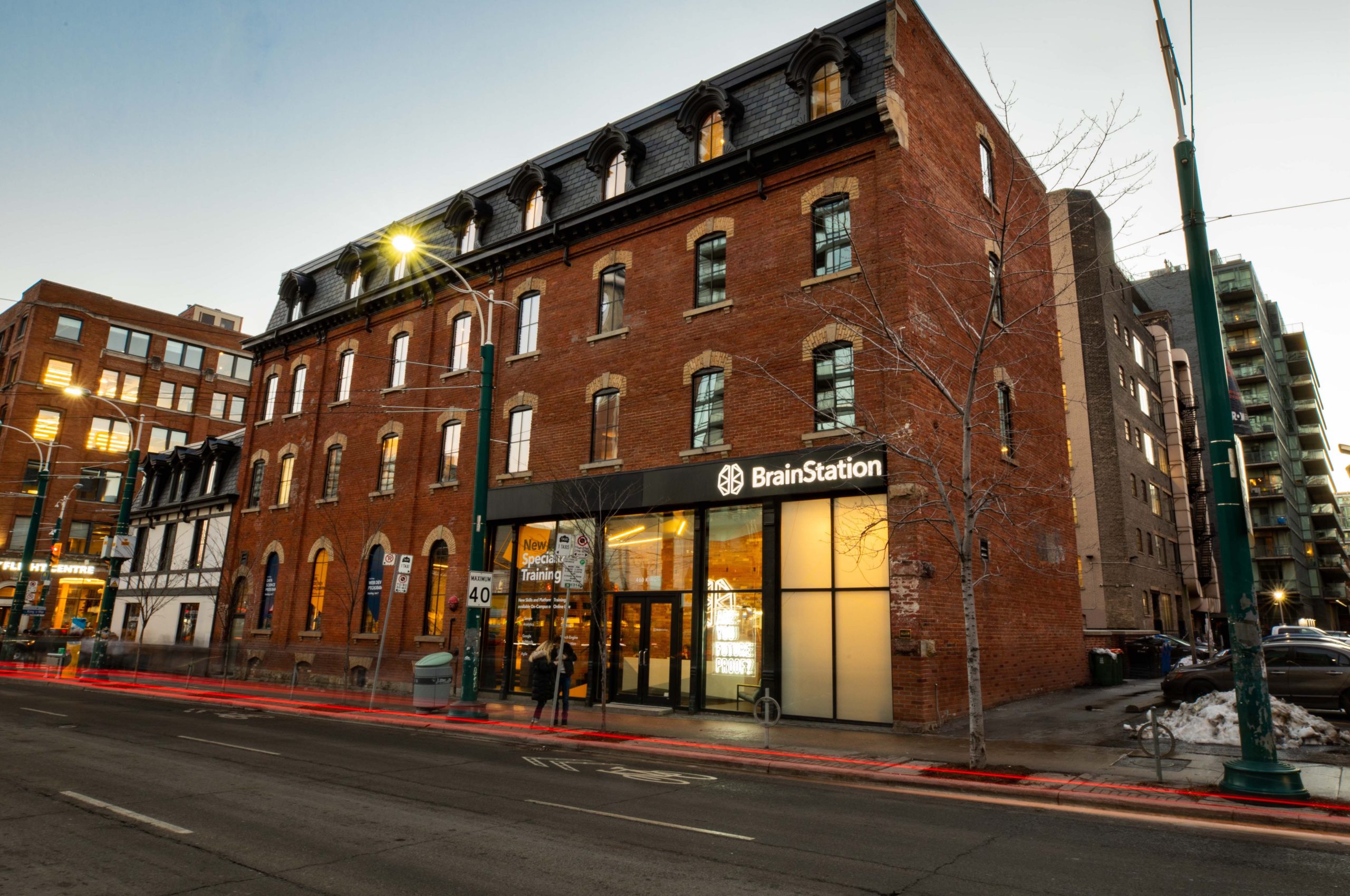 “Acquiring Wyncode is a strong and strategic step to expanding the BrainStation business and will accelerate our mission to reshape the future of digital skills training across the country,” said Jason Field, founder and CEO of BrainStation, in a statement. “Wyncode has been an integral part of the growing tech industry, and Wyncode’s founders and leaders have built deep relationships in the community.”

Miami Mayor Francis Suarez also commented on the news: “BrainStation’s expansion into Miami underscores the tremendous progress our city has made as a global tech hub. The quality of tech talent and the caliber of employers in South Florida are both on the rise, and we are thrilled to see BrainStation’s investment in our region and community in order to build on the foundation Wyncode has created.”

Fortunately for fans of Wyncode’s highly-rated web development and UX/UI full-time bootcamps and part-time programs, much of the content, programming and even the pricing that Wyncode offered is quite similar to BrainStation’s offerings, but there will be more types of courses, more remote offerings and a much larger employer network for job placements, the Mikkolas said.

Juha and Johanna Mikkola, natives of Finland who migrated from Canada to the Magic City, launched their first Wyncode cohort in 2014, then at The LAB Miami. Even in the earliest days, hundreds of people would turn out for the pitch nights at the LAB, where Wyncode students would present apps they developed during the 12-week cohort. Since those days, Wyncode outgrew several spaces and developed its own Miami campus, as the team, classes and menu of offerings expanded. 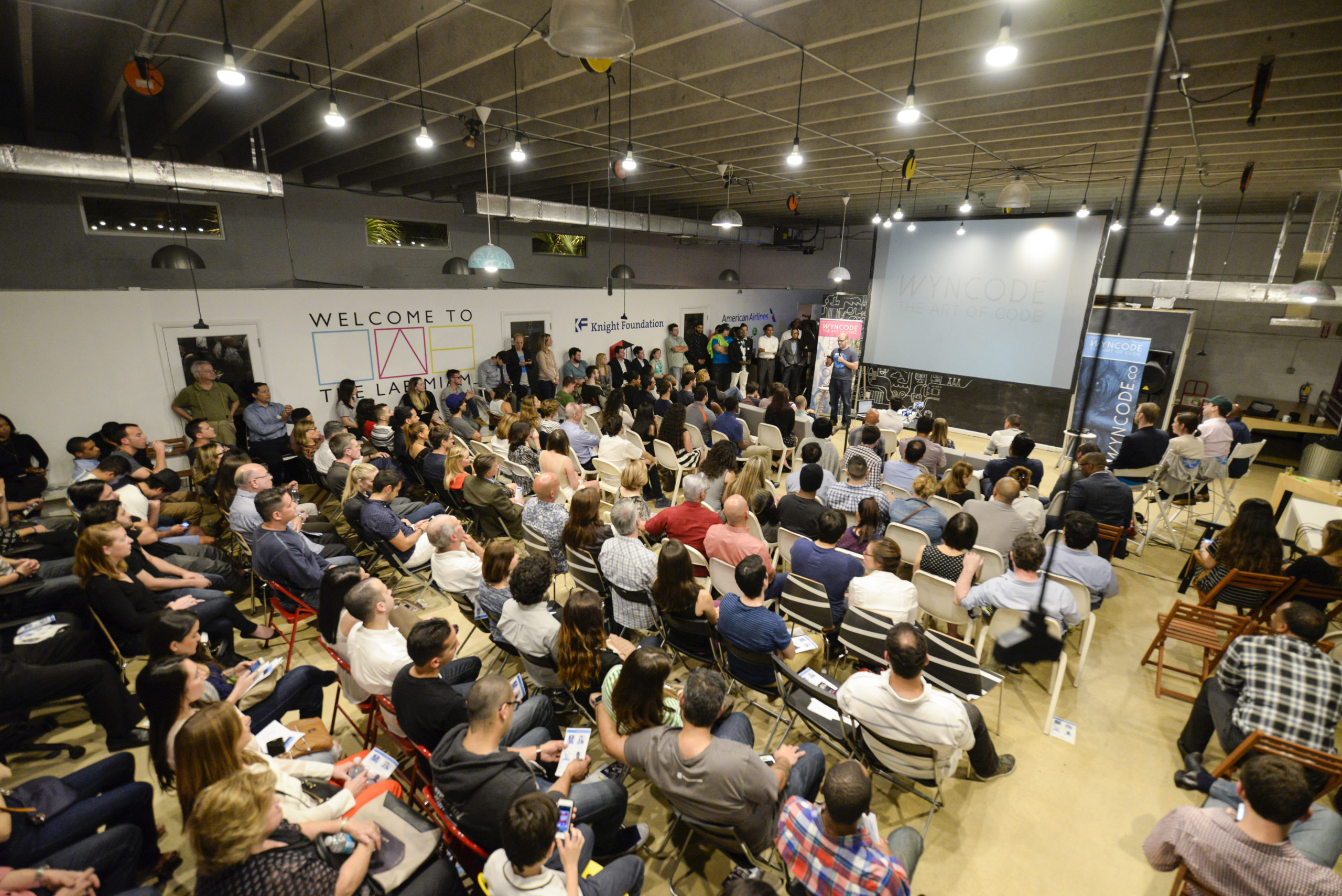 Wyncode has graduated nearly 1,000 students, and over the years has offered numerous scholarships to attract more women and people of color to the profession. Wyncode was the first coding bootcamp to be licensed by the State of Florida, has maintained a 90% or higher job placement rate. The Mikkolas  have won numerous industry awards, and they were selected as Global Endeavor Entrepreneurs in 2015. More recently, Wyncode partnered with CareerSource South Florida on a tech reskilling program that offers free tech training to Miami-Dade residents impacted by the COVID-19 pandemic.

In an interview with Refresh Miami this week, the Mikkolas said they’ve had other suitors over the years but this time it was right.

“Wyncode’s our baby, and, you know, Wyncode has grown up and found a soulmate,” said Johanna, Wyncode’s CEO. “We have a whole family -- our whole team is so invested and passionate -- and it was really important for us to find that perfect match.”

She continued: “This isn't a private equity play, this is a global leader in our space acquiring Wyncode. And so ultimately, though our baby has grown up and found its match, what made Wyncode Wyncode and nothing changes about that. The union with BrainStation only enhances it. Ultimately, the reason why we went down this path with BrainStation is it allows us to almost plug right in and leapfrog into the impact we've wanted to have at a greater scale.”

During the conversations with BrainStation, it was very clear how much the two companies were aligned on culture, mission and values, Juha said.

“From the very beginning, we just felt like they had solved the same problems that we had in a very similar way but at a much bigger scale. That extra scale gives you so many more opportunities, from a hiring perspective to work with so many other hiring partners across the country, and also for the students, making sure you have a lot more resources to help them,” Juha said. “BrainStation recognizes the potential of Miami, and I'd say it's not even the potential anymore, it's the reality of Miami.”

The team stays in place, which was very important to the Mikkolas. Soon BrainStation Miami will be adding data science and digital marketing to the local web development and UX/UI bootcamp offerings, as well as a whole slate of remote courses and corporate training offerings. 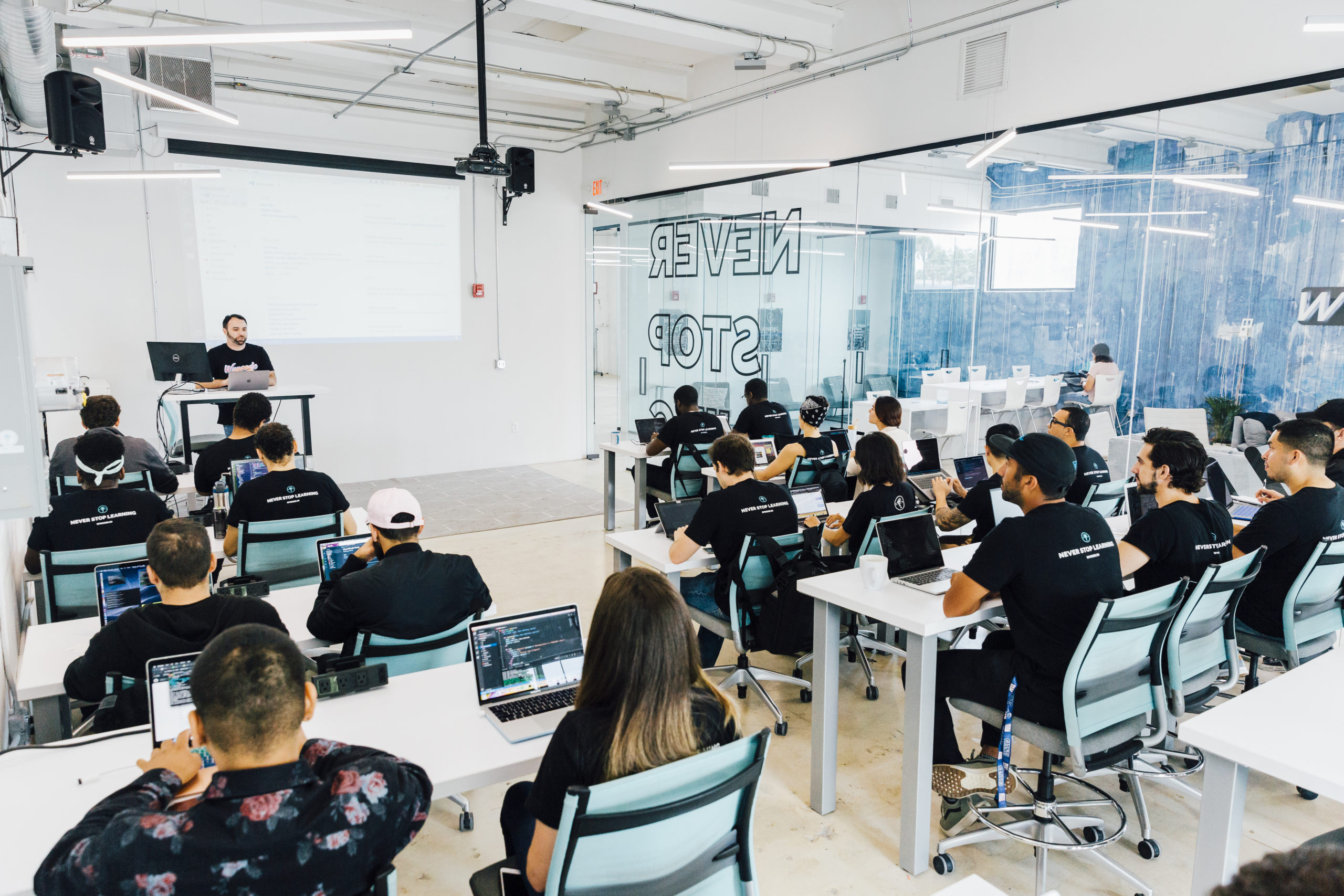 Wyncode's current campus, although classes have been virtual during the pandemic.

Over the years, the Mikkolas have been front-runners in providing access to scholarships to expand the tech talent pool to groups that have been left out: women and people of color. That will continue too, Johanna said. While Wyncode has partnered with Knight Foundation,  CareerSource and other organizations to offer scholarships, BrainStation also brings its own robust scholarship program.

“Miami's role is super important in being that catalyst and that pathway where it doesn't  matter what your background is like, whether you went to college or not, you basically can get that quick, less expensive way to get a tech career,” Juha added.

Being part of BrainStation also gives the Mikkolas an opportunity to grow out the Florida market. While Wyncode was the original, Miami now offers a number of coding bootcamp offerings – in addition to Wyncode, there is Ironhack, 4 Geeks and General Assembly offering classes and events – but that’s not the case in Tampa and Orlando.

On a personal level, the Mikkolas also said they look forward to giving back in an even bigger way to the entrepreneurial community and help companies get their companies going.

With the BrainStation news and interest in Miami rising, “for South Florida, it's a great moment right now,” Juha said. “I think a great opportunity for people in Miami to learn even more of these skills that are so much in demand.” 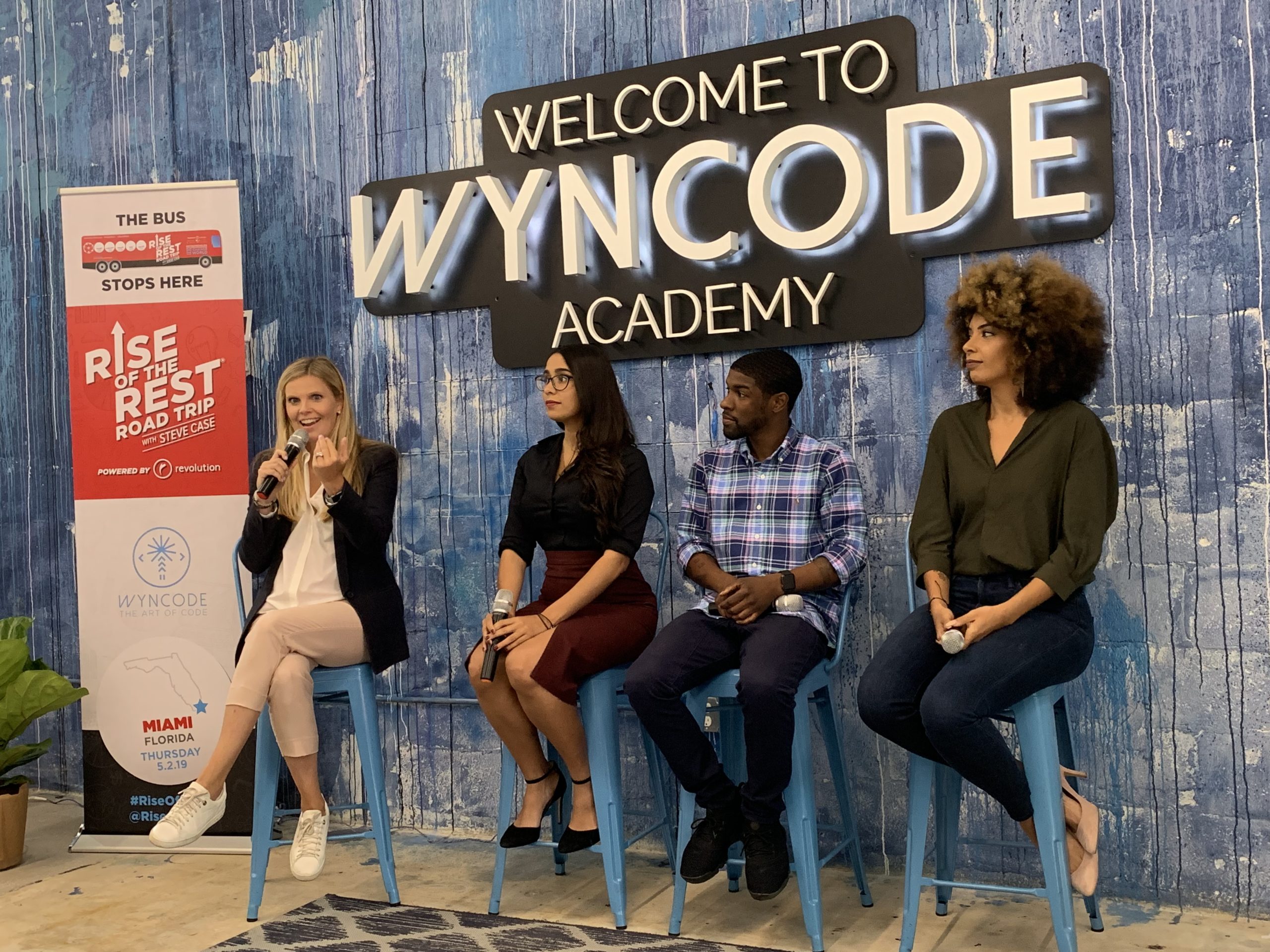 Wyncode was a stop on the Rise of the Rest tour in 2019, where former Wyncode students shared their experiences. 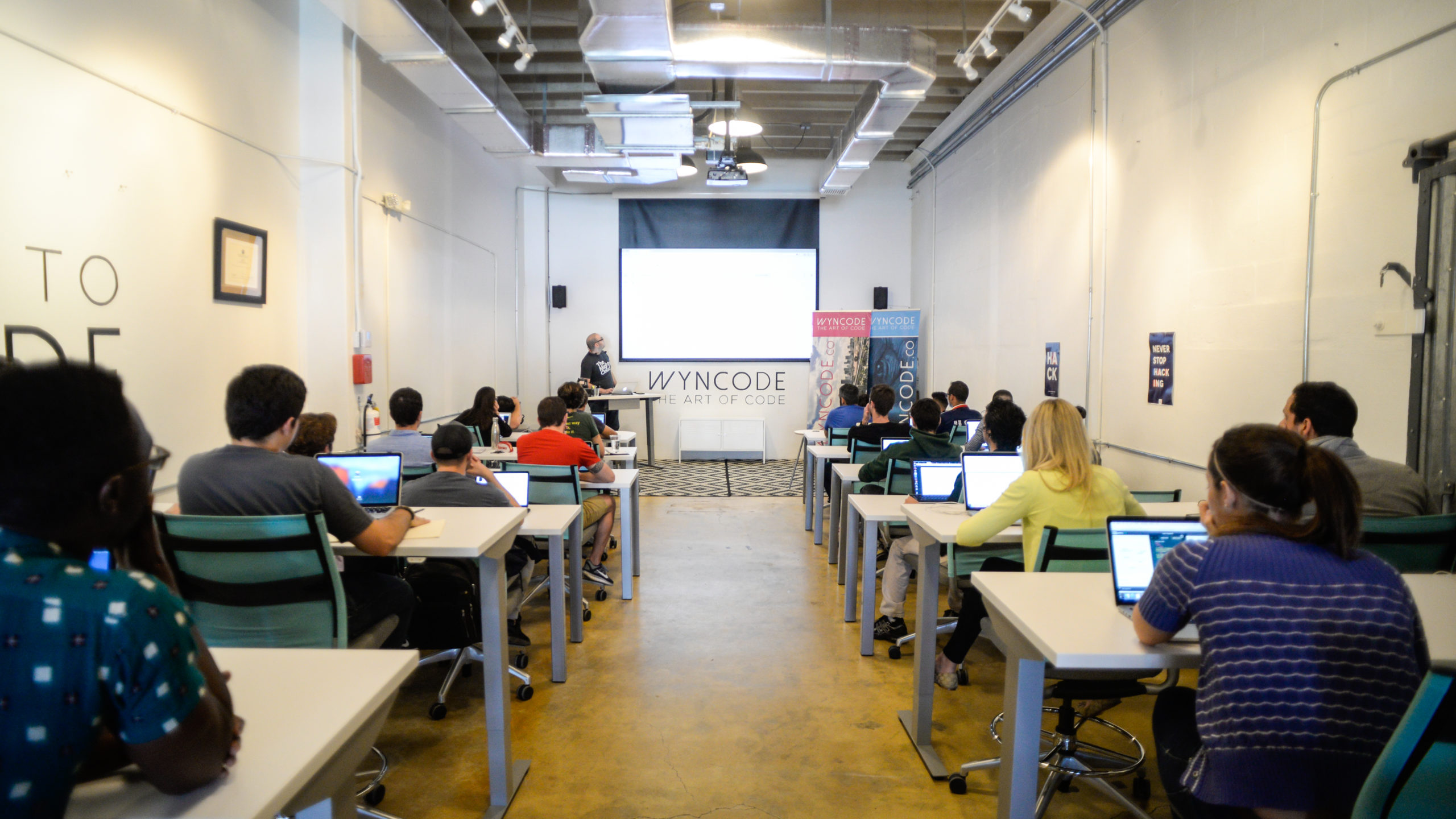