The Miami-based healthcare technology company will reportedly stay in Miami.

CareCloud, the homegrown cloud-based healthcare IT company founded by Albert Santalo in 2009, has been acquired.

MTBC, a New Jersey-based publicly traded electronic health records company, is the buyer in a deal valued at at least $36 million. The terms include $17 million in cash and 760,000 shares of the company’s preferred Class A stock, valued at about $25 each, plus the possibility of $3 million to $4 million more if certain conditions are met. MTBC announced the closing this week.

Ken Comeé will leave his role as CEO of CareCloud and serve as a senior advisor to MTBC. CareCloud CFO Noel Marsden will become divisional president. CareCloud, which has about 200 employees, will keep its operations in Miami, the South Florida Business Journal reported. 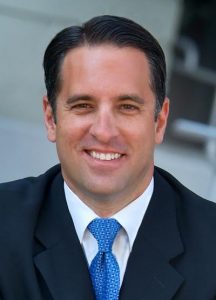 CareCloud was founded by Santalo, a serial tech entrepreneur who is now CEO of 8base, a low-code development platform, and considered an early innovator in cloud-based technology for electronic health records (he previously founded Miami-based healthcare-tech company Avisena in 2001). As CareCloud CEO, Santalo raised tens of millions from Silicon Valley venture capitalists such as Intel Capital, Norwest Venture Partners, Tenaya Capital and Adams Street Partners  in the early years and once had a vision of taking the company public. At one time the company had more than 300 employees, but began to struggle in later years in the competitive field. In 2015, Comeé, an investor and CareCloud board member, was installed as CEO, and Santalo left the company’s management and board in 2016.

Over the years, CareCloud raised $153.4 million in venture financing, according to Crunchbase. That includes $33 million from existing investors this past spring.

“CareCloud has built a strong brand with its advanced technology, award-winning design, and innovative team,” Stephen Snyder, CEO of MTBC, said in a statement. “CareCloud and MTBC are highly synergistic and we believe that our combined businesses will accelerate growth, yield greater operating efficiencies and provide more flexibility for future expansion through our combined offering.”