“What a fun ride… The experiences and memories here are something that will always be a part of me and I’m grateful for every second. To everyone that was a part of this space in any way, shape, or form, thank you for making it so special,” tweeted Will Weinraub, co-founder of LiveNinja, tweeted this week.

The former CEO of LiveNinja, which sold to Net2Phone in January 2017, was talking about the LiveNinja’s HQ offices at 120 NW 25th St., which were vacated last week. Founded in 2012, LiveNinja expanded into the offices in 2014 and employed about 20 people there at its height. But the industrial chic space on the third floor also served as a community convening spot for hundreds of entrepreneurs over the years. 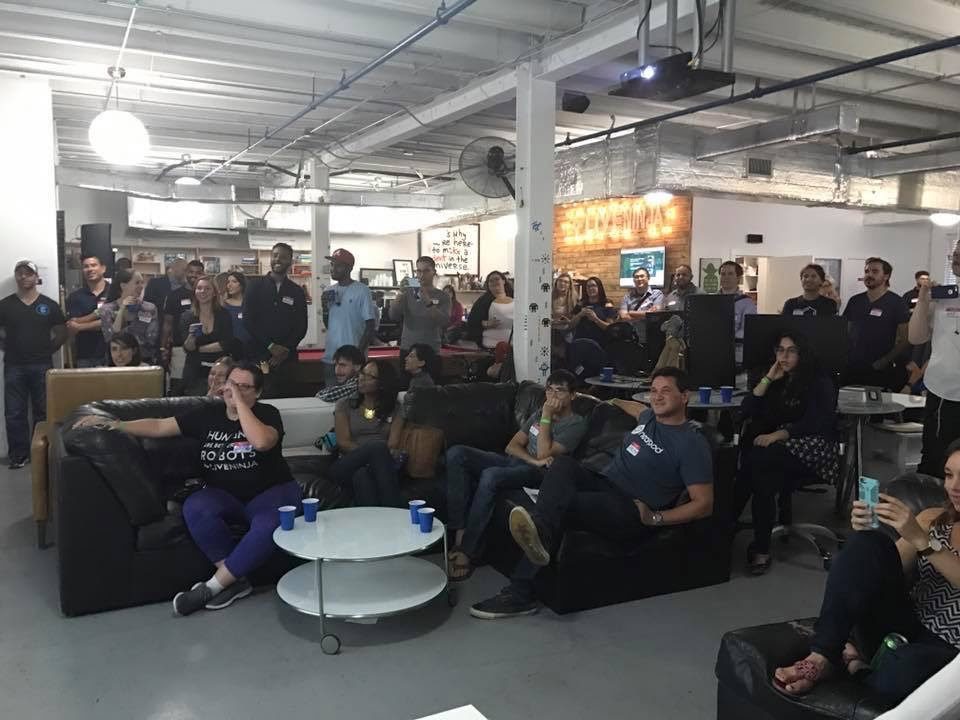 “Everything from community meetings to fantasy football league draft parties … #MiamiTech grew up with that space. Cheers @willweinraub … you can be proud of what you accomplished there,” tweeted Brian Brackeen.

“Many friendships came from meeting other entrepreneurs over a waffle and cortadito in the early days of Wynwood/#miamitech,” Mario Cruz tweeted. “Thanks to @TheRealWife for bringing me to my first one and Will and Fonz for creating this fantastic environment.”

“Waffle Wednesday was one of the bridges for me into the Miami community – met @M1LESV, @mygroft (who taught me how to make my first colada), @nicberardi and many others. Good ole Wynwood days,” tweeted Jon Belgrad.

Alfonso Martinez, co-founder of LiveNinja, was  also Waffle Wednesday’s Head Chef, cooking up a new and uniquely Miami creations every week. By his estimates, more than 70,000 waffles were served over the years. The morning event also always included a presentation from a company or community group, Wyncode, StartUP FIU, The New Tropic and numerous startups among them. And there was plenty of networking going on over waffles and Cuban coffee (or waffles and beer some evenings). A little more Waffle Wednesday history can be found here on the blog of The LAB Miami, another #miamitech institution in Wynwood.

Weinraub, Head of Product Marketing at Net2Phone who continues to be a startup community leader, acknowledged all the connections and special relationships formed within the office walls and added: “Huge thanks to Matt Haggman, Rau Moas and the Knight Foundation for all the support provided over the years to make all of it a reality.”

Let’s look back through a few more pictures. 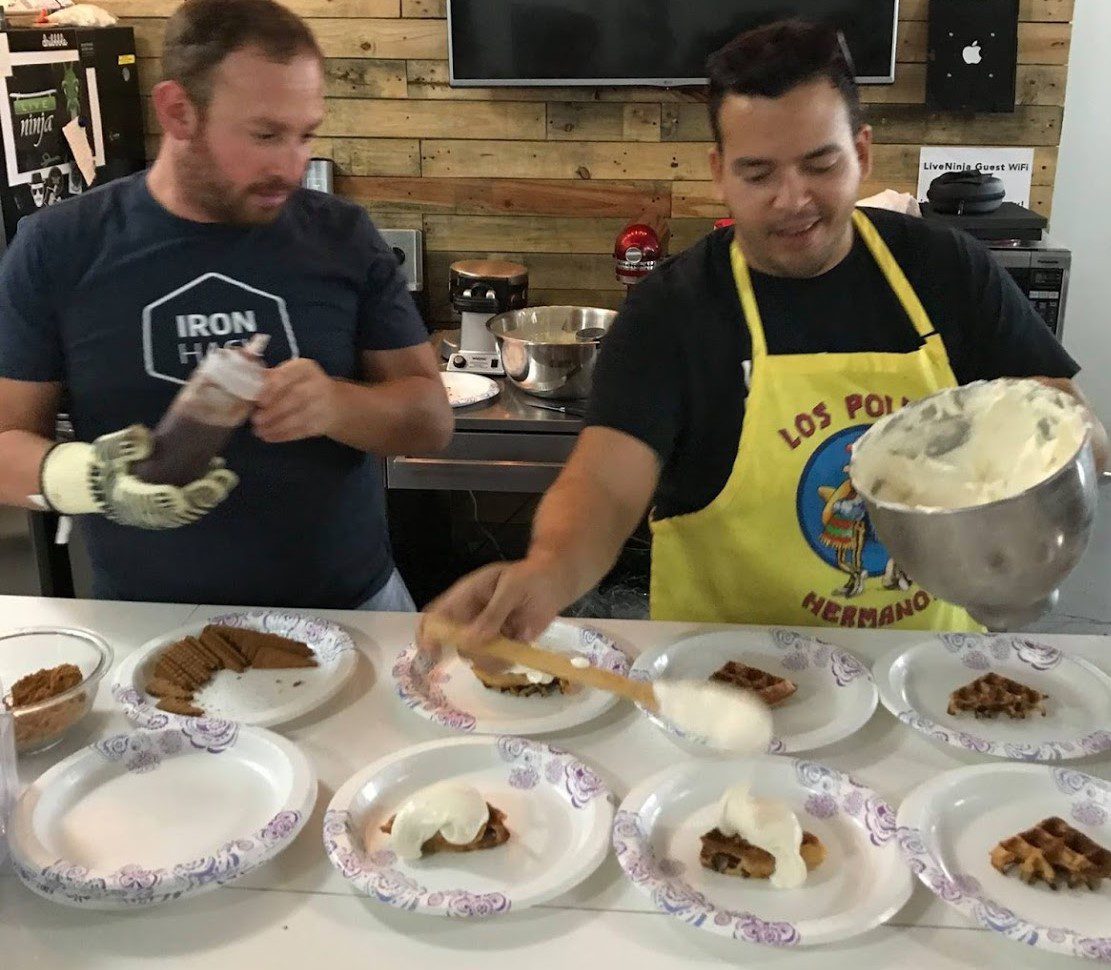 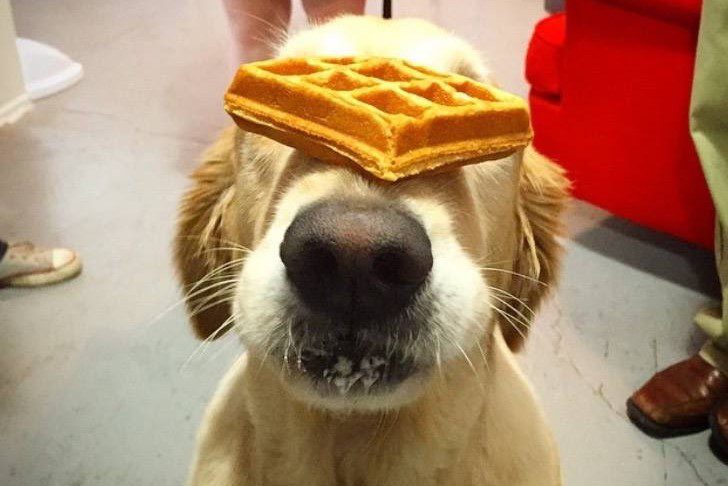 MOVING ON AND MOVING IN …

Meanwhile, tech is still moving into Wynwood, albeit with developers flocking to the area and rents rising to the sky, it’s not so much the scrappy homegrown variety moving in anymore. And it’s a different Wynwood.

Just south of the former LiveNinja HQ, Spotify signed a lease for 20,000 square feet of office space at the Oasis in Wynwood for its South Florida headquarters, The Real Deal reported this week.

The Real Deal said the music streaming company had been looking for office space in Wynwood and surrounding neighborhoods for months. The Oasis in Wynwood is a mixed-use adaptive reuse project under construction at 2335 North Miami Ave., in which repurposed warehouses will surround a courtyard with retail, a stage, an outdoor bar and a food hall.

Wynwood is also home to LiveNation and WeWork, and Apple and Google have also reportedly been scouting for space in the neighborhood, where new office buildings and luxury condos are going up, the Real Deal said. Read more here.