COVID stories: EveryMundo sees big opportunity on the other side, despite  ‘the toughest of times’

“A crash course in crisis management” -- that’s how Seth Cassel described back in May what it was like leading Miami-based EveryMundo during the global pandemic.

EveryMundo, the world’s leader in fare marketing technology for airlines, counts more than 50 major carriers as customers in one of the hardest hit industries in the COVID-19 crisis. We had a chance to check back in with the Miami-based tech company last week on its plan to get to the other side of this unprecedented crisis.

“It's easy when things are going well. The great companies are the ones that make it through the toughest times,” said Cassel, who is president of the company. “And this is inarguably the toughest of times.”

While there is still a lot of uncertainty about when a recovery in the airline industry will begin, Cassel said the opportunity on the other side makes it all worth it.

“We operate in an industry that historically grows at low single digit percentages and we have managed to build a growing small business at double digit percentages. And soon enough, we could be operating in an industry that will be growing double digits as it recovers, yet still have a lot of those same fundamentals as a stable well established industry. And that's an opportunity,” said Cassel, who founded the company with CEO Anton Diego (pictured above).

“The ultimate motivating factor is that our business could accelerate far beyond our initial wildest dreams if we can get there – now that if is massive.”

Survival is first and foremost but a few recent changes EveryMundo made will help. Cassel said the company reevaluated its organizational structure and leveled up a large cross section of the team to give them a new structure with more autonomy and more responsibility. And on the product side, EveryMundo has continued signing new customers for its fare marketing products and services but it has adjusted its commercial model, which requires EveryMundo to deliver the products more efficiently and more effectively.

EveryMundo, which employs about 100 people, was also the fortunate recipients of the PPP and more recently a much larger Main Street Lending Program loan, Cassel said.

“Those two assists from the government have allowed us to feel comfortable about our survival … The way I describe it is, we have to continue to keep an eye on two inches in front of our face … One misstep could like blow off a limb. But we have a suit of armor now, because the Main Street loan ensures that we have enough capital to get through what I would consider to be a doomsday scenario.”

He adds, “I don't know if we'll be able to do everything the same way we did beforehand but the good news for us is that we've always put agility high on the list of things that we make sure we prioritize and so I think that's going to be tested here.”

Miami will be rooting for EveryMundo to come through this pandemic crisis because it is the type of company every city wants more of, the entrepreneurship organization Endeavor Miami believes. That’s because homegrown growing tech-enabled companies of 50 employees or more that are  led by local entrepreneurs create the majority of new jobs for an economy, tend to reinvest more in their communities through philanthropy and spawning other firms, and are better positioned for growth in the future, a new report by Endeavor Insights researchers says.

Endeavor Global’s report says that companies like EveryMundo – the report calls them “BEST Businesses” for Big (50 or more employees), Entrepreneur-led, Super-Productive (firms with higher rates of productivity per employees such as software companies), and Tech-enabled – are highly associated with local economic growth. (Find the report here.)

“Though less than 2% of companies become big (50 or more employees) by the time they are 11 to 15 years old, these companies produce the majority of the jobs created among businesses in their age group,” the report said. (See graphic from the Endeavor Insights report below) 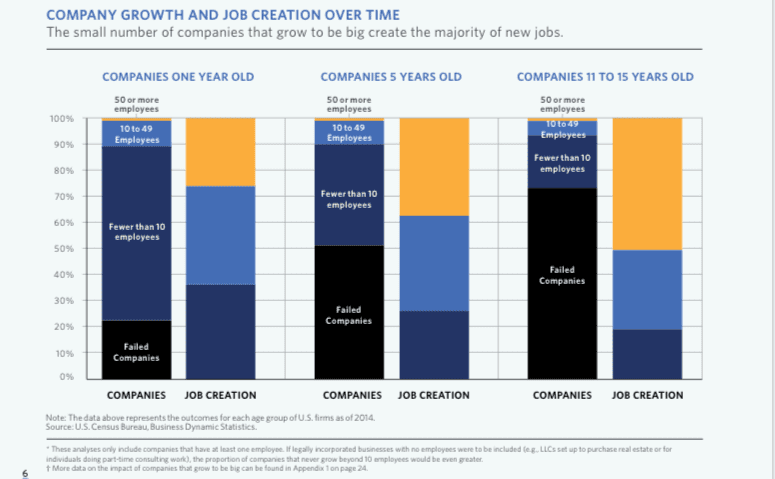 A case study on the Miami metro area included in the report showed that the metro area has a higher concentration of BEST businesses than the nation as a whole. It also noted that its more than 220 businesses in this category were on the whole younger than those in the rest of the country.

BEST companies also tend to be more community focused than companies that relocate and spawn new companies and top talent.

I thought of EveryMundo, which was selected to join the global Endeavor network in 2015, and something Cassel said in an interview in 2019.

“We are trying to constantly strive for operational excellence to be a best in class employer in Miami. We’re not building something just to unload it. I can’t say that will not happen someday and someone would buy the company, but I know we are building the company for it to outlive all of us. We love that idea. We think Miami could use more companies like that and we would be very proud to be one of them.”