Founded in 1995, e-Builder set out to  develop and sell software that takes the waste out of the construction process and reduces costs for the owners, usually large enterprises such as healthcare companies and universities and municipal governments. Co-founder Ron Antevy shared the story of the Plantation-based tech company with Refresh Miami this week.

“When I looked at this I said “yea, I’ll do this for 3 years, it will be fun, we’ll put these things in place, we’ll flip the company and we’ll be done. Twenty-one years later, here I am, “ said Antevy, who joined his brother Jon in building the company just a couple of years after the founding.

The Antevy brothers stayed on after their $500 million exit – we’ll get into that – but first let’s hear about some of the lessons learned from the e-Builder journey. Ron Antevy joined Olivia Ramos, CEO of prop-tech startup DeepBlocks, in a fireside chat at Refresh Miami's monthly meetup at TheVenture City this week.

Ron Antevy said he doesn’t know how the company got through some of those early years, which  included selling enterprise clients not only on their product but also on the whole Internet thing they didn’t understand. The first few years were tough enough – then came the dotcom bust.

Amid the rubble of dead dotcoms everywhere, somehow e-Builder emerged without losing customers. The concept of recurring revenue wasn’t a thing back then, but they thought, ‘we still have customers paying us every year  -  we can build on that.’

Here’s how they did that:

Pick a niche that you can own.  It was learning by trial and failure, until year 9 when the team made a big shift. Instead of relying on incoming leads and trying to sell to anyone with a checkbook, the co-founders decided to focus its sales on 800 healthcare companies in the U.S. “In hindsight, it was one of the smartest things we ever did. We became really good at understanding what hospitals need.”

Know when it’s time to switch the focus from product to sales: About the same time, the brothers decided to make sales – not product – their 100% focus. Together, these two decisions put the company on the road to faster growth.

Today 1 out of 6 hospitals in the country use eBuider. It now also focuses on government, education and commercial development. The City of Miami, Miami Beach, Miami-Dade County, Mount Sinai, Jackson and others are using its management platform for construction. It’s customer renewal rate is 97% and net retention is 110% -  that’s best in class.

“Our first customer is still a customer, we have had a recurring revenue stream for 24 years from that organization. At the end of the day, that’s what you want,” said Antevy.

There are lots of tech tools out there now, and it is easy to hide behind those tools. But in big sales like eBuilder’s, human to human selling is critical. Antevy, an engineer, was in denial for the first few years believing that’s not his role, but as a leader and founder, it had to be.

Pricing – art or science? You have to base your pricing on the value you are creating, Antevy says.  eBuilder asked every customer to write down the three outcomes they most wanted to get from the platform and sign it. Then the team figured out a way to track those desired outcomes, called critical success factors, so the company was assured the value from e-Builder that they expected.

Put in right team for right stage: “It took us a long time to figure out how important it was to hire the right people and how important culture was.  We made every single mistake. We learned the hard way,” said Antevy/

One key learning: “The same people who were awesome to get you to the $10 million level aren’t the right people for $25 million, $50 or more.  The signal hardest thing was making the changes in those people. You feel so much loyalty to them,” he said. They had to figure out how to carefully and respectfully move people to other roles so they could bring the right people for scaling.

Establish investor relationships: The company was largely self-funded up until exit. But Antevy began taking meetings with interested investors a couple years earlier, knowing that at some point the brothers may want or need a partner. The investors would call periodically always asking about revenue and growth, so the brothers knew interest was mounting.

“I would tell them, we are not selling, we don’t need money, but we will listen to what you have to say. Growing 25 percent a year, we started thinking it would be nice to have a partner investor in this, and to take some money off the table, so we started talking to them.”

Interest from Silicon Valley company Trimble in buying the entire company came as a surprise. However, Antevy clicked with the CEO, who explained Trimble’s vision for e-Builder. “He made me feel like nothing was going to change. 18 months later that turned out to be the case. They have been true to their word.”

Both Antevys stayed on. Ron is running four divisions for Trimble, including some that offered competing features and services. “I’ve never worked harder and I am enjoying it.”

What’s next? No doubt there is value in the data e-Builder has been collecting since day 1.  “We probably know better than anyone out there how much does it cost to run a hospital.”

But the largest opportunity still is the original one that e-Builder was built upon:  cutting waste from the industry’s processes, said Antevy.

“Even if we can cut just 10 percent of the waste out of the construction process in the U.S., It would pay for the entire infrastructure problem we are having here in this country.” 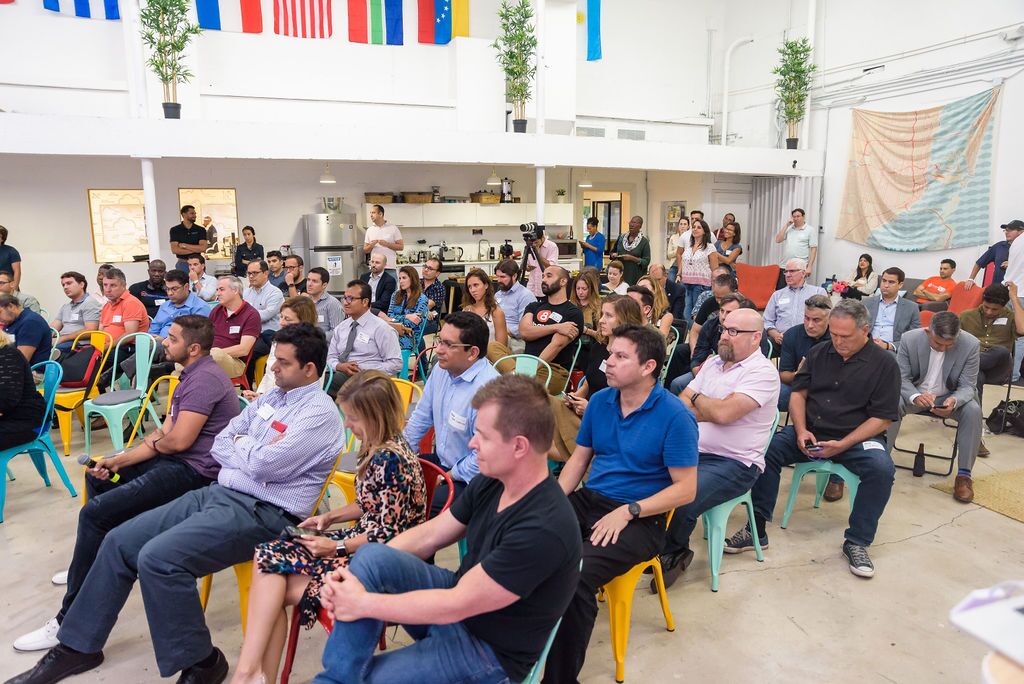