Manny Medina opened the 6th annual eMerge Americas reflecting on how far Miami has come as a tech hub for the Americas.

“It was our desire to change this ecosystem in Miami in a way that is permanent," said Medina, founder of the conference and CEO of Cyxtera. "I think we are there.”

He cheered on the startups too. “This year’s class of startups is phenomenal,” said Medina, adding that many in last year’s class have been funded. “This year we have the most amount of money coming to eMerge Americas, a plethora of family offices and funds eagerly looking at the startups.”

And he said the opening keynote speakers best reflect how far Miami has come as a hub for the Americas: Paulo Passoni, managing partner of Sofbank’s new $5 billion Innovation Fund focused on Latin America, and Steve Murray, who leads the Revolution Growth fund, a fund focused on tech hubs outside the big hubs of Silicon Valley, New York and Boston.

Latin America has been starving for capital,” Passoni said, noting that only $5 billion of VC has gone into Latin America in recent years. “We think there is a great opportunity in LatAm to create amazing companies.” Passoni will be helping to steer the fund from a new office in Miami.

Passoni said in three weeks the fund has already met with 140 startups, either flying them to Miami or traveling to where they are. There was some news released too: Miami is in the running to be Softbank’s AI hub for the region, Passoni said. Sao Paulo and Mexico City are also being considered, he said.

[Citing sources, Bloomberg reported on Monday that SoftBank Group Corp. is close to making a $1 billion investment in Latin American delivery app Rappi and that the investment into the Colombian startup was expected to be made by both Softbank’s new Innovation Fund as its Vision Fund.]

“We think the next wave [of tech] is going to be more substantial, more transformational with more opportunities,” said Murray, who spent 20 years at Softbank (first investment: Yahoo) before joining Revolution. 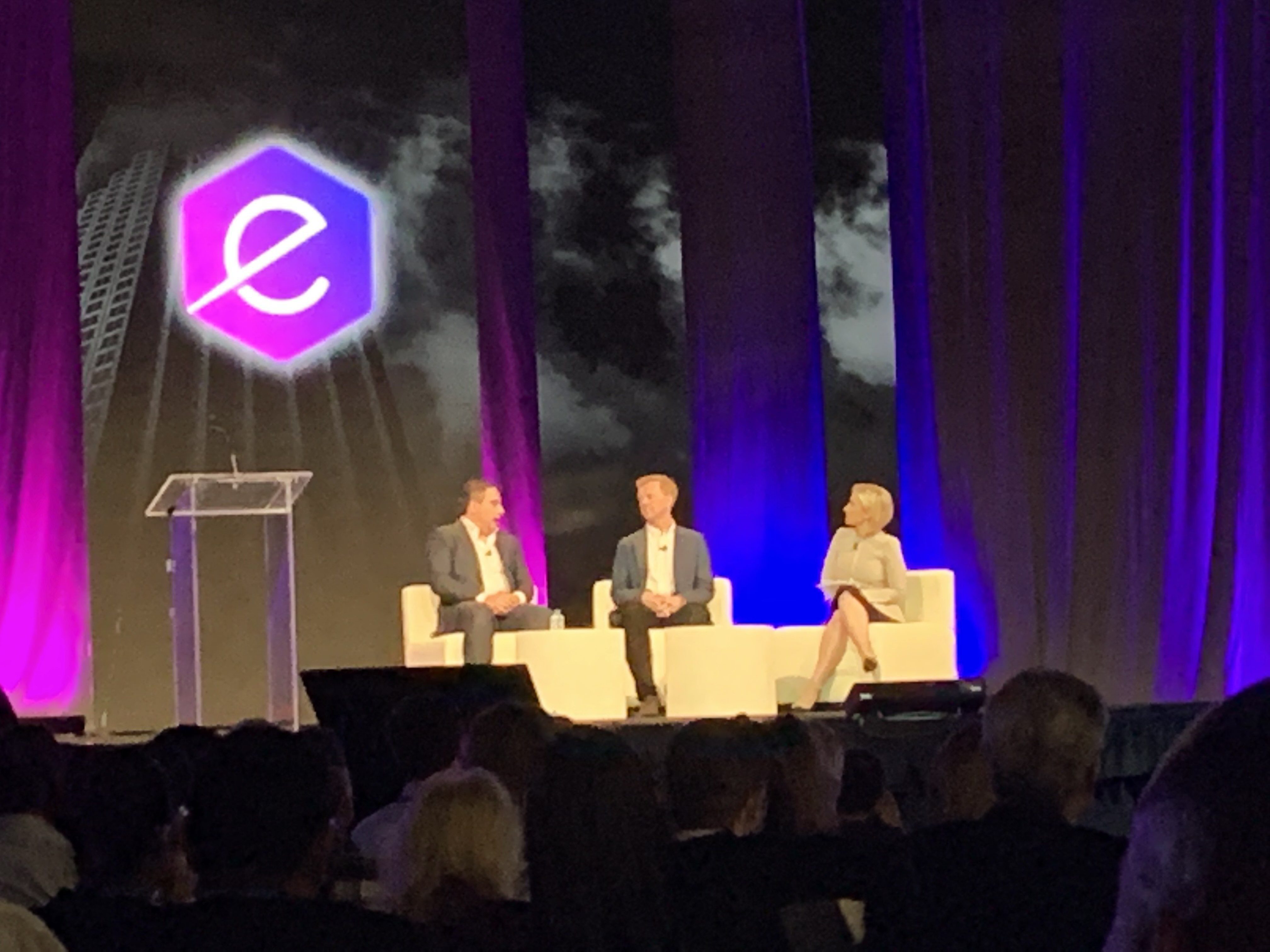 Paulo Passoni and Steve Murray talk about their funds

Murray said a place to focus is on retaining university talent – the “lifeblood” of an ecosystem. Miami and other cities have come a long way and need to keep evangelizing, he added. And evangelizing is what eMerge is all about.

Out on the expo floor, 130 startups vied for investor attention, and some took part in new matchmaking platforms at eMerge this year. SunVessel was hard to miss because it was offering rides on its scooters. Universities were showing off their latest tech, Magic Leap was demoing its Magic Leap One, and enterprise tech firms and organizations such as the Beacon Council and Knight Foundation welcomed conference goers to sit a spell and check out their displays. 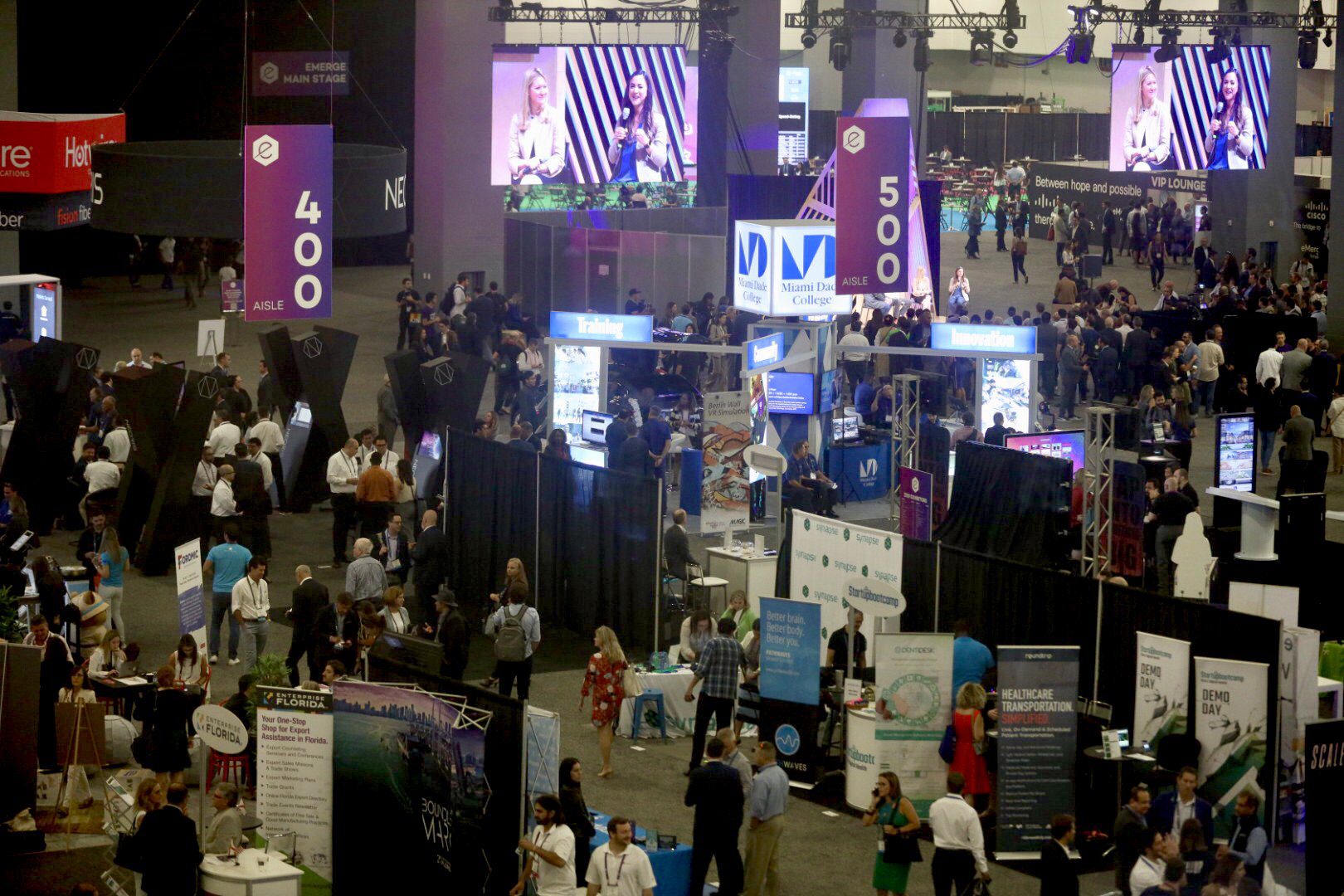 eMerge is anchoring a whole week of activities, that kicked off with the eMerge Americas Hackathon and Startup Bootcamp. Other organizations joined in to offer meetings and events in the days before and after the conference, including a Latin American conference, an IDB Lab launch and Florida Funders, a state funding organization that is ramping up its presence in South Florida.

On Sunday before eMerge, for instance, Florida Funders hosted a conference for about 100 accredited investors (part of that money Manny Medina was talking about). At the all-day meeting, Florida Funders showcased some of its portfolio companies and its members also heard from the founders of South Florida standouts Boatsetter and Papa. Later, Silicon angel investor and author Jason Calacanis gave a fireside chat, telling investors in the audience that the world is their oyster because VCs don’t want to touch a company doing less than $3 million in revenue. “There’s no competition getting into these rounds anymore.” 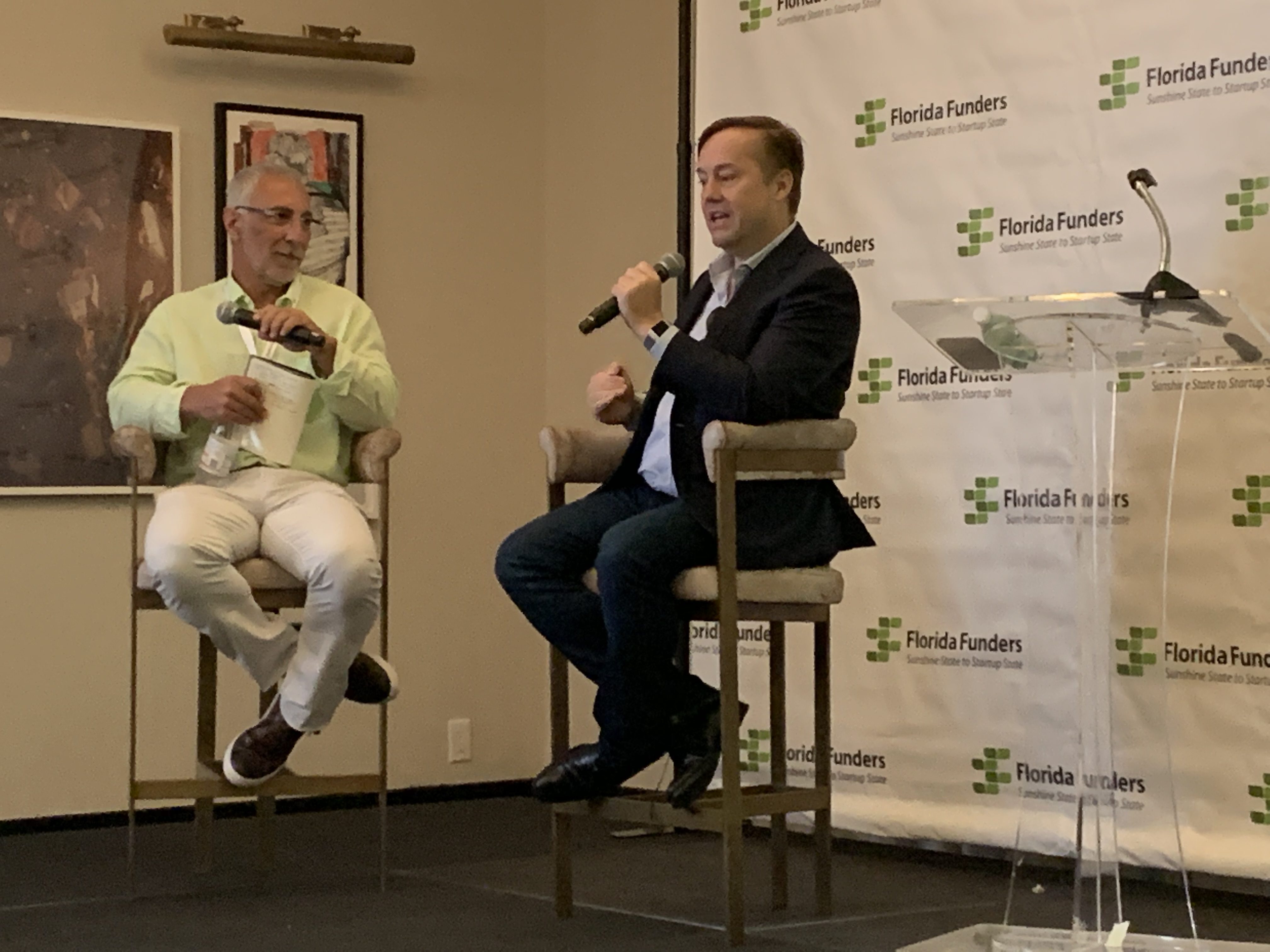 Saying that it is all about the team, he gave a shoutout to Alex Nucci of Blanket, one of his four portfolio companies from South Florida. “I didn’t even know his ideas, I just knew I was going to bet on him.”

Talking to an audience of investors, Calacanis advised them to do at least 25 startup interviews before making a first investment. Take your time and when you deliver the no’s, see which startups follow up with updates, he said. And similar to his appearance at Refresh Miami in 2018, Calacanis watched the pitches of two Florida startups VuPulse and Revolve, gave them some tough advice and also invited them to participate in his accelerator.

Speaking of pitches, it will be all about startup pitches at eMerge on Tuesday, with the finalists from the Startup Showcase pitching on the big stage, startupbootcamp Digital Health holding a Demo Day and female founders in the spotlight at WIT. Going younger, high school and middle school students participating in the Network for Teaching Entrepreneurship’s program will share their concepts. Visitors can also watch an engineering competition among the state’s top engineering schools on the second floor on Tuesday.

It’s all part of what Felice Gorordo, CEO of eMerge Americas, wants to see eMerge become: a year-round platform for ecosystem development.  “This is really a whole ecosystem community approach to celebrating and showcasing what we are doing in South Florida.”