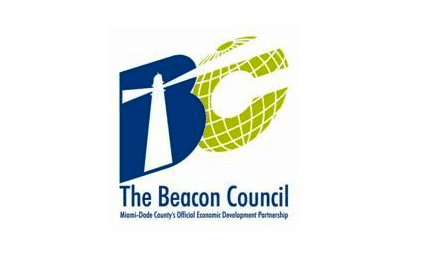 The Miami-Dade Beacon Council is launching an initiative to focus on a new segment of the aviation and technology sectors – drones.

Drones – officially designated as unmanned aircraft systems (UAS) by the Federal Aviation Administration (FAA) — are expected to become more popular. While the FAA is projecting growth over the next five years in “nearly every aspect of air transportation,” UAS represent a new type of aviation that offers accessibility to several types of operators and businesses. The FAA is predicting 3.55 million hobbyist drones, and 442,000 commercial drones will take to America’s skies by 2021.

“Commercial interest in unmanned aircraft systems is accelerating rapidly,” said Alex De Gunten, chair of the Council’s Aviation Committee. “Miami-Dade County is uniquely qualified to serve as a year-round hub of drone innovation, as well as the UAS gateway into Latin America.”

A UAS working group has been created within the Aviation Committee to develop strategies on how Miami-Dade County can capitalize on the increasing interest in drones. In their 2016 report “Clarity From Above,” PwC projects the global drone services sector will be valued at $127.3 billion by 2020. De Gunten says Miami-Dade County must act now to keep pace with other U.S. markets that are also vying for a share of the UAS industry.

As part of the new UAS initiative, the Council will be hosting a mini-seminar for local business leaders on Thursday, June 15 from 10 a.m. to noon at its offices. “Miami and Commercial Drones” will feature a current summary of how drones are reshaping several key industries such as agriculture, real estate, construction, and public safety.