Famosos.com is a Latin America celebrity engagement platform. You could call it the Cameo for Latin America but the vision goes deeper, explains CEO Andres Cohen, who is based  in Miami. But up first is launching in Brazil, growing its team, and expanding sales.

Today, Famosos announced it has raised $4.5 million in seed funding. The round was led by Flybridge Capital, with participation from Miami-based Pareto Holdings along with Village Global, Fj Labs and others, including celebrity investor Carlos Baute.

“I'm very proud to be receiving institutional money from the US as a Venezuelan. That excites me,” said Cohen, who first moved to Miami when he was 14. After earning his undergrad and Babson MBA in Boston, he moved to Miami again four years ago. Cohen and co-founder Heinz Sohm, a Colombian now living in Mexico, launched Famosos in 2019. “Understand that for us Miami is  the capital of LatAm and this the perfect place for Famosos,” said Cohen, noting all the celebrities, agents, managers, content partners and investors who are here. 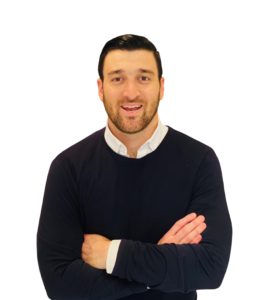 Cameo for Latin America? For now.

The big vision for Famosos is to be a super app, Cohen said. “It starts off as a video-shoutout platform, but it eventually has multiple different products to satisfy different needs, We started off with the video messages, but it's going to continue to evolve into any technology that can empower them to, one, monetize and, two, connect better with their audiences.”

The idea came to Cohen, who founded two previous startups, after he received a video birthday message from a favorite Red Sox player. Then he thought of the 700 million people that either live in Latin America or who are aligned with a Latino culture and learned there are 500,000 creators, influencers and celebrities in the region – a massive opportunity. To test the idea, Famosos produced a Shopify MVP with a Venezuelan celebrity in a day and the celebrity sold out of all 10 videos in 10 hours, he said.

With that initial success – plus knowing much bigger celebrity markets await in Colombia, Mexico and Brazil, Famosas soft launched in n December of 2019 with 67 celebrities.  For the official launch last year, the platform had grown to 400 celebrities. Today? “We have over 1,800 celebrities from 20 different countries on our platform,” Cohen said.

Use of funds? Big plans

With the funding, Famosos plans to grow its distributed team, now 22, to 40 people in the next two months.  So far, Cohen is the only team member in Miami but the startup is looking to hire a finance controller to be based here. Most of its team is in Brazil, Colombia, Venezuela and Mexico.

Famosos also plans to launch its platform in Portuguese and enter the massive Brazil market, as well as invest in attracting more celebrities and fans in its other markets.