‘Miami breeds innovation in a way we weren’t expecting’

Riding in as part of the California exodus to Miami, many VCs and founders are making themselves right at home. But some are already going further, making moves that show the Magic City will play a role in their work long past the COVID crisis.

Harry Hurst, the founder of Pipe (pictured above), is among them. In fact, two of the top people at the California venture-backed startup are based here now – Hurst, the co-CEO, and Michal Cieplinski, COO and chief legal officer. The recently launched Pipe is a new kind of marketplace that enables entrepreneurs to grow their business on their terms, the company says. By treating recurring revenue streams as an asset, Pipe allows companies to transform their recurring revenue into upfront capital for scaling, without debt or dilution, and for investors, Pipe has unlocked the largest untapped asset class.

After evaluating several cities in depth, Hurst, who was in Los Angeles, and Cieplinski, from Silicon Valley, made the decision to relocate in August, and wasted no time. After their moves in September, they opened the startup’s first Microhub in October in Wynwood where Cieplinski and his family also reside.

What’s a microhub, you ask? In a post-COVID world, it could be the model that replaces the traditional centralized office. Let’s let Hurst explain his concept.

Pipe has team members in in New York, Portland, Seattle, California and Europe and these hubs will help with that network effect of being together, he said.  “So the way we see it is as we build up hubs of people within the company, it makes sense for us to invest into strategic locations and set up physical space for people to be to, at their leisure, collaborate in person once it is safe to do so. It is  never going to be mandated that you need to be in the office, but what we are trying to provide for is a quiet, private collaborating space for our team members,” said Hurst, who is building his third startup and raised $60 million in venture capital during the pandemic.

Miami is Pipe’s first microhub. Hurst says the next one for Pipe’s distributed team will likely be in New York City, based on where team members are geolocated.  Pipe, already an internationally-focused company, likely will open microhubs in Europe and Asia, too. “It’s an exciting scalable concept,” said Hurst, who also wrote about it in Forbes.

Cieplinski said that microhubs also sprout from their strong belief that distributed teams are the future and “Silicon Valley” is a concept, not a location.

“We’ve been more than surprised by the warm welcome by the Miami mayor, who is a fantastic leader for this new Miami that is being built right now -- the Tech Miami, “ said Cieplinski. Indeed, in addition to Twitter welcomes and cafecito invitations, Mayor Francis Suarez this week held a 2-hour Zoom call and answered dozens of questions from the more than 250 people in attendance, as well as participated in a well-attended Clubhouse chat hosted by Maxeme Tuchman in the evening.

Hurst and Cieplinski considered several cities, including Austin. But one of the factors winning Pipe over  was the connectivity of Miami, with the two major international airports and large hubs for American and JetBlue. “It has much better connectivity than Austin and is also 2 hours from New York, 6 hours from Europe, 8 hours to Brazil. It has amazing connections,” Cieplinski said, and the time zone is also a plus.

Once here, other attributes came into view, including that mayoral welcome. “Knowing that tech is so strongly supported in Miami is invigorating. California took tech for granted. It is time to spread the innovation throughout the US so other locations can equally benefit from it,” Cieplinski said.

The abundance of office space and co-working options in the Miami area is also a huge plus, he said.

“It’s ready for tech. I wasn’t expecting this coming from the Silicon Valley bubble. We are saving thousands of dollars on office space by having it here in Miami, which enables us to look into hiring local talent.”

Pipe is now a distributed team of 19. “We are looking for talent, and as we meet with folks it is becoming easier and easier by the day,” Hurst said, adding that product, engineering, sales, business development and marketing are some of the areas it is looking for. “We are always looking for the best of the best engineering talent.”

About the influx of investors from California, New York and other places, Hurst added: “There are a lot of talented people moving to Miami, but let’s not forget there are incredibly talented people that are already in Miami who can now benefit from the exposure that Miami is having from that build-up of the two equally important sides of the marketplace as it related to technological innovation. It’s that balance of amazing company builders but also amazing company investors that is just going to compound over the coming quarters. We are going to wake up one morning in 2021 and just have this amazing, bustling ecosystem in Miami that didn’t necessarily exist to the extent that it does today just a year ago.”

Hurst and Cieplinski say there are more founders on the sidelines considering relocating, and Pipe’s move is a strong signal for them that the area is serious about tech. Hurst and Cieplinski are investors too. “For every one investor with AUM who moves here that can potentially propel 30, 40, 50, 100 founders to be successful in Miami,” Hurst said.

Adds Cieplinski: “Harry and I are really committed to building the tech ecosystem. We’re actively hiring and looking to mentor young entrepreneurs in the Miami area … We are investors too – we want to find the young talent – and with the connections to Latin America, Miami is very special. It opened our eyes to the world more than in the Bay Area. There isn’t a week when we don’t consider Latin America or Brazil – in Silicon Valley, we wouldn’t have thought about it. Miami breeds innovation in a way we weren’t expecting.” 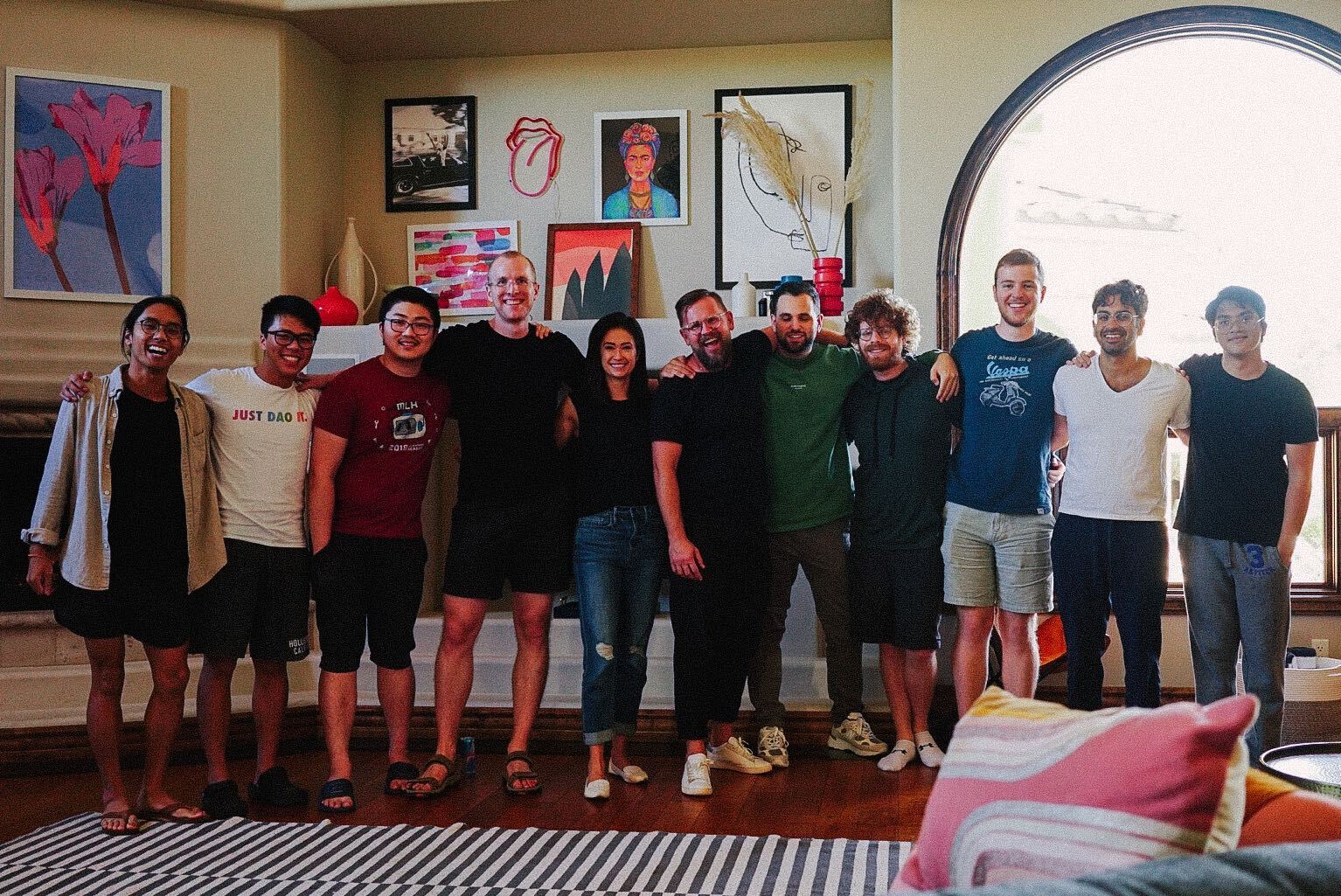 Some of the Pipe team, pre-COVID.

Why VC David Goldberg made the Miami move