For civic tech with local impact, Code for South Florida answers the call

Earlier this month, WLRN reporter Danny Rivero put out a simple tweet asking if there was a Miami coder that could help him with a side project, a database.

Turns out that database was of complaints against Miami police officers that is public information but not easily accessible unless you are a journalist like Rivero. He wanted to make it public and searchable.

Gregory Johnson, founder and program director of the nonprofit Code for South Florida, answered the call. 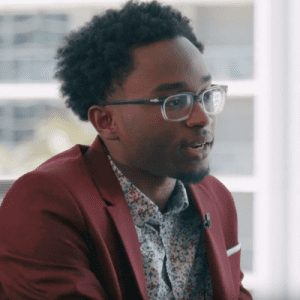 Within  two days, Rivero and Johnson (pictured above) had a prototype and a week later Rivero announced on Twitter the beta launch of Badge Watch, a website that tracks use-of-force incidents and citizen complaints against City of Miami police officers.

“The idea is simple,” Rivero tweeted. “You pull up the site Badgewatch.org. You insert an officer’s name or badge number. In turn it will show you data about what date the officer was hired and that officer’s disciplinary history.”

Rivero pulled the data piece by piece from the City of Miami Citizen Investigative Panel documents, and so far the database has info on all complaints investigated by the CIP since October 2018. Rivero said he plans to continue going back further and adding to it in the days and weeks ahead. “The goal is to have this as comprehensive as humanly possible,” said Rivero. A mobile app is also in the works. You can read much more about Badge Watch in Miami New Times story here.

For Johnson, BadgeWatch.org is the kind of impactful civic-tech project that Code for South Florida members can help people out with or initiate on their own. “What was really unique about the idea is there is this information that was caught up in these reports that most people couldn't access,” said Johnson, who is also a civic tech innovation fellow for Microsoft. “I think this will be really helpful for a lot of people in Miami that probably didn't even know this existed.”

Code for South Florida, codeforsouth.com, is a nonprofit organization that builds services with public interest in mind, leveraging a network of technologists, designers and problem solvers. It leverages open source data, builds prototypes, and supports data collaborations that push to make South Florida better. Code for South Florida currently has about 49 active volunteers. (Shown at top of this post is their National Civic Hacking Day event for 2019)

With Johnson at the helm, in the past year Code for Miami and Code for Broward have come together under the Code for South Florida umbrella. Each organization will resume in-person open hack nights again when it is safe to do so, and the organizations will work together to bring projects to fruition more quickly. Code for South Florida also has seven paid staff members (mostly part-timers and contractors) in addition to volunteers. That is a first for the organizations.

The staff is diverse -- by design. “When we were hiring, we made sure to make it as open as possible, to not make it a one-sided tech bro culture,” Johnson said. “It was important that is was an environment that people of all different shades, colors and backgrounds could be a part of.”

Shakeia Kegler was part of Code for Fort Lauderdale (now called Code for Broward) when the groups began talking about combining under the Code for South Florida umbrella. “I thought it was such a great idea because it gives us the opportunity to expand our reach, and it also gets a lot more people involved in the civic tech space." She is now the Broward program manager for Code for South Florida.

“We will be doing a refresh here, and focus more on establishing connections to be partly an extension of the agencies and cities here in Broward …  to give us the ideas to develop new programs and working our existing programs into the fold,” said Kegler, who is also the founder of GovLia, a startup. “We want to bridge that gap between our government and our community.”

Code for South Florida has a number of larger projects in the works. Johnson described two he is particularly excited about.

One of them is called PeopleBudget, which Code for South Florida has been working on with a group of computer science students from Miami Dade College. The idea is participatory budgeting and making it easy for people to learn about how local government budgets are being spent as well as giving residents the opportunity to say where they would you like the money to go, said Johnson. “We're really excited about that because we went through the whole process of discovering, prototyping and introducing civic tech to these students, and really just giving it to them to take these ideas and develop on it.”

Johnson said Code for South Florida is working with the City of Miami to get the project into a pilot test.

Another project is Local Air, which involves placing low cost sensors in public spaces – there are already several around metro rail stations -- and the idea is to monitor air quality, as well as temperature and humidity, to look at the correlation between air pollution and COVID-19, which has been found by researchers, and how that is impacting black and brown communities. “With the data what we're really looking to do is work with subject matter experts and are reaching out to the city’s climate and resilience teams to get their look at it and we also collaborating with the EPA and Census,” Johnson said.

In response to COVID-19, Code for South Florida jumped on a couple of impactful projects. One is the Eviction Protection project that allows people to see a path of what happens county by county if you can’t pay rent.  Code for South Florida worked closely with Community Justice Project, another nonprofit, to create the tool.

And because during the pandemic being able to efficiently access cash digitally is more important than ever, Code for South Florida forged a partnership to bring a Code for America project called Get Your Refund, an earned income tax assistance initiative providing virtual tax assistance, to Florida.

What’s next for Code for South Florida? More exploration of ways the organization can come grassroots up to create change in a sustainable way, Johnson said. That might include helping nonprofits struggling with their digital transformations. He also said they will ramp up their own fund-raising efforts so that Code For South Florida can be sustainable.

“The goal is to create a model where Code for South Florida is known for being an action-oriented tech organization and bringing people from the public and private sector to want to work with us. We want to have a multitude of volunteers, whether they be people who are looking for jobs, people who just came out of bootcamps, or people who have jobs already, who work together to release projects in the open,  like Badge Watch. That’s what we are hoping to do.”

The photo of the 2019 National Civic Day of Hacking by Code for Miami and Code for Fort Lauderdale is by  Jonieth O'Neill.