Imagine getting ferried from one place to another in a self-driving Lyft. Whether this seems like a dream or a nightmare to you, it will soon become a reality.

Ford has just announced that it is collaborating with autonomous vehicle platform Argo AI to deploy self-driving cars through ridesharing app Lyft’s network in Miami later this year.

Vehicles will be deployed in specific service areas around the city. Miami is the first stop on this pilot program, which will continue on to Austin, Texas in early 2022.

In a statement, Lyft co-founder and CEO Logan Green said that “this collaboration marks the first time all the pieces of the autonomous vehicle puzzle have come together this way.”

Green continued, “Each company brings the scale, knowledge and capability in their area of expertise that is necessary to make autonomous ride-hailing a business reality.”

To start, vehicles will be manned by safety drivers to monitor the self-driving cars. Users will have the option to select these self-driving Ford vehicles when they choose their ride type in the Lyft app.

According to Ford, this initial deployment is just the beginning. The three companies plan to deploy a minimum of 1,000 autonomous vehicles on the Lyft network across various markets over the next five years.

As part of the deal, Lyft will receive 2.5% of the common equity of Argo AI, signaling the increasing appetite for ridesharing companies to take advantage of the latest self-driving technologies. Lyft had been developing its own autonomous vehicle systems, but sold the businesses to a Toyota subsidiary earlier this year.

Bryan Salesky, Argo AI’s founder and CEO, said in a statement that the collaboration “is special because we’re executing on a shared vision for improving the safety, access to and affordability of transportation in our cities.”

Adds Scott Griffith, CEO of Ford Autonomous Vehicles & Mobility Businesses: “Argo and Ford are currently piloting, mapping and preparing for commercial operations of autonomous vehicles in more cities than any other AV collaboration, and this new agreement is a crucial step toward full commercial success.”

Ford has put Miami at the center of its autonomous vehicle testing since early 2018, when the Magic City was named Ford’s first self-driving business launch city. In the past 3½ years, Ford and Argo AI tested autonomous vehicles by delivering pizzas for Domino’s, groceries for Wal-mart and, more recently, shuttling produce grown at schools to Miami-Dade families for the nonprofit Education Fund during the pandemic. While other companies were using quiet suburbs for their training, Ford's vehicles were traveling congested corridors like Brickell, Wynwood and South Beach.

Through this testing,  Ford and Argo AI have learned a great deal about operating in dense urban areas, and we think Miami’s streets offered a great education. Today, Ford operates three AV testing facilities in Miami, including a command center for operations and fleet maintenance, and together Ford and Argo AI employ more than 70 in the Miami-Dade testing program.

To be sure, mobility is a hot-button issue in the Greater Miami area, with spotty public transportation options and brutal traffic leading to some of the longest commute times in the country.

Might South Florida be on the way to becoming a top spot for alternative mobility solutions? Ford is not the only player making big bets. Last month, the Miami local government inked a deal with Silicon Valley startup Swiftmile to make it easier to charge e-mobility devices like e-scooters and e-bikes. And Elon Musk’s Boring Co. is in talks with various local governments around South Florida to build underground tunnels in an attempt to alleviate gridlock. 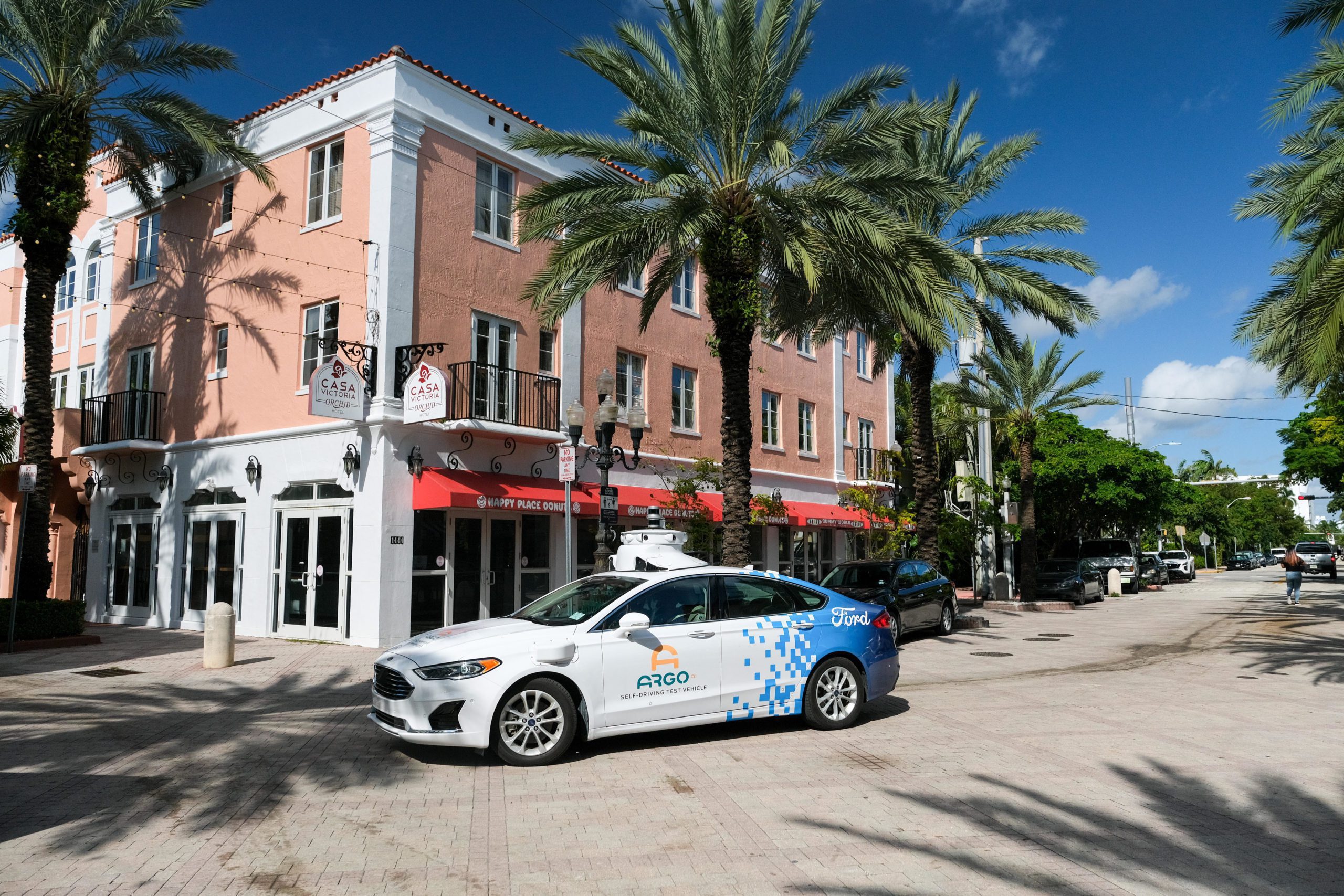 It’s now been 3 1/2 years since Miami-Dade became the first place in the world where Ford Motor Company would test and commercialize its new self-driving services.

Nancy Dahlberg contributed to this report.