Fresh off a successful 500 Startups Demo Day, Back Office, an automated bookkeeping platform for small businesses, announced Thursday it has raised $1.8 million in seed financing.  Active Capital led the round that also included 500 Fintech, PlugNPlay Ventures and angels from San Francisco, New York, Boston and Florida.

Back Office was co-founded by Felix Rodriguez, his wife Glennys Rodriguez and Edwin Mejia in early 2018 and is based in West Palm Beach. The startup helps small- to medium-sized businesses by automating their accounting and finances, typically cutting accounting expenses in half and saving business owners at least 20 hours a month, the company said.  “We just take it off their hands,” said Felix Rodriguez, Back Office’s CEO.

The team will use the capital to expand operations, enhance its technology and add complementary tools to help small businesses succeed.

The co-founders have three exits under their belts. Their first tech company helped small businesses with their web presence and grew to 50 people and about 3,000 customers when they sold it, Felix said.  “We’ve been building technology businesses ever since … but at the end of the day, the thing that kept coming back and was a core part of every business was having a good set of books.”

When Back Office was selected for the highly competitive 500 Startups Accelerator in Silicon Valley, as one of 20 companies in Batch 24, it had about 50 customers. By the completion of the accelerator, the company was generating over $600K ARR and had close to 300 customers,  Felix said. “We were getting as many new customers per month as it took us the whole first eight months. It was crazy growth and it was just the three of us — we had to quickly hire, we had to hire people over Christmas.”

Said Mike Sigal, partner at 500 Startups Fintech Fund: “We liked Back Office from our first conversation with them, but were quite frankly surprised – and thrilled – with the ramp up of marketing, sales and customer service performance they were able to receive during our program.”

The team moved out to San Francisco for five months for the accelerator, and then moved back. “South Florida is a great place to build a company with an immense untapped talent pool here,” Felix said. “I just don’t think we have the [investment] support system yet.”

During the fund-raising process, Felix sent a letter to Active Capital, a seed fund that invests in B2B SaaS companies like his.

“It was a cold email, a really good email — he had a lot of credentials and in his reach-out to me he did a very good job of painting the picture of why we would be a good fit together,” said Pat Matthews, founder of the San Antonio-based venture fund. “We traded emails and I went out there to meet the team and we all hit it off.”

Matthews is the co-founder and former CEO of webmail.us, an Inc 500 B2B company that sold to public company Rackspace in 2007. About Active Capital, Felix said: “It was not just the money. It was like here’s how we did it and here’s how we can teach and leverage what we know to help you build the company.”

Added Matthews: “Back Office is solving a big problem for a huge market, their execution so far has been amazing and I really look for entrepreneurial teams that have made a lot of traction without a lot of capital. They also at the same time have stayed very focused and built the core of the business without trying to do too much. … I think they have the makings of something great here.  It’s time to scale the company up.”

Back Office has about 12 employees now in West Palm and is in a hiring mode. “I think we will be at 20 in the next month,” Felix said. 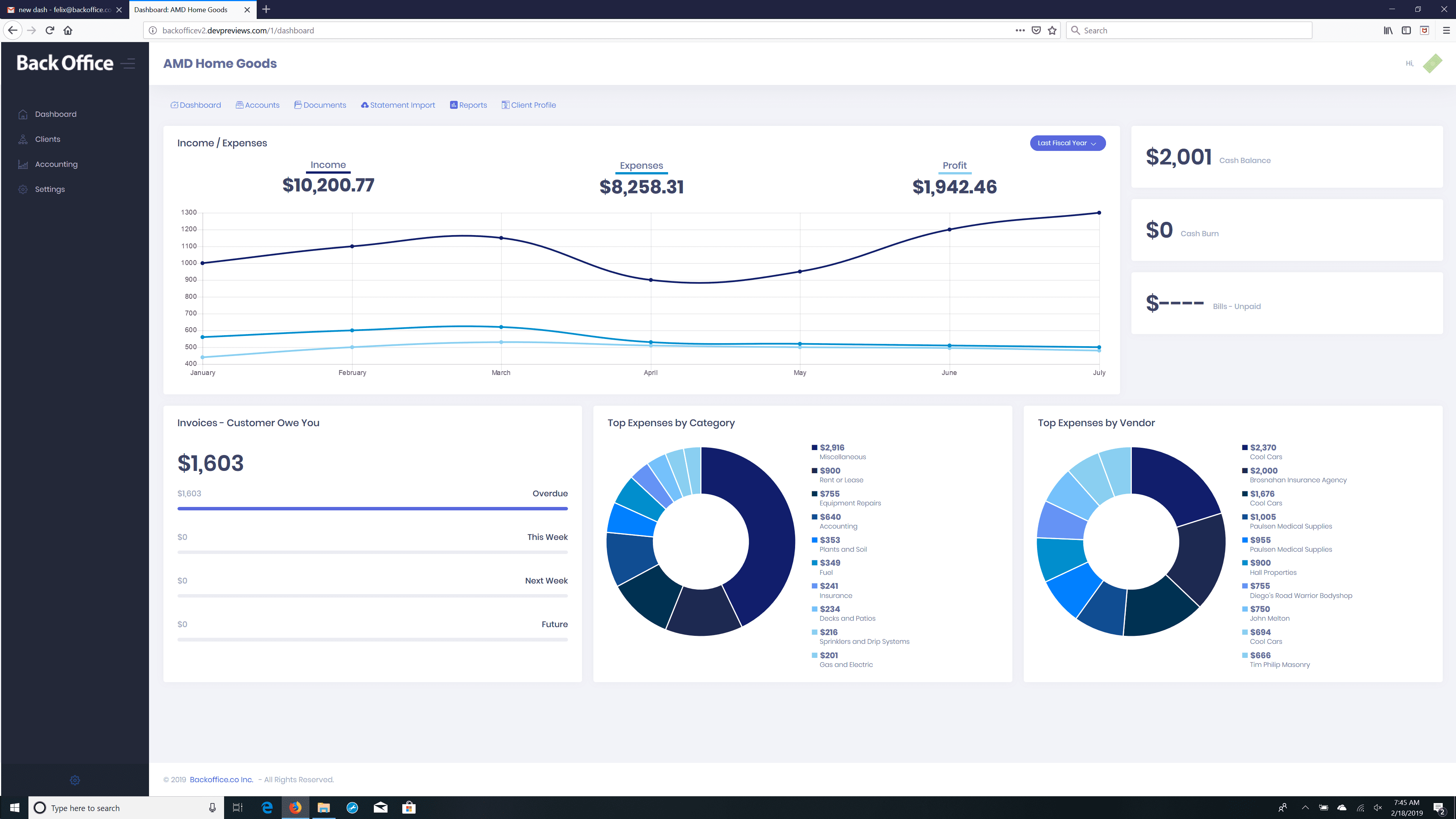