From launch to sale, the ups and downs of the BrightGauge journey

Keep your head down until you are profitable. It’s not about growth at all costs. Raise prices -- it’s OK!

It’s not your typical advice to a startup group. But for BrightGauge founders Brian and Eric Dosal, who recently sold their company and are at work on another startup (though they don’t like that word), the formula worked.

The Dosal brothers are fourth generation entrepreneurs – “we were reviewing financial statements when I was like 10,” Brian said. They both worked outside entrepreneurship for a time (Eric on Wall Street; Brian at IBM), then worked in their father’s business (Compuquip) and built and sold other companies before starting BrightGauge nine years ago.

At this week's Refresh Miami fireside chat at WeWork, moderated by Refresh founder Brian Breslin, the Dosal brothers engaged in some real talk about their experiences in launching, building and selling BrightGauge, the SaaS company for powerful reporting & analytics solutions for the MSP market. They built a strong company  -- while shunning the  "startup culture" mentality.

In the beginning there were a lot of lows, Brian said. They struggled with building the product, having trouble with their outsourced tech team. After six months of burning through their life savings – “pretty stressful” -- they hired a full-time tech team in San Francisco. They thought where else to find top tech talent? But it wasn’t a good fit. “They are just there for the paycheck and options … the culture was poisonous,” said Brian.

The "startup hustle" doesn't need to be 24/7, the Dosals believe.

Things got better when they began building a team in Miami. “We did not have ping-pong tables at BrightGauge. We want you to come in and do good work and then go home and be with your family,” said Eric. But they struggled with pricing, a topic a lot of startups mess up on.

The brothers, who never took in outside investors, said they lost sleep over whether or not to raise prices. When they finally did – they raised prices 80% and 95% of their customers stayed with them. “In our experience as long as you continue to deliver value, people are willing to pay more,” Eric said.

The low of the lows: At a point in 2014, they realized that their infrastructure cost was scaling faster than revenue. It was just not working – “terrifying.” So they made the difficult decision to build a brand new product, which would mean rebuilding all those custom dashboards they had created for customers.

“We were focused on getting to profitability as fast as possible. That meant less salary, that meant raising prices, whatever we needed to do,” said Eric. “There is no one feature that is going to all of a sudden turn your life around -- it is a collection of the value you are delivering over time.”

After that, BrightGaurge was moving in the right direction, cruising actually. And along the way, BrightGauge built a great culture. “We were trying to build a real company, not a startup. We have to take care of our employees, including work/life balance -- 24/7 and all nighters, that’s ridiculous.  Enjoy the business model that the tech world and the SaaS model provides,” Brian said.

In 2015 the Dosals realized they had a very special group, Brian said. “As anti-corporate as we were, we developed core values -- humble, passionate and good. It made it super easy to hire people. They had to fit those values.”

It wasn’t in their game plan to sell when they did.

Said Brian: “We were growing 50%, were having a great time, I loved BrightGauge and what we were doing.”

Yes, but … “ Eric was smart enough to say maybe this was our time.”

By then BrightGauge was 35 people, growing at 50% annually  and taking it to the next level -- $30 or $40 million ARR – would mean significant expansion, said Brian. ”We thought if there is enough money, at the right deal, we would take it.” There was (no, they couldn’t disclose the sale price).

You have to sell when your company is on the way up and you have a really good story to tell, added Eric.

The potential buyer was a company that they already had a relationship with, which helped to shorten the timeline of a stressful time, and they knew the buyer wanted to keep and build out the company. Really good attorneys are the most important in the transaction, they said.

Now they are building Strety, a SaaS company focused on how to motivate and engage people within an organization, and getting them fired up and aligned. “Everything I worked my ass off doing at BrightGauge,” said Brian.

Some takeaways they will take to the new business:

Brian said he regretted not being able to be transparent during the selling process, but they did share the love: “We gave out over $3 million in bonuses to the whole team.”

READ MORE: 5 questions with the new owner of BrightGauge 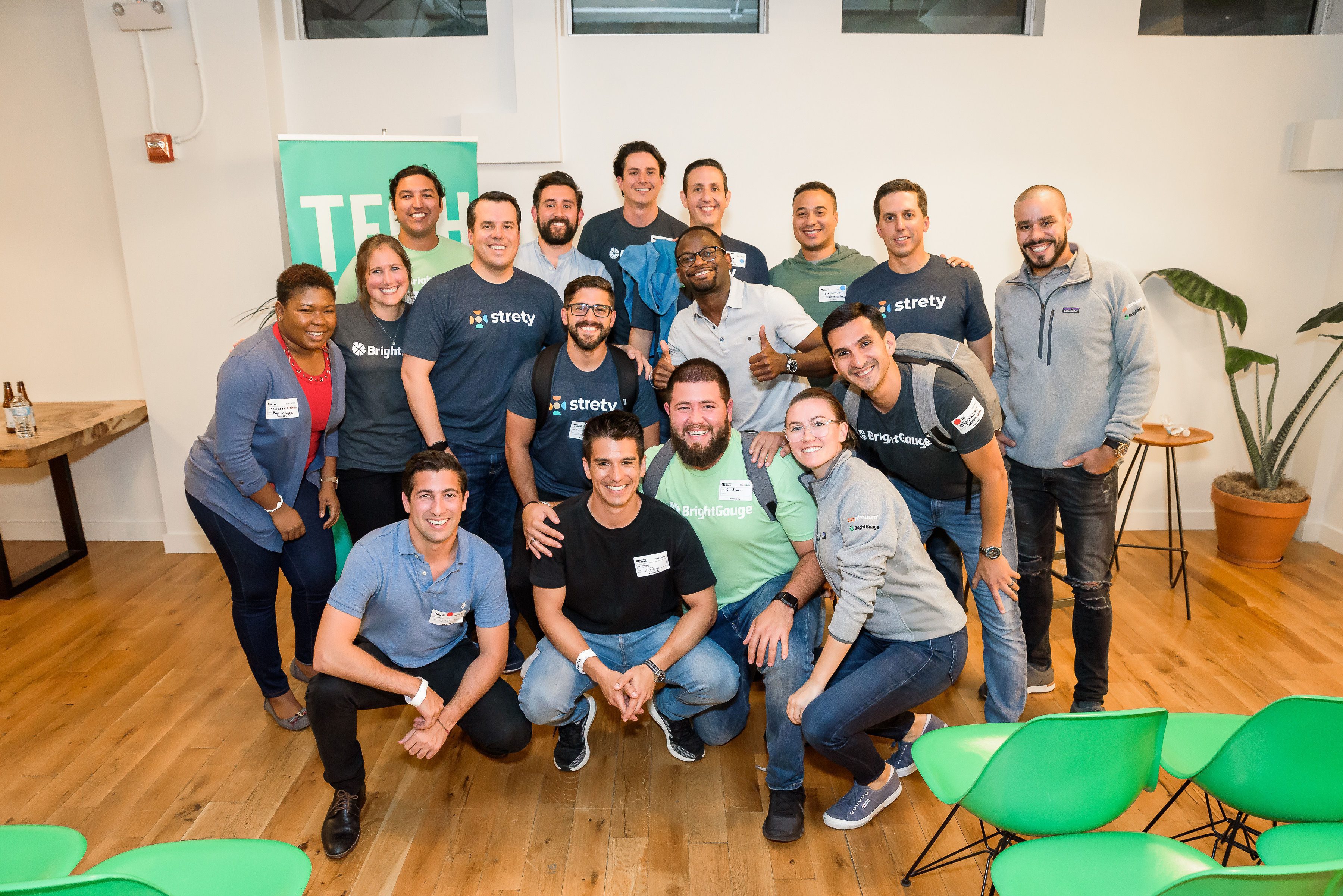 Members of the BrightGauge team at the Dosal brothers' Refresh Miami fireside chat at WeWork. Photos by Jose Castillo for Refresh Miami. 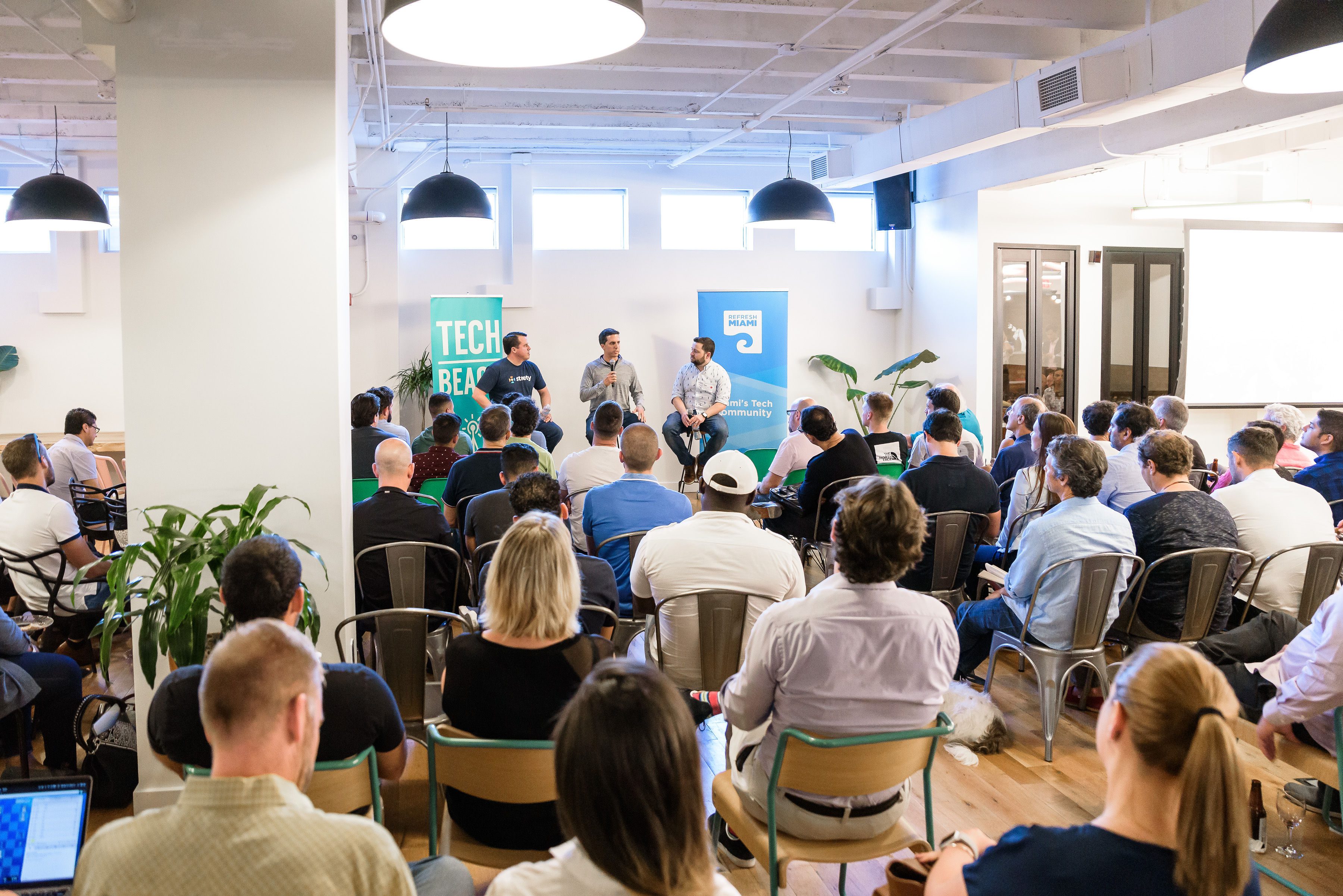