From Sunshine State to Startup State is Florida Funders’ vision

Florida Funders is the most active investor in the state, according to venture capital data firm CB Insights. It’s quite an achievement for the young funding network.

Both active in the state’s startup ecosystem, Tom Wallace and Marc Blumenthal from the Tampa Bay area partnered up about three years ago to raise Florida Funders’ first venture capital fund for early-stage startups. Now that the $18 million fund has been almost fully invested, Florida Funders is now raising its second fund.

“It is so much a part of what I have spent the vast majority of my life working on and that is helping create a Florida that is a great place for technology companies. We get to work every day with young people who are trying to change the world -- what could be more fun than that?” said Wallace, a serial entrepreneur and a longtime angel investor, in an interview. 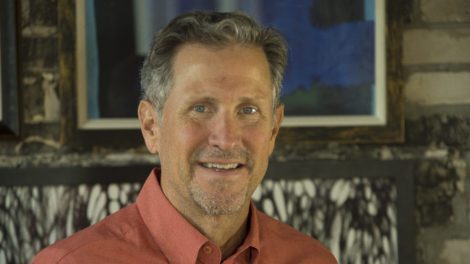 Refresh Miami caught up with Wallace, Florida Funders Managing Partner, and Zachary Stein, Director of Investor Relations, to discuss the organization and the latest trends.

Florida Funders has about 40 companies in its portfolio, including SimpleNight, ClassWallet, Secberus, Aerosens, Cast Ai, Vupulse and Raw Shorts, all based  in South Florida. The Florida-focused fund does about 15 funding deals a year.

The organization has a unique hybrid model. In addition to the fund, Florida Funders has nearly 1,500 investors on its crowdfunding platform. Wallace said. Once a company passes its rigorous due diligence, the fund typically puts in the first $500K and goes to the crowd to round out a million-dollar investment.

“The crowd has the opportunity to invest alongside an institutional investor like a venture capital fund. Every deal that goes to the crowd, the fund is putting in our own money first. We’ve created a unique model in that sense,” Stein added. “The technology that we built ourselves is proprietary, and the portal that we created that eases  investing – we spent a lot of time and the partner’s money bringing it to where it will be a very important asset for us and we are excited for others to get on it and give us some feedback.” 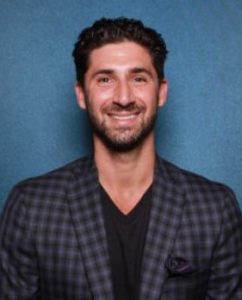 Like the Miami Angels, Florida Funders is open for business during the pandemic. It recently announced that it made its first investment during the pandemic in Vizetto, a Canadian company that plans to open an office in Florida. “They are the Zoom on steroids so it is perfect timing for the world we are living in today. We put that one up about three weeks ago and we weren’t sure what the reception would be -- it was extremely positive. We are probably going to raise more than we intended to for Vizetto and we have a rich pipeline of about 4 or 5 other companies right behind it we will be putting up over the next few months,” said Wallace.

Florida Funders typically invests in post-revenue companies, “They have customers, they have some revenue, maybe not much, but they have some traction. We look at our investment as getting them to the Series A so we are going to put in a million,” Wallace said.

The partners’ backgrounds are heavy in SaaS software, digital health, cybersecurity, ed-tech and fin-tech, so that is where they tend to look for investments. Florida Funders also started a feeder fund with USF a year ago that typically invests $100K to $250K in pre-revenue deals. Florida Funders also manages the portfolio of the Florida Institute for the Commercialization of Florida Technology, which includes 60 companies in the biotech and life sciences spaces.

Right now, about 400 of Florida Funders’ 1,500 investors are based in South Florida, including attorneys, accountants, CEOs and family offices, but not all are active.Stein hopes to change that.

“What I have been trying to do since I joined Florida Funders and even before is educate the families that have built their wealth in real estate about this new asset class and how they can invest in startups and support the community,” Stein said. “We’ve hosted several events and we are having new investors signing up daily, which is really exciting. It allows a lot of people to get involved and invest through the crowd alongside us.”

Recent South Florida investments include SimpleNight, a Miami-based travel-tech company. “Even with everything going on with Covid, the founder has been able to sign some pretty big deals and continue to grow the company, which is pretty exciting,” Wallace said.

In a recent webinar focused on the current Covid environment, Wallace said Florida Funders has not renegotiated term sheets or valuations on upcoming investments “because we didn’t think that was the right thing to do.” As to existing companies, “we are working closely with our portfolio companies to get them through this and fight another day on the back end of this,” he added.

“We have a lot of cool companies coming up that should be work well in the post Covid world,” Wallace said in the Refresh Miami interview. “If you look at 2008-2009, that was a great time to be investing. Valuations come down, and we are seeing that, and we think we are well positioned -- and Florida is well positioned as a state to bounce back – to build some wonderful companies that will be unicorns and create thousands of jobs.”