When eMerge  Americas opens next week for its sixth annual conference, Miami’s tech and startup community will be greeted by many of the familiar, popular features. The conference, taking place at the Miami Beach Convention Center, expects 15,000 attendees and 400 participating companies from 40 countries.

The Startup Showcase will again be highlighting more than 100 startups; a select few of them will move on to compete on the big stage for fame and prizes. Keynotes and panels on the main stage will include successful entrepreneurs and executives; this year that includes, to name a few: Paulo Passoni, Managing Investment Director of SoftBank International; Steve Murray, Managing Director of Revolution Growth, Bill McDermott, CEO of SAP, Jean Case, author of Be Fearless and Jeff Hoffman, involved in the early years of Priceline.com and ubid.com. Hoffman will be joined on stage by the always popular Armando Cristian Perez, aka Pitbull, who has been a regular on eMerge’s main stage over the years.

This year, Pitbull will help choose the Startup Showcase Shark Tank winner, too. “Since the founding of eMerge Americas, Armando has been a true partner and believer in our mission to help transform Miami – and the region as a whole,” said Melissa Medina, president of eMerge Americas. “We are looking forward to welcoming him back this year as both a startup judge and keynote speaker.”

The eMerge Americas Hackathon will be back; this year it will be April 27 and is powered by Wyncode Academy, Ford, GE Digital and Ultimate Software. The contest theme, #ConnectingMiami to the World, will focus on building technology that connects and transcends borders. eMerge’s expo floor will be lively as always – this year you can try out Magic Leap One – and startups, corporations, universities and organizations will be taking to the Launchpad and Texpert stages to discuss issues and showcase initiatives, while also holding meetings on site and ancillary events of their own; this year, for instance Startupbootcamp Digital Health will be holding a Demo Day. WIT (Women, Innovation & Technology) will be back too, but with a new format (more on that below).

Yet for year 6, there are a number of new features and many of them advance eMerge’s mission of becoming a year-round platform for ecosystem development. I talked with eMerge Americas CEO Felice Gorordo on Friday about new elements of the conference of particular interest to Miami’s startup community. Here are some of the ones he highlighted, which will also give you insight with what eMerge has been doing behind the scenes:

1) Opening keynote is fresh off the ecosystem news

One highlight not to be missed is the opening keynote with Passoni and Murray, Gorordo said. For the Softbank partner, it will be his first opportunity to discuss Softbank’s strategy and plans for its recently announced $5 billion Latin American innovation fund, the region’s largest by far. Passoni, one of three managing partners of the fund, will be based in the fund’s Miami office, an important development for Miami as well as the region. “He’s very eager to get down to Miami already and relocate his family and dig into our ecosystem because he recognizes the importance of it, and not just because of Softbank’s strategy for Latin America, but for the region as a whole. Relocating here signals the role Miami can play as a bridge,” said Gorodo.

Murray’s appearance coincides with Revolution’s first Rise of the Rest bus trip to Florida, including a Miami visit on May 2 that concludes with a $100K pitch competition. Revolution’s investment thesis, of course, is to seek out startups well outside established tech hubs like the Valley and New York.

“Having both Steve and Paulo on the same stage taking about how they are investing in emerging cities and emerging markets is an important way we are connecting the dots in the ecosystem. Steve Murray is originally from Softbank so there is another connection right there,” said Gorordo. “And it’s going to get everyone excited about the Rise of the Rest coming through at the end of the week” (more on that below too)

eMerge will be launching its first investor matchmaking platform.

Said Gorordo:  “This came out of our last five years of our Startup Showcase, where we have naturally been able to create the space where startups and investors can connect, and also connect directly with corporate partners. Now we are trying to be much more intentional about it, and inviting all accredited investors to join the platform and connect with our startups and set up meetings through the platform. That’s something brand new that we are really excited about and hope to build on. eMerge also developed the platform with Eventtia, one of the startups that participated in the showcase last year. To sign on to the investor matchmaking platform, visit live.eventtia.com/en/emergeamericas

100 Open Startups, from Brazil, is going to help facilitate an open-innovation process that the organization developed in Latin America, and startups and corporations from across the Americas can participate in a 100 Open Startups corporate-startup matchmaking platform for the first time at eMerge.

“We are signing a memorandum of understanding with one of the largest entrepreneurial networks in the region, the Association of Entrepreneurs of Latin America (ASELA), and incorporating Miami-Dade into that network. Nearly 100,000 entrepreneurs are already part of it, led by an Endeavor entrepreneur from Chile, Juan Pablo Swett. President Pinera from Chile will give a virtual address to commemorate this and Mayor Gimenez and Chile’s minister of economy will be there to sign the partnership. We are looking forward to signing this partnership, kicking it off and incorporating it in our efforts to connect the dots. … This includes Central America, very much in the news now.

“We want to make sure no entrepreneur who has a good idea is left behind, and everybody gets a fair shot. At the heart of what we are trying to do is connect them to talent and resources in terms of investors and corporate partners. By plugging them into our platform, we can further our mission to do just that.

“It’s building on what we did last year with the University of Miami. UM signed at eMerge a hemispheric consortium with the top 11 universities in the region. Right after that we became their implementing partner for it. We went on the road with Mike Wilson, the head of Entrepreneurship, and visited several of the universities and helped organize pitch competitions, bootcamps and general ecosystem partner meetings.”

WIT was started in year 2, after Melissa Medina and other eMerge leaders realized that a large majority of the speakers and participants in the inaugural eMerge were men.

“We said this was unacceptable,” Gorordo said. “Melissa and her team developed the summit as a means to bridge that gender gap and showcase the leaders in the space that are promoting greater diversity, inclusion and women and made that an integral part of our programming year round.”

This year, eMerge is for the first time partnering with Babson’s Center for Women’s Entrepreneurial Leadership, and changing the format of WIT, with more action-oriented workshops, he said.

“We are going to be convening top leaders in this space who will be sharing best practices on bridging the gaps with regards to funding and social capital. From there we will issue a report, and a set of recommendations and then throughout the year socializing it with our partners and getting them to help in the implementation of these recommendations. It’s another way we are changing the paradigm of what emerge is from an event to a year-round platform.”

Connecting local engineering talent to high growth companies and entrepreneurs that are need of their talent is a big important part of ecosystem-building and of eMerge’s work,  Gorordo said. Other initiatives are in the works, but here’s one you can see at eMerge for the first time:

“We are very very excited that we are doing the first intercollegiate engineering competition on the second day of eMerge on the 2nd floor with the top 10 engineering schools in the state of Florida and connecting them with our partners.”

When Steve Case’s Rise of the Rest announced it would be making Miami its fourth stop on its Florida tour, holding an ecosystem crawl and $100K pitch competition, Gorordo said at the time that eMerge and ecosystem partners would be extending programming throughout the week. The result is Innovation Week.

Similar to Chicago Ideas Week, InnovationWeek.Miami will convene innovators, investors and entrepreneurs from around the world as part of a series of events touting South Florida innovation ecosystem and culminate with the Rise of the Rest Tour visit on May 2, eMerge Americas announced.

“Miami’s inaugural Innovation Week seeks to showcase, highlight and celebrate the emergence of Miami’s innovation and entrepreneurial ecosystem. Like Art Basel, we are excited to see that eMerge Americas and our partners’ activations are not confined to the Miami Beach Convention Center and have inspired a weeklong of activities – attracting world-class investors and entrepreneurs from our the globe to congregate in Miami this upcoming April 25th- May 2,” said Gorodo.

Here are some of the events: 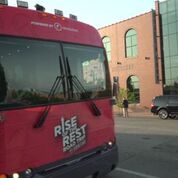 Rise of the Rest Miami Tour (May 2): AOL Co-founder Steve Case’s Revolution early stage venture fund and bus tour comes to Miami. The full day concludes with a $100K pitch competition and the public is invited.

“This is really a whole ecosystem community approach to celebrating and showcasing what we are doing in South Florida,” Gorordo said.

For more information on eMerge Americas and to register, go to emergeamericas.com. Refresh Miami readers can get 25% off with discount code EA19RFRSH 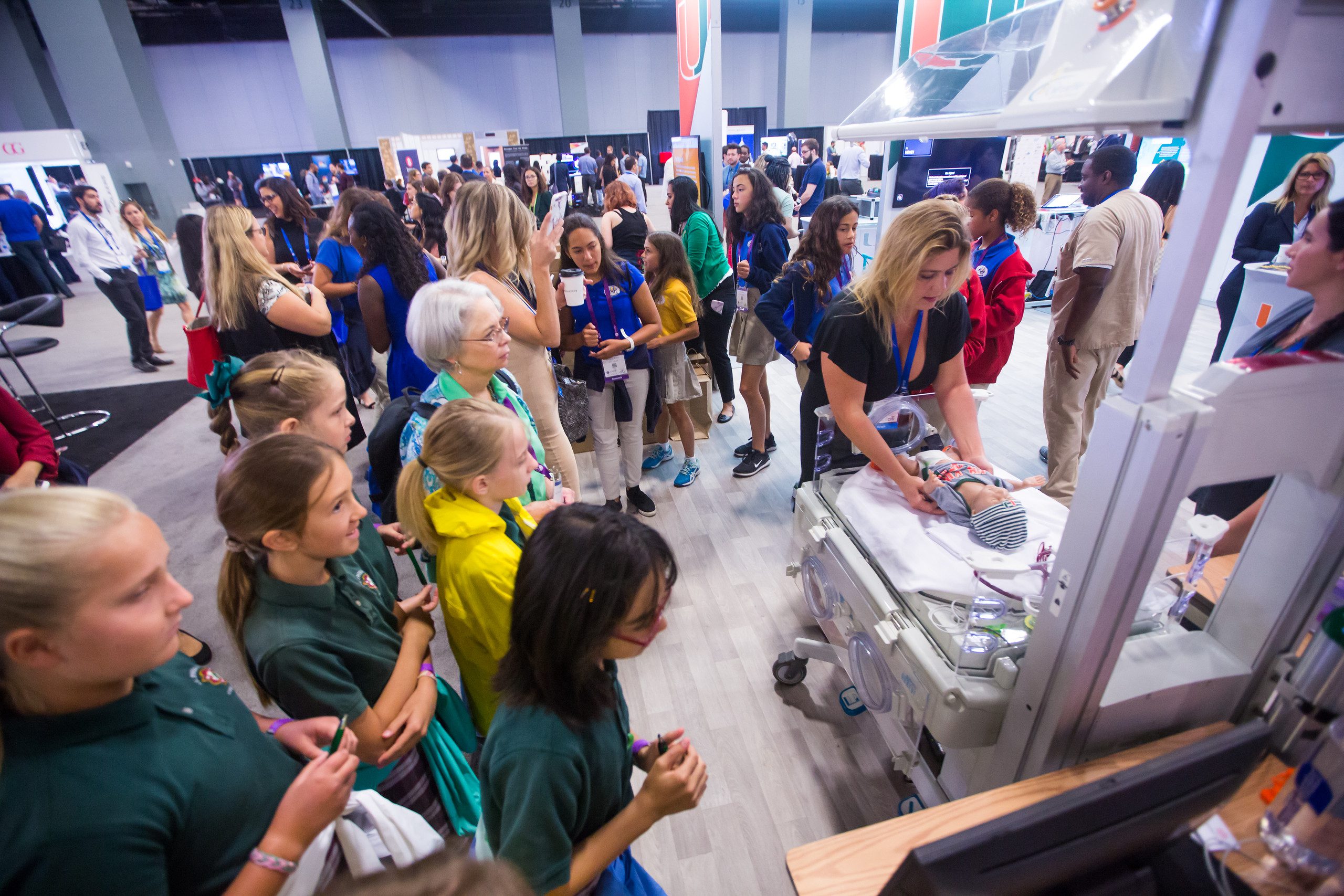