How do you defy the odds and raise founder-friendly funding? Read on

Speakers at Black Men Talk Tech's inaugural conference threw down knowledge aimed at entrepreneurs of color. But all can benefit.

Monique Idlett-Mosley left a high paying, high profile position as a music industry CEO after spending some time as an angel investor.

“I stepped down because people like us are not getting funding,” she told a roomful of mostly black entrepreneurs and business people gathered at the inaugural Unicorn Ambitions conference produced by Black Men Talk Tech and sponsored by the John S. and James L. Knight Foundation.

Idlett-Mosley is now the founder and managing partner of Reign Ventures, which focuses on startups led by women and people of color, because less than 2% of venture funding goes to these groups. Locally, Reign invests in Miami-based Cre8tor.App, formerly RecordGram, co-founded by Erik Mendelson, Winston “DJ Blackout” Thomas and Shawn Mims.

Idlett-Mosley has lived in Miami for 17 years, traveling the majority of it, but made a commitment about a year ago to become a part of the community. For example, as part of the Ford Foundation’s advisory board, she will be speaking at HerImpact, a social entrepreneurship conference coming to Miami Dade College Nov. 12.

“We can create our own culture here that doesn’t have anything to do with tourism and partying the way they keep trying to describe Miami. Miami is a city with a lot of business potential.”

Reign typically invests at the seed stage, and the fund has never invested in a company with one founder. “You need to have a team of co-founders with industry expertise and great growth possibility in their industry. What I am betting on is the founders.” The fund has also never yet had a portfolio company shut down, she said. 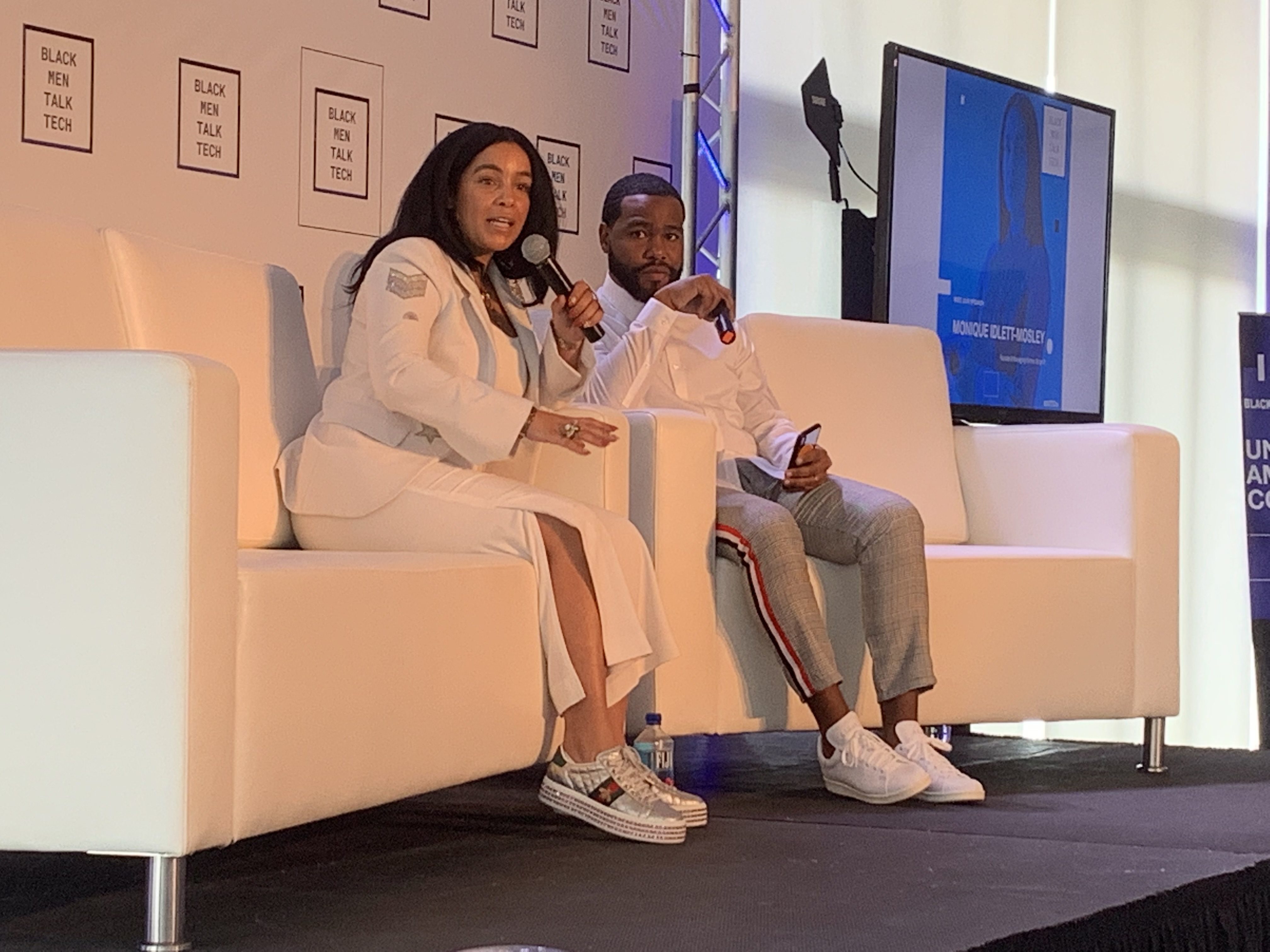 Idlett-Mosley shared some real and sometimes tough talk with the entrepreneurs attending the Unicorn Ambitions Conference on Thursday, which was open to all. This all came as Morgan Stanley released a major survey this week finding that 60% of VCs are not prioritizing investings in women and minority-led startups at all even though they say it is important.

In a discussion with Travis Holoway, CEO of Solo Funds, Idlett-Mosley shared:

Idlett-Mosley also encouraged people to explore the resources that are here, such as Blacktech Week, which puts on conferences nationally, and checking out its founders’ co-working space, A Space Called Tribe. Then there’s Venture Café and the free resources offered by Small Business Administration and now Black Men Talk Tech among them.

And finally, she said, support black-owned businesses.  “We take pride in our culture having a trillion dollar spend. What we need to question as the trillion spend, why are we not supporting our black owned founders and small businesses? The solution starts with ourselves.”

The real talk continued throughout the day with sage advice anyone could benefit from. In addition to cameos by Dwyane Wade and Udonis Haslem, there was inspiration from serial entrepreneurs who have been there, done that. Tony Abrahams at age 56 left a lucrative job as CFO for Sean “Diddy” Combs’ company to found Tweedl. He raised his first $2.5 million by asking people for advice, rather than money.

“Ninety-nine percent of all music goes unheard. This is the aspiring artist’s problem,” he told the crowd, in a discussion with Michael Hall of Digital Grass. “I want to have a platform where every artist has an opportunity to live off their passion and create a music middle class.”

William Crowder of 42 Venture Partners said minority founders often bury the good stuff in their pitches. “If you truly have a world-class team, why is it on page 14 of a 15 page deck?”

In preparing your pitch, write your story out emphasizing what is special about you, your company and industry. Show it to lots of other people, friends and strangers. Do people who don’t know you get it? To people who know you, ask does it present my best self?  Then go into the room with confidence and insert your own superpower, he said.

Brian Brackeen, founder of Kairos and now general partner of Lightship Capital, led a panel including Anabella Rojas of 500 Startups, whose  Miami office is the only U.S. location outside of Silicon Valley; Daniel Herrera of Miami Angels, which has a network of 150 angels who have invested $11 million across 29 mostly locally-based companies; Tunde Kelani of crowdfunding company Republic; and Nan Wang, co-founder of Sleeper. 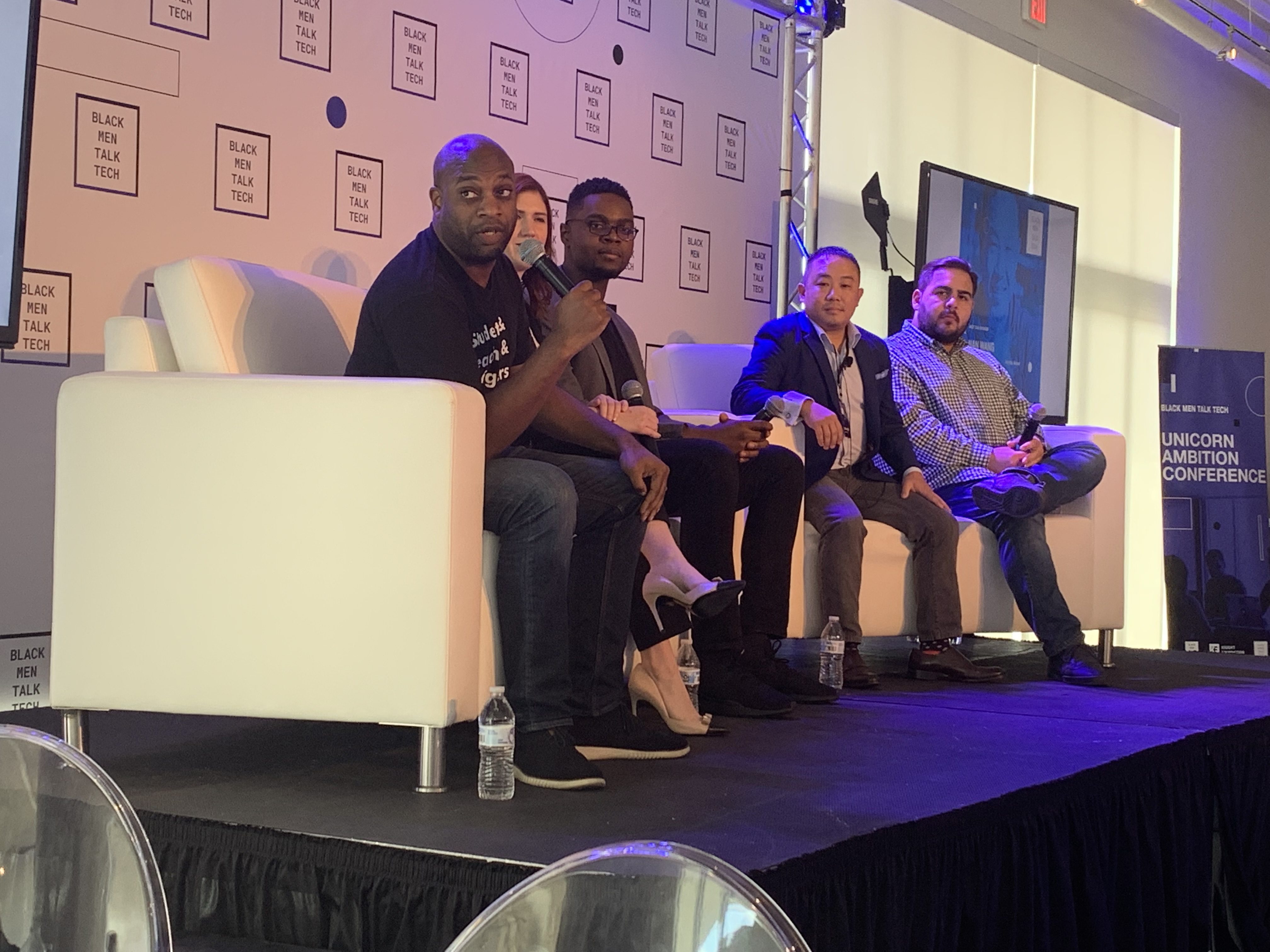 “You dictate how your round comes together, screen who you want to approach (not the shotgun approach) and find folks who have experience in your space and believe in you,” said Wang. “The work is on the founders to filter out all of that noise and find those handful of people who your mission, vision, values and product will deeply resonate with. Then research the heck out of them and go after them with a very refined pitch, a business model and traction. If you can do that, you will always have strong alignment from an investor-founder perspective, founder friendly terms and you can just get back to work.”

Be precise with metrics, he continued. “Take every fundraising opportunity as a learning opportunity. If you get passed on, ask why.  Put that answer into your data room and lean into it for the next conversation. You should already be saying, I know that this is probably what you are thinking and this is how we are going to solve it. If you can do that, you are in control of the conversation.”

Rojas agreed: “We ask you the same questions because we are testing for focus. We want you to know your metrics on the spot. Be very specific about your messaging.” 500 startups invests across 74 countries. “We bet on companies early on because we know they don’t have the access. Our investments act of a stamp of approval for other VCs.”

Crowdfunding can benefit entrepreneurs who don’t have access to early funds, who may live outside major tech hubs and who can galvanize their crowd, said Kelani of Republic. Female founders tend to be particularly good at it, he said, adding that 40 percent of the equity raised on the platform has gone to female founders. “Our entire mission is to democratize access to the crowd markets so we continue to support the mission of supporting female and minority founders.”

Lightship Capital also focuses its fund on minority and women founders and welcomes applications (just hit the Apply button on lightship.capital), said Brackeen, adding that it typically invests about $125K in the first round and $600K in follow-ons. Lightship also offers founder education through Newme.in, which has raised $1.2 million for free education for 100 founders in 2020, Brackeen said. Classes will be offered in Miami and other cities around the U.S.

“We know that for our city and elsewhere, a successful startup community is one that champions and activates diversity," said Raul Moas, Knight Foundation's Miami program director. "While this first gathering for Black Men Talk Tech took place in South Florida, the conversations designed by and for founders will surely have national impact.” 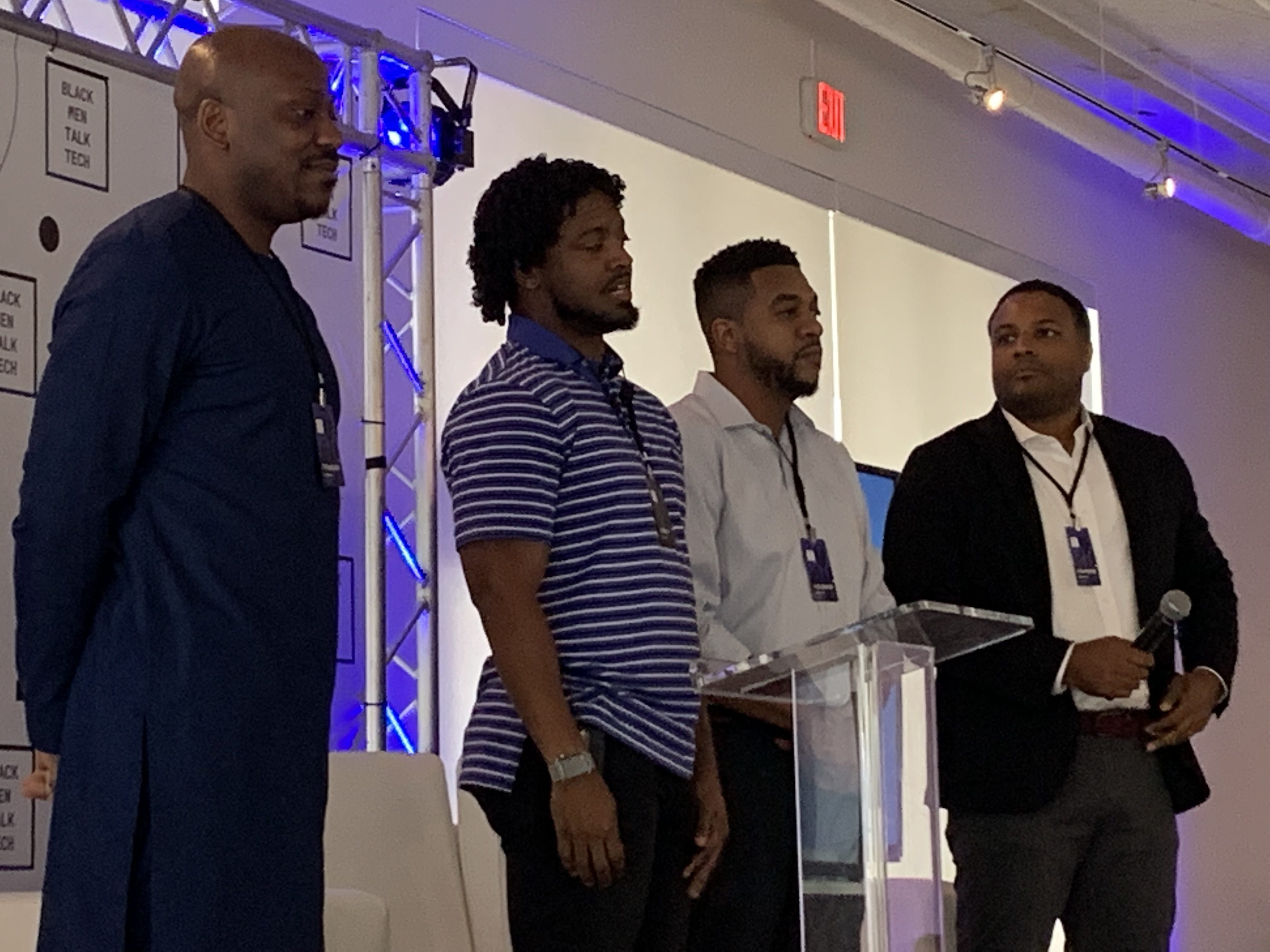 Impress Investors with your Financial Projections