When it comes to capital raising, entrepreneurs have been increasingly tapping their own crowds.

That crowdfunding appears to be trending now perhaps shouldn’t be surprising. In survey after survey – even before the coronavirus crisis –  access to capital is always one of the biggest challenges cited by startup companies. Unfortunately, the pandemic has wreaked havoc on cash flow and accelerated business failures among companies large and small.

The popular donation-based crowdfunding platforms like Kickstarter allow consumers to support new products or services – and in exchange the donors receive the product or service, hopefully becoming early adopters that will become super fans and spread the word to their friends.

The lesser-known and newer form of crowdfunding – equity crowdfunding – allows consumers to  invest cash and receive a piece of the company. It’s not a conventional path, but it can be a viable fund-raising option for companies that have a close relationship with an engaged customer base.

The Securities and Exchange Commission’s Regulation Crowdfunding guidelines were adopted under Title III of the JOBS Act back in 2016, and as a result equity crowdfunding has been steadily – albiet slowly — gaining traction. Yet, buried amid all the election news last month, this news about crowdfunding is good news for crowdfunders: The SEC updated some of its guidance on crowdfunding, increasing the amount of capital companies can raise from both accredited and nonaccredited investors. As of January, 2021, companies now raise $5 million per year using equity crowdfunding, compared to the previous limit of $1.07 million.

There are other changes in the guidance too. See this post by 500 Startups, which lays out the changes very well.

Even before the news of the higher limit for equity crowdfunding, momentum was growing. July of 2020 “saw records for the highest number of offerings in a single month, the highest amount of commitments, as well as the highest number of investors” according to Crowdfund Capital Advisors data. What’s more, “80% of that capital comes from friends, family, customers and followers.”

Media-tech startup WhereBy.Us raised nearly $150,000 from 396 investors on Republic, one of the equity crowdfunding platforms, before closing the round in late April.

Boca Code, a new coding school based in Boca Raton, recently launched its first crowdfunding campaign on Miventure using a third type of crowdfunding – for miroloans. With Miventure, Boca Code is looking for investors who they can borrow money from, with investors contributing as low at $100.

Imagine a world where kids understood at 18 how credit is calculated. That would drastically reduce the amount of early debt and do much more, says Miami entrepreneur Evan Leaphart. 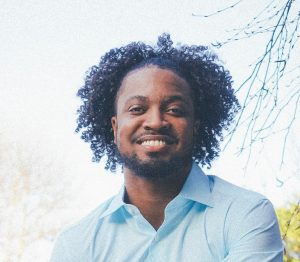 “To a kid that grew up in Overtown, there is no such thing as a friends and family round but if you had good credit you would have access to business loans or a line of credit to start something on your own. This is something that is of benefit to the under-represented community because having good credit is one of the few equalizers that we have in our country,” he said in an interview in July as he was kicking off a crowdfunding campaign. 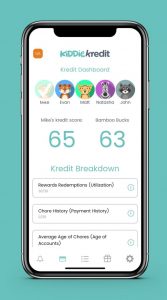 Leaphart and his team created a mobile app called Kiddie Kredit to help kids everywhere learn about credit, and something he also struggled with as a young adult. Kiddie Kredit, founded in 2018, aims to leverage the completion of chores to teach kids – and their parents – lessons that are applicable to credit usage as an adult, and in the process make a big social impact combating financial illiteracy. The app launched last year.

Kiddie Kredit already has thousands of active users – and lots of super-fans among moms and teachers, Leaphart said. The startup has partnered with Equifax Foundation, is in talks with a major teen banking company about another partnership. In July, it launched an equity crowdfunding campaign on MicroVentures.

The result: In 80 days, Leaphart raised $75,000 for Kiddie Kredit, and that was three times the amount he expected. It also more than doubled what the startup had already raised through a grant and friends and family investments.

Kiddie Kredit has big plans for future iterations of the app.

“What we want to build is a Credit Karma for kids type of recommendation engine. What we want to do is have a product recommendation engine for financial institutions that have product offerings for children – savings accounts, 529 accounts, etc,” said Leaphart. “We will geo-fence them as well to give the local banks the same opportunities as the big banks. That’s the plan.”

Daniel Buelhoff, a serial entrepreneur,  was inspired to build a product that would bring his children – and the world – a screen-free story time experience he enjoyed as a kid.

He spent a year of researching, building a team and developing his new startup, Storypod. Storypod created an interactive audio player that provides parents with a healthy alternative to screens for both educating and entertaining their kids.

The feedback he had been getting had been “phenomenal” so this summer he decided to launch a Kickstarter campaign. “Go big or go home,” he says.

The Storypod player is activated when the child selects a lovable “Craftie” yarn toy and attaches it magnetically to the player to unlock a particular type of content – music, nursery rhymes, games and more – that is downloaded from the cloud for offline playback. Participants of early focus groups loved the idea of a nostalgic but next-gen screen-free player but wanted to know “how does this toy make my kid smarter?” So the team added even more educational components to the product, as well as ways for children to interact with the stories. There is even a Q&A feature to it. 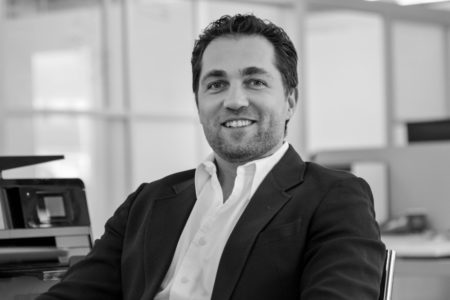 Kids can hear and engage with classics from Red Riding Hood to Rapunzel to Little Albert Einstein and other evergreen favorites, as well as original stories, lullabies, counting games and STEM games.  The startup is adding content all the time, and the “MyCraftie” allows family members to make their own recordings. “We are also going to have little read-along books — the books are real, screen-free,“ Buelhoff said.

Storypod was a huge success on Kickstarter. Buelhoff raised more than $240,000 from nearly 1,500 donors. “We are indeed happy being the second most-funded toy ever on Kickstarter. It also helped us close our seed round by end of September and brining our raise to more than $1.5 million,” he said.

This post was first published on Growbiz and updated.