To deepen community connections and expand access to funding in the South Florida startup community, the John S. and James L. Knight Foundation on Thursday announced a pledge of more than $1 million for eight Miami-based projects and programs. 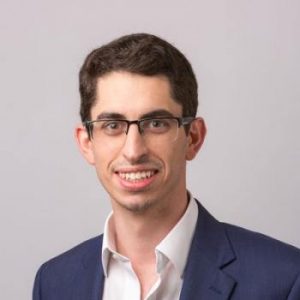 Raul Moas, Knight’s Miami Program Director, said all eight grants focus on “building Miami up as a place where high growth entrepreneurs, investors and high impact talent can succeed in building their ideas and their companies and having global impact.”

Knight has been studying how other startup hubs have done that, and also has been listening to what Miami’s founders are saying. The foundation began seeing an opportunity last year to go deeper and more focused in a few areas, particularly community building.

Moas said data backs this up. Ecosystems with the highest amount of connection for founders in particular – to their peers, to investors, to experts – also have high success rates. “We were hearing founders wish they had more spaces just for them, built around their priorities. One of our core objectives in the coming years is to build more spaces of, by and for founders,” said Moas, who has headed Knight’s Miami office for about two years.

For example, Knight is funding Craftspeople, a project founded by Alex Nucci, co-founder and CEO of the Miami startup Blanket. Nucci was traveling to Silicon Valley every month or two to meet with experienced founders and get tactical advice, what he calls his tune-up.  So the idea behind Craftspeople is to bring those founders and experts to Miami to hold workshops and office hours and “to help build up Miami’s expertise bench,” Moas said.

Other grants will fund organizations aiming to increase funding for these ventures, either by activating capital already present or luring more investors to the area, said Moas, who led the Miami Angels before joining the Knight Foundation. An organization that received Knight funding for this on Thursday is Function, led by Monica Black. Function seeks to help Miami’s private wealth community get comfortable in the world of early-stage tech investing and also serve as a public user interface to bring the two worlds together for investment.

“There is actually a ton of capital here and very experienced business leaders that add a lot of value. My goal is to put Miami on the map as a source of credible and valuable investment capital,” said Black in a recent interview.

Another new grantee, Black Miami Angels, is focused on building up an investor class that looks like Miami. “There is no other angel group in the country like Black Angels Miami. It is open to all but has a clear mandate to grow the black investment class,” said Moas.

Kevin Cadette, Black Angels Miami’s executive director, said BAM’s membership is open to accredited investors from anywhere and all ethnicities are welcome, and will also include industry professionals and associate members. His goals are to build membership, create a great membership experience, with education, networking and pitch nights, and of course to develop a pipeline of high-quality investment opportunities. BAM’s board is chaired by Barron Channer, who spearheaded the project, and includes Kimberly Marshall, Charmel Maynard and others.

“We believe diversity is an advantage that should be leveraged in all forms, but as the ecosystem accelerates, diversity more likely than not will not be the No. 1 thing on people’s minds. If we want black investors to be part of the conversation and activate that capital, we have to be proactive and engage them and now is the time to do that,” said Cadette, who moved here from New Jersey three weeks ago’.

Moas’ focus on community building and funding kicked off with Knight’s funding bundle last year, with funded projects such as Just Dinner that literally brings entrepreneurs and other community members to the table to meet one another with no agendas. Then there’s LLC — Local Leaders Collective – serves up forums of like-minded early-stage founders based on the YPO model. Last year’s grants also helped fund an upcoming Miami Venture Summit that will bring 25 GPs and 25 LPs from outside the area to Miami to meet with 40 Miami area startups. Another 2019 grantee, Cane Angel Network, is seeking to build an impactful angel network among UM alumni.

The new group of grantees  announced Thursday builds on these efforts. “We are looking to continue prioritizing community building led by founders, informed by founders, building on-ramps for people to plug in and meet people where they are at, and getting more funding into the market,” said Moas. “We see things going in the right direction. We want to get more seed and pre-seed dollars flowing into the market.”

What’s next for the Knight Foundation?

“I think you might see us exploring in a deeper way the questions of talent and the systems of bringing talent to the city and producing talent and helping that talent find opportunity. In 2020, we are taking a closer look at how the talent marketplace is working or perhaps not working as efficiently as it could in Miami,” Moas said. “We’ll be looking to see is there an opportunity for the foundation to play a role in the talent pipeline piece.”

Here are all eight projects and their funding announced Thursday:

Function Collective ($240,000): a membership organization that connects Miami’s investor and private wealth community and activates them in early-stage technology investments across the hemisphere.

Venture Cafe Miami ($160,000): supporting Passport, a program that trains and connects founders in low-growth businesses with each other and with partners to enable these businesses to transition to higher-growth. Venture Café, led by  Leigh-Ann Buchanan, also received $1 million in Knight Funding in 2018 and hosts a packed Thursday Gathering every week for startups, nonprofits, community groups and creators. (Photo at top of post is from a Venture Cafe Thursday Gathering.)

Craftspeople ($140,000): a membership organization that brings together entrepreneurs through monthly workshops led by seasoned founders and venture builders.

The Idea Center at Miami Dade College ($50,000): supporting the local chapter of 1 Million Cups, a national network of weekly meetups by and for entrepreneurs “to create additional avenues for new participants to enter Miami’s startup ecosystem.” In 2014, Knight Foundation seeded the launch of the Idea Center with a $2.18 million grant.

Out In Tech ($50,000): supporting the launch of the Miami chapter of Out in Tech, a not-for-profit uniting the LGBTQ+ tech community, “to support community building and career advancement within Miami’s startup community for LGBTQ+ stakeholders.”

#1 Book Club – Start With Why, with Veronica Orvalho

How to rock an Interview

Ironhack Open House: How to finance your education featuring Climb