Meet Mark Volchek of Las Olas VC: a Q&A about the fund, his outlook and advice for startups.

It's easy to say South Florida needs more VCs and that's true. A better use of your time might be to get to know your local funders.

Las Olas Venture Capital closed on its first investment in early 2017 and since then has come on strong quickly, with 8 investments and half in South Florida. The Fort Lauderdale-based venture firm has already invested more than half of its initial $28.5 million fund. It plans to begin raising a second fund next year.

LOVC’s founding partners, Dean Hatton, Esteban Reyes, Paul Tanner and Volchek, bring to the table experience as founders, executives and investors. Combined, they have founded eight startups and exited four (including an IPO), resulting in more than $1 billion in enterprise value. As investors, they have funded over 50 early-state companies and have three exits under their belts. LOVC’s South Florida investments are CarePredict, an AI-driven health-tech startup in senior care; ReloQuest, a temporary housing management platform, Plum, the first fully automatic wine appliance that preserves, chills and serves wine by the glass; and its most recent investment, SmartHop, an autonomous agent for truckers to plan, search and book loads.

LOVC seeks out innovative b2b tech companies and fishes for them far from Silicon Valley. Besides South Florida, its investments have come from Atlanta, New York and Seattle. In May and in a follow-on investment, LOVC led Plum’s $10 million Series B round that will fund Plum’s continued expansion into luxury hotels across the U.S. In June, it co-led a $4 million investment into Cypress.IO, an Atlanta-based devops startup. In August, LOVC added SmartHop to the portfolio. 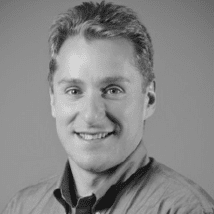 I spoke with founding partner Mark Volchek (pictured here) to learn more about the fund and his thoughts on South Florida’s ecosystem. Here are excerpts of our conversation.

How many deals do you typically see and how are companies considered?

We look at about 1,000 deals a year. Some come in through cold emails, though we prefer warm introductions from our network. If they are local, we are more likely to take a look, even if it is early or not in our sweet spot.

[For cold inbounds,] we look at where’s it based, where’s the traction, is it a problem or business model that fits our thesis and what we are looking for and then we decide whether we take a first call or we pass based on the deck.

What do you look for in companies you invest in?

It’s really more art than science. We have our bullseye of what we’d like and the reality is nothing ever comes out a perfect match to that, otherwise it would be too easy.

We prefer b2b or b2b2c. We really like companies with more of an enterprise sales feel rather than a b2c marketing approach. That’s just what we know.

We care a lot about the team … that’s probably the most important factor, finding teams that can execute and have unique qualifications to do it. That’s what we discover in 4, 5, 6 weeks of diligence because it’s hard to see in a deck.

In terms of traction, we are looking for proven product market fit. In most cases what that means for us is half a million to a million in revenue because the best way to assess product-market fit is paying customers. We’ve made a few investments pre-revenue but in all the cases there were signed contracts and POs.

How much do you typically invest?

Our initial check ranges from $250,000 to $1.5 million. For a total investment we can go up to about $3 million over the life of the investment, if things are going well. We’ve been fortunate, all eight of our companies are doing pretty well.

What industry verticals do you invest in?

When we started we thought we would focus on fintech, edtech, two areas we know very well, enterprise SaaS and tech-enabled services, but as we spent more time we’ve actually done only one deal in fintech and no deals in edtech, we have done some enterprise SaaS and tech-enabled services, but those are broader areas. Another area we’ve spent time in and have been pleasantly surprised by is devops and now we have a couple of investments; Esteban is leading that area. There have been tools for developers for a long time but now every company is getting into software development. We’ve also spent time on logistics and that’s where SmartHop fits in. We have spent a lot of time looking at companies that make companies generally more efficient, such as in sales or HR. We don’t have any investments there yet but are close on one. That’s a promising area, even though there is a lot of competition.

What do you look for in founding teams?

That’s again more art than science. Their past successes are important, but ultimately its finding the A team, really smart founders with deep domain experience who also work well together. We’ll be working with these founders for 5 to 7 years, so it is important to be aligned with the founders in terms of goals, approach, style. In our portfolio, they are all different but they are all A team players.

How would you characterize the deal flow in South Florida?

It’s interesting and it is growing, along with the number of active startups in South Florida. We are seeing more early stage stuff in South Florida -- there are less companies that have the appropriate traction we are looking for, in terms of percentages. I call it a density problem. When the density is low, it is harder for startups to get to know each other and get all the support they need. But the ecosystem is growing, with the Knight Foundation feeding it and others, but some of that is organic and it will take years.

But we are seeing companies with traction, and the flip side is there are not as many funding sources. We’ve been happy with the deal flow. Today half of our portfolio is from South Florida, and we are very happy with that. We’ve been surprised we have not found companies to invest in other areas of the state. Overall I think South Florida is doing well compared to other areas of Florida, but still falls behind in traction and density of, say, Atlanta, a more mature ecosystem. But we’re catching up.

What’s your top tip for startups?

Get out there and sell.

Plum is a good example -- they had 12 contacts signed before they had shipped their first product. The most important thing for entrepreneurs to do is go out there and sell and get feedback. The first thing we ask a company is do you have any customers? If they say we have 10 customers pre-signed, that gets our attention, and if they say no, we haven’t talked to customers yet, that’s a quick no for us. That’s what we see too much in South Florida, folks focused on building their product and not enough on selling.

What book would you recommend to startups?

For founders to really understand deal terms and how the mechanics work before they go out to raise capital, I would recommend Brad Feld’s Venture Deals. We see too often founders that create a bad structure from day one with some of the angels or we see decks that are very unrealistic [with valuations]. It’s important to have a good attorney but it is even more important to understand what your attorney is telling you.

[Update: Read more about CarePredict and its latest raise here.]