Steve Case: Miami clearly is on the rise as a startup city but the work isn’t done

Xendoo wins Rise of the Rest $100K pitch competition and more highlights from the daylong visit.

Miami is “poised for takeoff” as a global startup city as long as everyone doubles down and continues making the entrepreneurial ecosystem a priority, said Revolution’s Steve Case on Thursday, as the bright red “Rise of the Rest” bus rolled through town on Thursday.

“The progress is impressive, the sense of momentum and possibility is encouraging, the stories of the entrepreneurs we’ve heard are inspiring -- it’s all the makings of South Florida continuing to rise as a global startup city, but it’s not going to happen overnight,” said Case, the founder of AOL who now runs  Revolution, an investment company that seeks opportunities outside Silicon Valley. In an interview on the bus, he added: “It takes being patient and sticking with it and recognizing this is a moment – seize the moment. Can you accelerate a little bit more, can you collaborate a little bit more, can you invest a little bit more?”

Case and the Revolution team believe great entrepreneurs can be found anywhere. Revolution’s $150 million Rise of the Rest Seed Fund has invested in more than 115 startups; Miami ed-tech startup Caribu became a Revolution portfolio company last year. About a third of its investments are women- or minority-led companies, much better than the industry average but not good enough, Case said. The Rise of the Rest bus tours are one way to meet entrepreneurs where they are.

Miami was the fourth stop on Rise of the Rest’s Florida and Puerto Rico tour, following visits to Orlando, the Space Coast and the Tampa Bay area. In all, the Rise of the Rest bus has rolled through 42 U.S. cities since 2014, seeking to showcase the emerging entrepreneurial communities.  The 12-hour Miami visit culminated in a $100K pitch competition at the Citadel in Little Haiti, with a huge crowd cheering the entrepreneurs on. 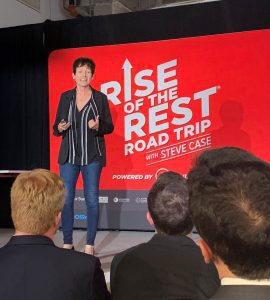 "Through our desktop portal and our mobile app, our customers have their monthly reports, their tax returns, and access to their accounting team all in the palm of their hand when they need it," she pitched.

With a seasoned team, early traction (20% month-over-month growth) and an addressable U.S marketplace of 28 million small businesses, Roberts is seeking to raise $2.5 million in investment to grow her company, she said.

In receiving the top award, Roberts thanked eMerge Americas for its support and mentorship as well as Rise of the Rest for shining the spotlight on the region.

The day started with a community breakfast at the Freedom Tower at Miami Dade College that attracted a who’s of business and  government leaders, including Mayor Francis Suarez, Miami Dade College President Eduardo Padron and former Florida Gov. Jeb Bush. 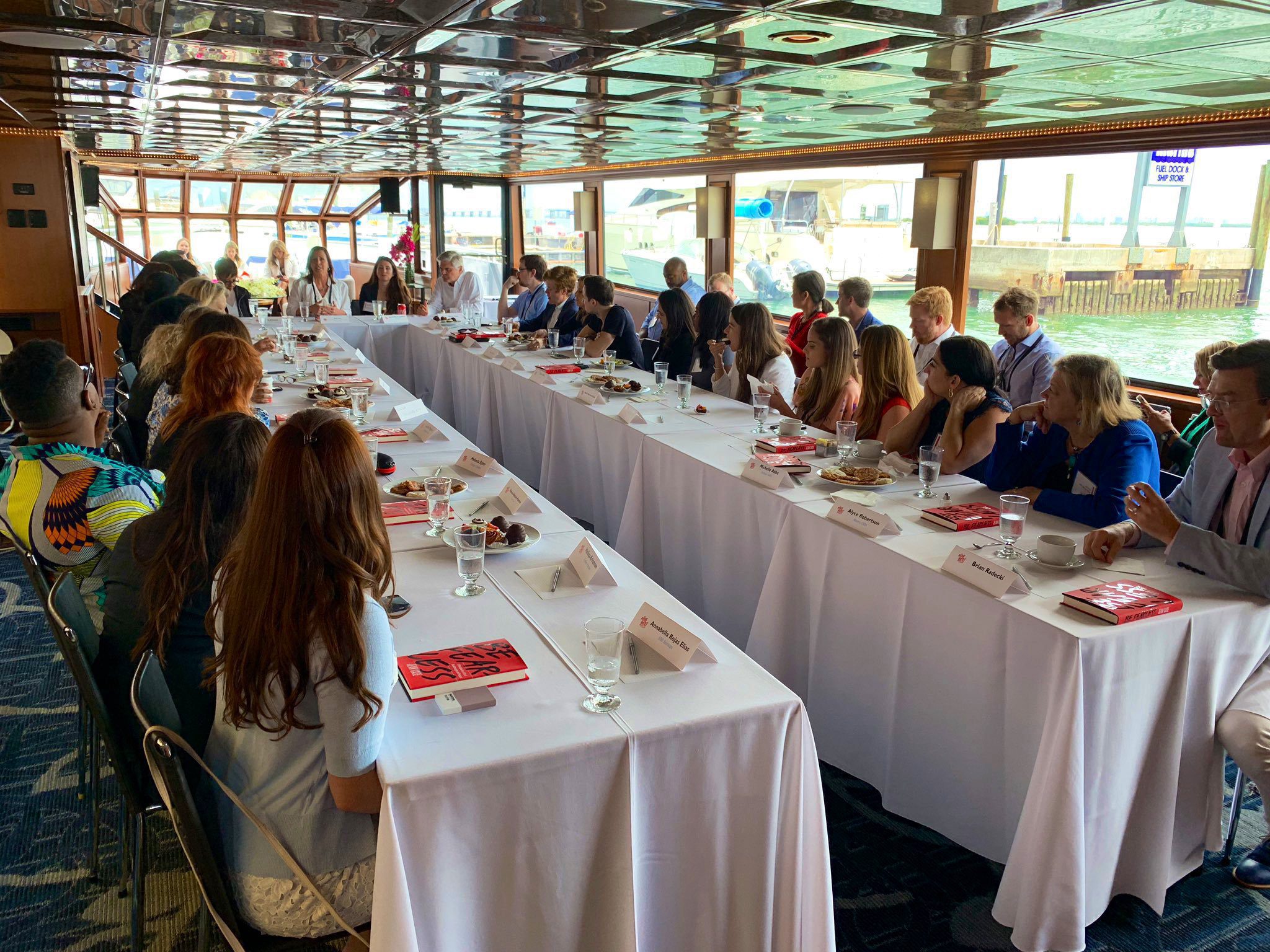 From there, the Rise of the Rest bus traveled to NAP of the Americas and Miami Dade College’s MAGIC center, where entrepreneurs from the Idea Center shared their stories and Rise of the Rest took some turns demoing Magic Leap’s product.  At a lunch aboard a boat (hosted by Boatsetter) in honor of female founders and community leaders, Jean Case,  CEO of the Case Foundation and author of Be Fearless,  advised companies to be intentionally inclusive. Research has definitively shown that diverse teams outpermorm their counterparts, she said. 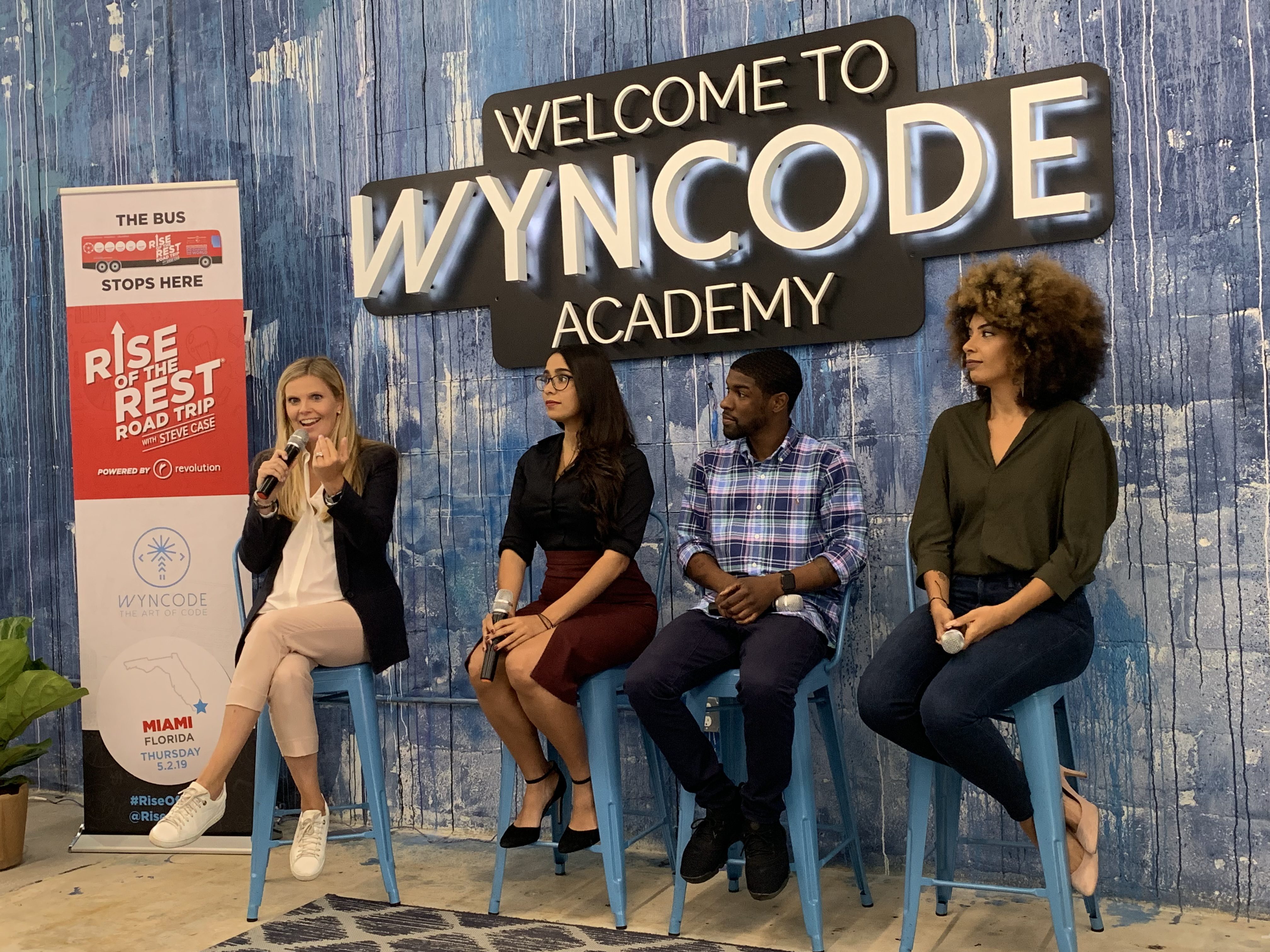 The tour resumed with a stop at the coding school  Wyncode, where students shared emotional stories about how learning to code turned their lives around. Then the bus headed to Overtown’s A Space Called Tribe, a co-working space for entrepreneurs of color, where Danie Spikes, founder of the beauty startup Beloved, spoke of the difficulties of starting a business being female, black and living in Florida – “a trifecta,” she said. 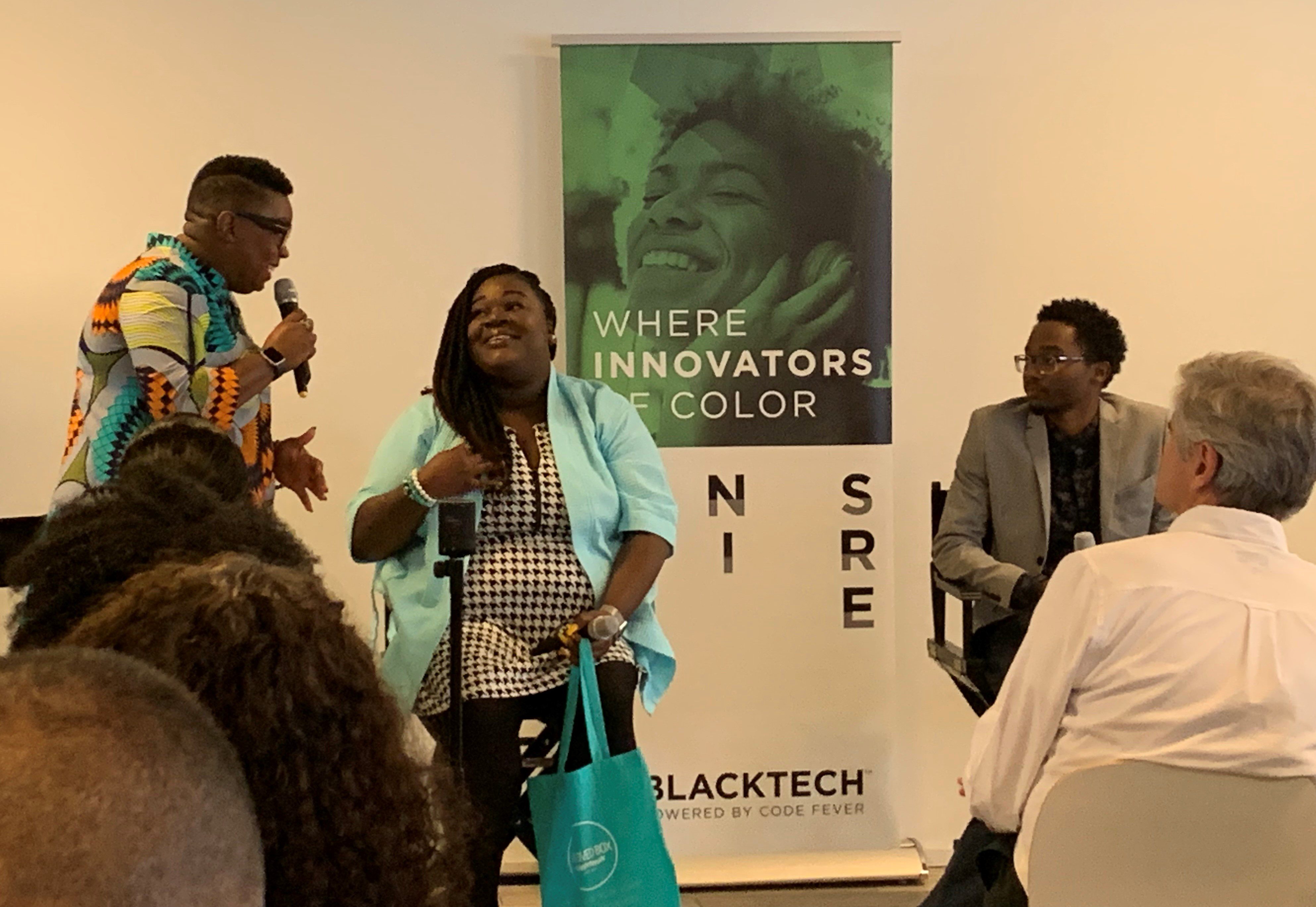 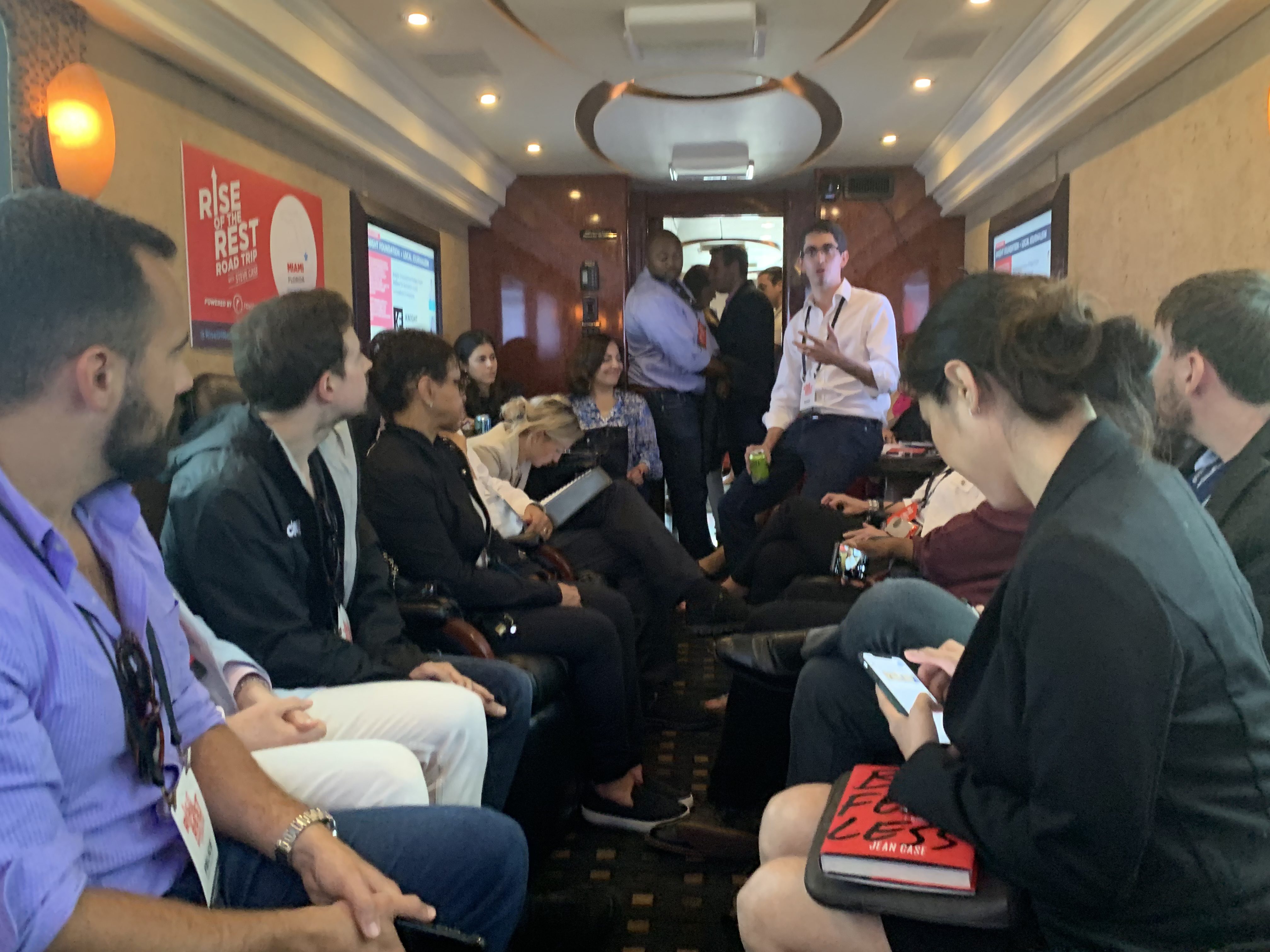 The success of Chewy and the momentum and visibility of Magic Leap has clearly helped lift Miami, said Case. “It leaves venture capitalists sitting in Silicon Valley saying what the heck is going on in South Florida?”

Still, he said, the data tells a different story. The Sunshine State won’t ever be the Startup State as long as it is only luring less than 2% of venture capital. Indeed, 75% of venture capital goes to California, New York and Massachusetts, and that is one of the key reasons Rise of the Rest was born.

Case praised Miami for being one of the U.S’s most inclusive startup cities and also highly collaborative. “I love the diversity of the entrepreneurs, with half coming from somewhere else, but it still needs more capital and story telling is so important. There is a lot of positive news, a lot positive trends but there’s still work to be done.”

Steve and Jean Case give a fireside chat at the Rise of the Rest Miami closing event.