Like many of us, entrepreneur Evan Leaphart learned about financial literacy the hard way. His startup launched an app to help kids learn.

Financial literacy, and more specifically managing credit, is not something we learn much about in school. A Miami entrepreneur wants to make a social impact by helping kids as young as age 4 learn about managing money and credit.

Evan Leaphart and his team have launched Kiddie Kredit, a mobile activity-tracking app that teaches kids about credit in the process. The premise of the app is the better a child performs tasks or chores, the better the “Kredit score,” he said. 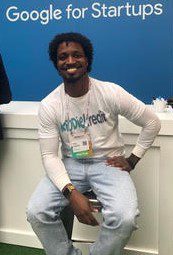 Leaphart had always been an entrepreneur at heart – he launched his first business as a child. “I have always been that kid. I had a lemonade stand, I built my own computer from scratch so I could burn CDs and sell them to my high school friends and my homework suffered because of it.”

Like many of us, Leaphart learned about financial literacy the hard way. His journey through college, apartment hunting, unemployment, and business ups and downs exposed him to how much a credit score can impact life’s options.

After pushing to rebuild his own credit, Leaphart became a mentor to kids in South Florida, teaching them core concepts of finance and credit.

He combined his passions for entrepreneurship and financial literacy education to launch Kiddie Kredit with a mobile app that uses household chore tracking to teach children the foundations of credit in a fun, gamified way. The app also has a classroom task management tool for teachers and their students.

“I’m a firm believer that if we have more entrepreneurs tapping into their passions and creating, we will be able to build up communities from within, especially less privileged, lower income communities,” said Leaphart. He has founded and ran other businesses including a cleaning service focused on vacation rentals and a transportation company. Leaphart also did men’s tailoring, taught by his mother, for a while, too, but Kiddie Kredit is his first passion-project business. 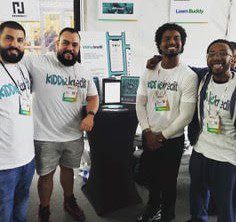 The Kiddie Kredit concept was developing in Leaphart’s head for a few years, but in early 2018, he began assembling a team. Matt Cohen, who has experience scaling apps, joined as COO. John Saunders, digital marketer and founder of blackwallet.org, a financial literacy website geared toward urban marketers, joined as CMO. Leaphart took part in the first class of the Miami EdTech accelerator, and Miami EdTech founder Carlos Vazquez introduced him to Victor Moreno, who became CTO. Kiddie Kredit has an advisory board of four.

“We have an awesome team,” Leaphart said. “I truly feel like the dumbest person on my team and that’s OK.”

Kiddie Kredit's app, targeted at ages 4-12, launched on the Apple App Store and Google Play in April. Already, the app has 1,500 users and has earned a 4.7 ranking. Now, the team is focused on marketing and product development to increase usage. The app is free, but the company plans to make revenue through a rewards marketplace, where kids can spend their currency, called Bamboo Bucks, earned on the app. It is under development.

The bootstrapped Kiddie Kredit hopes to raise a $500,000 seed round. Two angels have committed funding. With the funding, Kiddie Kredit plans new features and products.

“We want to eventually scale this out to a teen offering that has more real-world functions like a debit card so when you turn 18 and get that first credit card you already have years of experience,” said Leaphart.

“We are playing the long game with the app. We really want to change the entire conversation about why people don’t understand credit.”

“Evan is determined to educate the youth on an important aspect of financial literacy - credit. He believes truly that a higher comprehension of credit will ultimately pave the way for more entrepreneurs and has total buy-in from his team on its concept and importance. I'm so proud of him for what he has accomplished over the past year and believe that the area that he is addressing is critical for youth of color to take control of their financial lives,” said Vazquez, CEO of Miami EdTech and on the advisory board for Kiddie Kredit.

For small businesses, Xendoo delivers the numbers – and peace of mind

For automated sales development, Blanket has you covered

How a newborn helped birth the fast-growing BabySparks

Can MyRentHero make finding student housing painless? It was built to do just that

When a selfie stick just will not do, Shoot My Travel to the rescue

Presence And Confidence In A Virtual World

Dating in The Digital Age

Asana Presents The Power Of Planning: Working Proactively In The Reactive Age