Mobility app rewards you for leaving your car at home

Want to get rewarded for using transit and shared mobility services or even your own two feet to get around town? A new app launched in Miami-Dade last year to do just that and has now begun expanding into Broward County.

Velocia is a mobility app that rewards multimodal transit use in cities, incentivizing users to leave their cars at home and choose active and shared transportation options for their daily commutes to ease traffic and lower carbon.

Through its free app available on iOS and Android, users can also earn rewards for biking, scooting, riding public transportation, and walking. The rewards are mobility-focused: For instance, take a bus or any number of commuting options and you can earn Velos to redeem for discounts for using Bolt, Lyft, Getaround, Miami-Dade Transit and more, creating a virtuous cycle. Newsweek recently named Velocia, a TechStars alum, as one of its Top 100 Smart City Partners.

Velocia announced Wednesday that Toyota Tsusho Canada is an investor.  While it is Toyota Tsusho’s first mobility-as-a-service investment in North America, it is the culmination of a two-year collaboration that included TTCI supporting Velocia’s board of directors in an advisory capacity.

“TTCI’s deep knowledge and global connections in the transportation industry will provide us with augmented strategic guidance about the mobility market worldwide, furthering our development of innovative campaigns and partnerships to help solve complex traffic problems that are plaguing major cities,” said David Winterstein, CEO of Velocia, in a statement.

Velocia, a Toronto-based startup, chose Miami-Dade as its first market to launch its app. It launched in the county late last year, with an original goal of bringing on 2,000 users to its platform for its beta test. Through organic growth, the app now has about 10,000 users, Winterstein said.

The speed of the organic growth was surprising, he said. “We find that our users are really engaged. They refer people to others like I have never seen before in my experience… Users are able to redeem Velos for discounts off mobility services, and encourage you to get out of single-occupant vehicles, reducing traffic congestion and carbon.”

Expansion into Broward has already begun, with existing partners that include Citibike, Bolt Mobility, GetAround, Dashee, SwiftSeat and others. Winterstein said the company is also working on bringing on more partners and expansion into other cities is in the plans: “We have also been approached by a few other large cities in the US  and are in active discussions.”

The app has its roots in Fastrack Institute’s 16-week program in 2017 to address Miami’s traffic concerns. The Miami-based nonprofit foundation was created to tackle urban issues such as mobility by seeking potential solutions and putting them on a fast track to be tested and developed into companies. A team selected to accelerate the formation of a company based on the idea of rewarding conscious commuters had originally planned to build new startup from scratch here in Miami. Instead the team  found an existing company based in Toronto, Velocia, that was doing the same thing, said Mike Lingle, one of the original Fastrack team members who has continued to stay involved with Velocia.

“They were pursuing the same vision, they had developed the technology and we had already done all this work in Miami to make it an amazing launch city, so we decided to join forces,” said Lingle, who is Velocia's Head of Product. “It has turned out to be the perfect partnership since they needed a launch city and we'd already done a ton of work with the major players in Miami.” 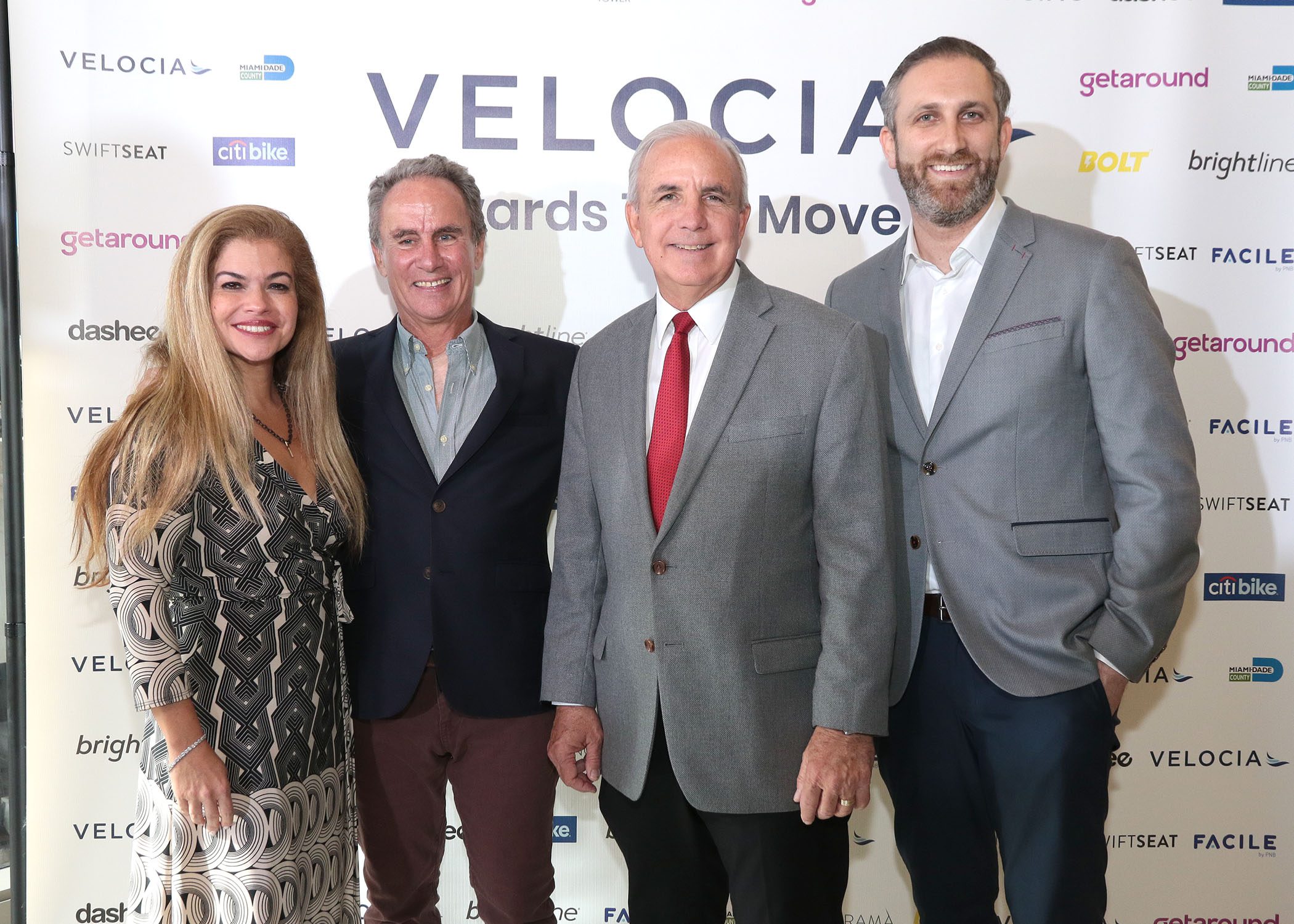