'We think that the hospitality business can benefit from tech. Tech should work for the industry, not against it' - Nadav Solomon, President of Tabit

Paying at a restaurant is a delicate dance. A plastic card changes hands and slips of paper are signed, all while waiters scurry about.

But one of Israel’s top hospitality tech startups is turning this process on its head. Tabit, which has its US headquarters in Miami, is making it digital – and passing on the savings to restaurants themselves.

The startup has developed a mobile-first platform to help restaurants and hotels leverage digital tools to analyze and improve their business. Tabit, founded in 2014, reports that it has captured more than 45% of the market share in Israel. The company has already had a soft launch in the US, primarily in the Dallas market, but now plans to leverage Miami’s position as a world-class hospitality hub to propel the startup’s US business.

Nadav Solomon, Tabit’s Co-Founder and President, is passionate about helping restaurants leverage the latest technologies to drive their bottom line. “We think that the hospitality business can benefit from tech,” Solomon told Refresh Miami. “Tech should work for the industry, not against it.”

The startup has already begun to gain traction in South Florida, securing high profile clients including Gianni's Restaurant at the Versace Mansion, Serafina, Novikov, and KYU – just to name a few.

Tabit has partnered with Florida International University, home to one of the most prominent and largest hospitality schools in the country, on initiatives such as teaching students how to use their mobile point of sale technology and helping modernize the school’s tech stack.

The startup also sponsored the SoBe Wine & Food Festival, which is hosted by FIU. There, they worked with Bacardi to build what Solomon described as “the bar of the future,” which prominently featured Tabit’s latest innovations. “For us, being one of FIU’s partners is a great honor,” Solomon said.

Nadav Solomon demos the Tabit solution at the SoBe Wine & Food Festival in March. Tabit team at the festival is pictured at top of post.

Currently, 15 of Tabit’s 150 employees are based in Miami. Solomon expects that to grow to between 30 and 40 employees by the end of the year.

Many major providers of hospitality tech skim off the top of businesses’ revenue, shrinking their bottom lines. “Reservations can cost $1 per head, delivery companies charge 30 to 40 percent, and payment companies often take 3 to 5 percent of sales,” Solomon explained.

All those charges can add up. The pandemic didn’t help the hospitality industry either, with its forced closures and mandates to reduce capacity.

Tabit helps cut down on those tech expenses by providing an all-in-one platform that brings restaurants into the 21st century. Solomon said that the post-pandemic digital push has converted even the staunchest luddites: “we have seen huge progress in the market acceptance of new tech in restaurants, as well as more interest from restaurant operators.”

Solomon noted that the company’s mobile devices can increase sales while also ensuring quicker table turns – all while improving the accuracy of orders. More customers served and a higher, more accurate check size per table is a recipe for success.

Restaurants are taking notice. Solomon said that Tabit has experienced “drastic growth” during the pandemic. “We doubled our business through Covid. We helped more than 700 restaurants to convert their on-premise business to a full online delivery system within less than 2 weeks. We had a churn rate of only 5% – impressive compared to the market rate, which is double-digit.” Tabit also closed a $35M Series B round led by Vertex Ventures Israel in April 2020.

What’s next? Solomon said that Tabit hopes to keep the momentum going on its Miami-based restaurant business while also expanding into the local hotel business.

Yet,  Solomon’s goal for the ecosystem is even more ambitious: “We want to build a huge hospitality tech hub here,” he said. And building it they are, one mobile POS system at a time. 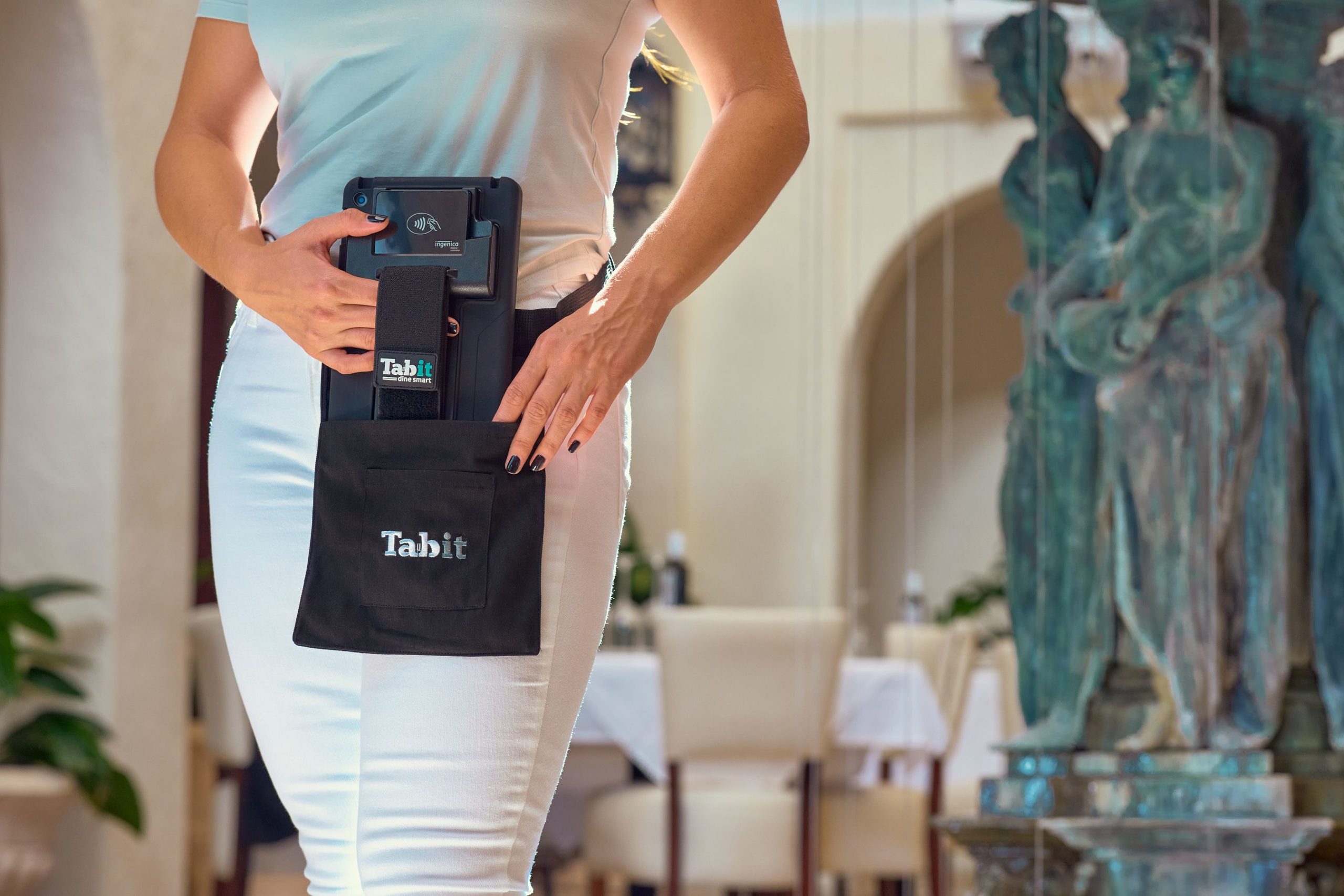 All photos provided by Tabit