Papa, Miami’s homegrown “Family on Demand” startup that is close to making Papa Pals a household word, has raised $60 million in a Series C round led by Tiger Global.

The funds will be used to help fund its growth across all 50 states, propelled by dozens of insurance firms that now offer the Papa service as a benefit. Papa, the Miami-based elder-tech startup that that pairs older adults and families with “Papa Pals” for companionship and help with everyday tasks, has raised  $91 million in total, including $18 million in its Series B round led by Comcast Ventures six months ago.

With this new round, Papa has attracted one of the biggest marquee names in venture.  Tiger Global, which has been on an investing tear this year, started its life in 2003 as a New York-based hedge fund and is now  a $65 billion global venture and private equity fund and is one of the investment industry's biggest players.

Since founding Papa in 2017, founder and CEO Andrew Parker has racked up some impressive milestones, including 600% month over month growth since the start of the year, he said in an interview with Refresh Miami this morning. The startup has 220 employees, about 100 more than just six months ago, and will be moving into its new Brickell headquarters in Miami this month.

Papa has been on a tear partnering with health insurance plans; it is now available through 80 health plans offered nationwide, including Humana, Aetna, AvMed and Florida Blue Medicare, Parker said. Papa works with Medicare Advantage providers as well as Managed Medicaid for family support, and it's available through plans for employers as an employee benefit to support family caregivers.

"We have large customers across all those channels and year to year we've grown about 600% and we are looking to do it again," Parker said. Because many health plans decide around this time about their offerings for 2022, "it's looking like we'll have another huge year coming up for us."

You can see Papa's growth through another metric: the number of Papa Pals on its platform is about 15,000. Papa Pals help their customers with include transportation, light household chores, navigating technology, doctors’ appointments, prescription pick ups and grocery delivery. Originally mainly college students, Papa Pals now range in age from 18-45 but the startup looks for "youthful" spirits to provide those intergenerational connections. The average age of a Papa Pal is 29.

Parker got the idea for the startup when he was trying to find a helper for his grandfather, who he called Papa. Papa launched in 2017 as a consumer app with a few dozen Papa Pals offering service, and gained a loyal following of early adopters among the elderly set. But it has been scaling up in a big way since it  pivoted to propelling its growth primarily through b2b applications via health plans over the last 18 months. Papa went virtual with its service offerings during the pandemic because Papa helps ease loneliness and the pandemic only exacerbated the ill health effects that arise from social isolation.

"Addressing loneliness and social isolation is a critical issue for older adults and their families, especially as more seniors choose to age at-home. Papa has developed a highly personal companionship model to solve this unmet need, delivering exceptional satisfaction ratings and healthcare outcomes," said Tiger Global Partner Scott Shleifer, in announcing the investment. "We are excited to back the clear category leader and believe they're just scratching the surface of the opportunity that lies ahead.”

To be sure, Papa is making a big statement on its home turf too. In the next week or so, the startup will be moving into its new headquarters in Miami's Brickell neighborhood, an 11,500-square-foot space that can accommodate 70 to 80 of its  employees at any one time. The space, which includes a generous patio, will not be a traditional 9-5 office where everyone has a desk, but rather it will  have collaboration spaces for employees to come and go, in the heart of Miami and close to public transit, Parker said.

One of Papa's early believers was investor Alexis Ohanian, who led the seed round in Papa in 2018 and tweeted this morning "Believe it or not, this was not an obvious investment back then, but I believed in the potential of a #MiamiMade startup and the importance (and value!) of  #SeniorTech. Glad to see how far they've come and I know this is the early days for @aparkthelark and the team." At an event in Miami  just before the pandemic, Ohanian reminded the event goers of why successes by startups like Papa can help to define and grow a startup community. “Any startup that can be successful and genuinely argue why it is good for the world has an advantage now. That’s why companies like Papa and others will have advantage because they want to solve real problems.” 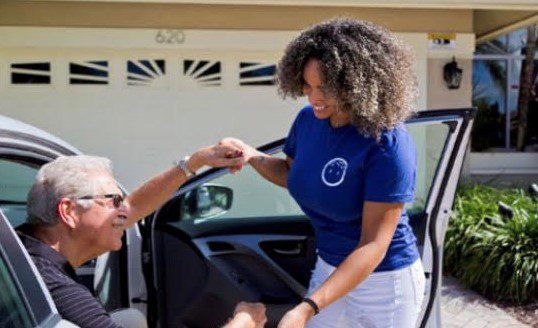