SoftBank’s impact already being felt in Miami – in $$$ and jobs

SoftBank Group, the Tokyo-based technology giant with operations in Miami, has already invested about one-fifth of the $5 billion fund it launched in March for new technology companies in Latin America. Andre Maciel, a managing partner at SoftBank Group International, told Bloomberg today it is eyeing about 300 companies for the next investments, and about 200 of them are in Brazil. 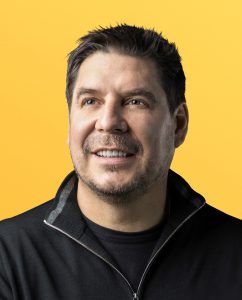 Maciel is based in Brazil, but as we’ve reported here, SoftBank’s hub for its $5 billion Latin American Fund is in Miami, where it already employs at least 10 already with a number of job openings. The fund is overseen by Marcelo Claure, who has deep roots in Miami founding Brightstar before moving on to lead Sprint and now SoftBank. He is CEO of SoftBank Group International.

IMPACT IN THE NUMBERS

Indeed shows 78 SoftBank-related job postings in Miami, including 13 openings in Miami for its Latin America Fund and tech hub,  including a VP of Operations, Financial Analyst, Director of Communications and Controller. Clearly SoftBank’s impact is already making waves here in job creation.

Of the 78 job openings, the rest of them -- 65 —were with REEF Technology, led by CEO Ari Ojalvo, or its subsidiaries REEF Kitchens, ParkJockey, Lanier Parking and Vessel. That expansion is fueled by a  Softbank mega-investment into ParkJockey (now REEF Technology); SoftBank and REEF are not disclosing the investment amount; sources have put it at $800 million to $1 billion.

WHAT'S NEXT IN REGION

In the Bloomberg report today, Maciel said SoftBank is looking at companies in healthcare and real estate, and making bigger bets in fintech and mobility firms. The Latin America Fund's team is also focused on getting its investments in other regions a foothold in the Latin America market. This  can only help Miami since a growing number of companies base their LatAm operations here.

In the first half of 2019, investments in LatAm have almost equaled the $2.4 billion invested in all of 2018. Most of those were SoftBank-backed transactions,  led by a $1 billion over time bet on Colombia’s mobility startup Rappi. “This is the kind of capital that has never been seen before in Latin America,” Maciel told Bloomberg. Read more in the Bloomberg report here.