Very Big Things, a digital products design and development firm based in Fort Lauderdale, works with some of South Florida’s most successful startups, including Boatsetter and Papa. It has taken on social impact projects such as being recently announced as the Virtual Reality Partner for the Dan Marino Foundation. And along the way it has grown into a 45-person team with offices in three countries.

I chatted with Very Big Things co-founder and CEO Chris Stegner recently about Very Big Things, which launched in 2018. This year VBT was one of five finalists for a Webby in the Apps, Mobile, and Voice: Lifestyle category.

Very Big Things is the latest milestone in a career that started at age 13 when Stegner founded his first tech company – 3D Studio Max World Wide – after teaching himself html. He experienced his first exit (actually two acquisitions) and then the tech bubble burst by the time he hit high school. A  few years later, after trying out a job in auto finance (not for him), he returned to tech and eventually moved from Seattle to South Florida (“the ocean was warm – that sealed it”) in the early 2000s. He worked at or co-founded a number of startups, including TradeKing, Catalogs.com and Mad Dev, and was a junior partner and CTO for Boca-based  venture capital firm Z9  before launching VBT.

“I have done everything around startups, launched five of my own startups and had some failures and flops, I got to see it from the VC side and the consultant side, every angle you can imagine,” said Stegner. “The biggest thing I took away from all that is do something that matters to you, something you are passionate about, and everything else will work out.”

For Papa Technologies, the Miami-based senior-tech startup offering “grandkids on demand,” VBT has been handling its technology from the start, Stegner said. “The app is about 1 percent of what we built for them. Behind it we had to build a huge logistics system… We’ve been with them from before Y-Combinator. Now they are just exploding.”

VBT started working with South Florida's Boatsetter by building out its owners app and now has an ongoing relationship with the leading peer-to-peer boat rental company. For Sensie, a Miami startup in the meditation space, VBT is building out its machine learning and AI, as well as its user experience.

VBT also has enterprise clients like Banyan Medical, an Omaha-based  enterprise medical company for which VBT is part of its digital transformation team. For Mapbox, which powers the mapping for Facebook, Tinder and Tesla, VBT is helping to build out open source libraries for React Native.

“All of this has given me a very unique perspective when we are working with startups. I say, would I invest in it? At the end of the day, we are investing our time. Our goal is to never just launch a product for a client. We build relationships with them and help make them successful and then ride along with them.” 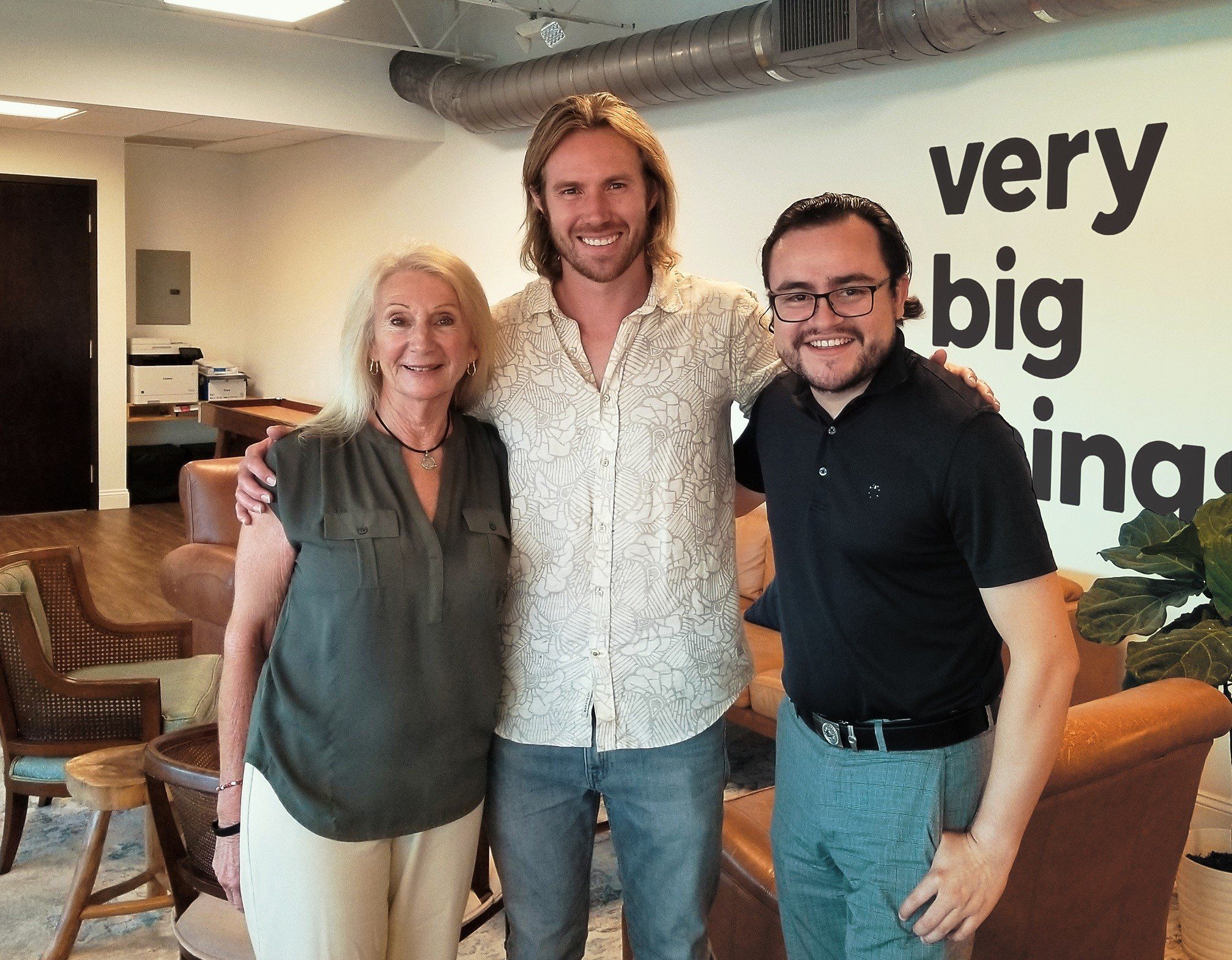 Very Big Things will be launching Dan Marino Foundation's first-ever web-based virtual reality product, a mock interview experience for young adults on the Autism spectrum. “People with developmental disabilities can do so many jobs really well and the biggest problem for them is the interview step. We thought let’s help them [Dan Marino Foundation] solve this big problem so they can get to do the jobs they are exceptional at doing,” said Stegner.

The goal is to extend the reach of the foundation’s existing Virtual Interactive Training Agent (ViTA), now only accessible through certain larger computer systems. Very Big Things will be creating the new virtual training program allowing the experience to be accessible on almost any computer, laptop or tablet anywhere. It plans to have the first version out this year.

This year, Very Big Things has opened its third office, this one in Odessa, Ukraine. It also has a location in Zagreb, Coatia, where three of Stegner’s business partners also are based. VBT has about 10 employees in Fort Lauderdale, and about the same number in Ukraine, with the rest of the 45 in Croatia.

“In hiring, the number one thing I look for is that desire. We want to provide a fun workplace that people enjoy being at but at the same time we want people that are looking for something more. They want to be the best and aren’t afraid of chasing that goal.”

One of the back-end technologies Very Big Things uses is Elixir, and VBT said it has hired the second best Elixer developer in the world to join the team. In just 18 months or so, VBT has  grown from 2 clients and 7 employees to 3 offices, 45 employees and 15 long-term relationships with clients.

Stegner says South Florida is “getting there” as a tech hub because startups aren’t afraid to take chances.

“Everybody wants South Florida tech to do well and there are lots of meetups and so forth, which is great. But in my experience, the way we can help the most is to help make startups successful so they are put in the national spotlight and it blows up from there.” 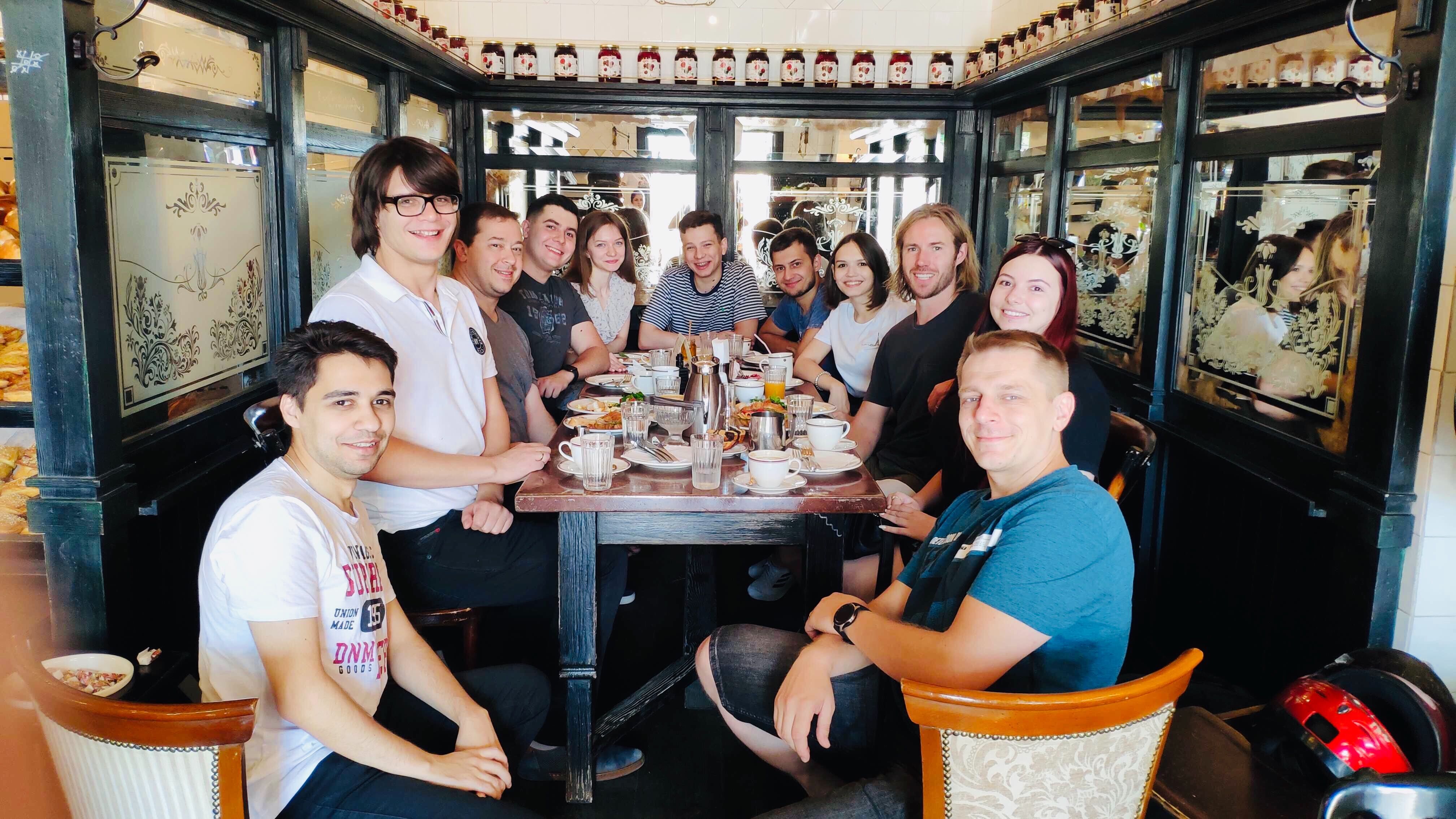