The lack of diversity in tech: How not to be part of the problem

Since most of the people I know in tech are progressive, open-minded and good people (if not a bit full of themselves), I assumed that issues around the lack of diversity in tech would slowly resolve themselves.  I was wrong.

In early 2019, I read an article in Entrepreneur Magazine “Out of $85 Billion in VC Funding Last Year, Only 2.2 Percent Went to Female Founders. And Every Year, Women of Color Get Less Than 1 Percent of Total Funding”.

This jarring headline piqued my curiosity. I realized that we are not going to make meaningful progress in creating an inclusive tech ecosystem where the best ideas, with the best execution by the best people prevail, unless we create more diversity by including more women and more people of color in our companies and in our venture funds.

In 2020, the tech scene in the US and in Latin America looks almost as dominated by European males as it was twenty plus years ago when we launched Patagon, the first fintech in LatAm (sold to Banco Santander for over deal value of over $700mm).   Today 83% of tech executives in the US are white, according to TechRepublic.  Facebook, for example, has gone from a workforce that’s 3% Black to 3.8% in the past six years.  Progress?  Hardly.

The tech ecosystem in Latin America does not fare better.  For instance, at least 50% of Brazilians are Black or of mixed race. My colleague at PAG Law, Fernando Burman, a proud Afro-Brazilian, commented to me recently that, except for family members, he had never had the opportunity to work with another Black founder in Latin America (outside of his family members).  And our law firm has represented over 600 Latin founders…. The lack of inclusion of Black people in the Latin tech ecosystem as founders or as investors is just as dramatic as the lack of participation by indigenous people.

We must acknowledge that we collectively need to be agents for change.  We cannot simply hope that the lack of diversity in the tech world will simply just resolve itself because we are all open-minded people who want a more inclusive world.  So what to do?  Be the diversity you want to see in the world.

Create a Team You are Proud of.

I met recently with a founder who is launching an ambitious company focused on producing and selling medical supplies for women.  After he walked me through his deck, I made the obvious observation that there wasn’t a woman co-founder or even as a founding team member.  He commented that he hadn’t noticed that there wasn’t a woman in the deck - and that he really didn’t know many women in MedTech.

We can all build amazing, diverse teams of top talent if we get out of our comfort zone.  Most law firms are not diverse at all-the statistics around diversity in the law are about the same as those in tech.  At PAG Law, all of our partners are Black or LatinX, half of our equity partners are women, and half went to Harvard College & Harvard Law School.

This diversity at PAG Law did not happen by accident. From day one, a strategy of the firm was to build the most diverse team of excellence we could imagine.   In fact, until recently virtually none of our clients seemed to value or care about PAG law’s diversity. And that was fine. Because we valued the diversity of perspectives and ideas that we created within our law firm. Whether our clients cared about PAG Law’s diversity was secondary to us.

The big lie we often tell ourselves is that there aren’t qualified candidates out there who don’t look like us, who we didn’t graduate with or who didn’t grow up like us.

Acknowledge your privilege.  Then surrender it.

I sit on many boards of directors and boards of advisors. Whenever the issue of the lack of diversity at the board level comes up, it is always the same dynamic. Everyone on the board in the abstract agrees there needs to be more diversity at the board level and within senior management. And no one thinks they should be the one to step aside to create space for a Black, brown or female board member or executive.

Rather than wait for someone on the board to die or retire and hope that an amazing, diverse replacement shows up at exactly the right moment to fill the open board seat, I have spent the past several years finding capable, diverse people to replace me on these boards.

I am pro-actively helping to identify and mentor my replacements.  So rather than feeling like I am giving up my privilege, I feel it is my privilege to hand the baton to someone with fresher ideas than my own.

We can each be agents of the change we want to see. We have to accept that this might involve personal sacrifice, and that is okay.

Vote with your wallet.

My father would often mention to me the “Golden Rule” which is that he/she who has the gold rules.  All of us who invest either our money or time mentoring entrepreneurs should apply the Golden Rule by pro-actively looking for a diverse team to invest time and money into.

It is equally important to follow where the money gets spent. Recently the Coca-Cola Company has launched one of the legal industry’s most rigorous outside counsel diversity programs yet, requiring law firms to give a portion of work to Black attorneys specifically and withholding a nonrefundable 30% of fees from those that fail to meet diverse staffing metrics.

I often ask founders how diverse are their lawyers, accountants and other service providers.   Most of the time I am told “Good question. I don’t know.”  That is a problem because on whom we spend our dollars will dictate whether diversity is truly valued or not.

One insidious tendency I see over and over is that minority founders and minority venture capitalists are held to a different due-diligence standard by prospective investors and LPs.

It often feels like investors or LPs are looking for reasons not to invest in minority founders. Or at least investors feel they need to do more extensive due diligence on minority founders.  This is the opposite of what I see for white founders and VCs from Stanford or the Ivy League where investors and LPs seem determined to excuse any red-flags and invest.

I often hear venture capitalists bragging that they funded a company they never met after a couple of Zoom meetings. I ask myself: How many of these founders are Black or don’t look like the VC?

Brian Brackeen’s barrier breaking fund Lightship Capital had the largest initial close of any first-time venture fund led by a Black general partner. I have had the honor of collaborating with Brian for the past 10 years. 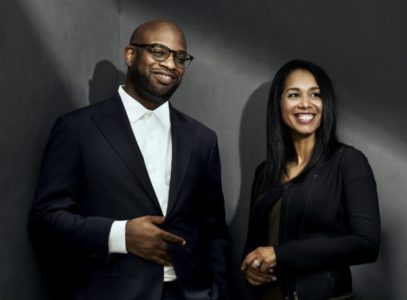 I don’t think Brian and Lightship deserved this increased scrutiny and one has to wonder whether race has something to do with it.

Does this heightened level of concern reflect systemic racism? Do I think the people who were inquiring about Brian are racists? Likely not. However, this higher level of scrutiny and diligence does reflect a double standard (or at least an inconsistent standard) in tech.  We have to be careful to avoid this double standard if we want to create a level playing field.

We often cannot wait for issues to self-correct. The lack of diversity in tech is one of those issues.  The legendary economist John Maynard Keynes noted that while markets may be efficient in the long run, the issue is that in the long run we are all dead.

At this pace of change we will all be long dead before we enjoy the benefits of a more diverse and inclusive tech industry.

The alternative is not to wait.  Create the diversity you want to exist now, long before you are dead.

Juan Pablo Cappello is a founding partner at PAG Law. He can be reached at jp@pag.law  He also hosts a podcast on the Latin Tech scene, "Aquí & Ahora": https://aquiahora.buzzsprout.com

Refresh Miami welcomes guest posts. Have an idea for a post? E-mail ndahlbergbiz@gmail.com

How to give a Miami tour: Brian Brackeen spills his secrets of success

The rocket is on the launch pad: Why 2021 will be Miami’s breakout year: Auston Bunsen