The rocket is on the launchpad: 2021 will be #MiamiTech’s breakout year

Host’s note: For this year’s year in review, I wanted a true long-time insider’s perspective. Auston Bunsen was one of the first developers and tech entrepreneurs I met in Miami, from back in the early SuperConf days. He’s written several guest posts for me over the years – thank you, Auston, for reviewing this truly pivotal year for us. Also, look out for @bunsen weekly Twitter “Que Bola!?” recaps on Sunday evenings. 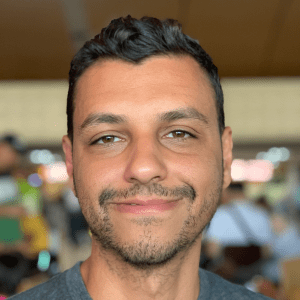 Recently, Nancy reached out to me about doing a recap of Miami Tech's blockbuster year. For me, what finally reached an inflection point for Miami Tech in November 2020 started in 2013 at the Stripe office in San Francisco's Mission neighborhood, where I attended a dinner that had talks from Keith Rabois & Elad Gil. Elad gave a talk on scaling your company from 3 to 1,000 employees & Keith gave an early version of his now-famous "How to operate" talk. After the talk, I got to meet Patrick C from Stripe & somehow ended up chatting with Keith. I remember three things from that conversation: Keith is taller than me, he thinks and talks extremely quickly & I told him he absolutely needs to come check out the Miami Tech scene. That was that; I kept in touch with Elad via email but never exchanged contact info with Keith. I came back to Miami & kept building. What else was there to do?

This entire time, notable, successful tech entrepreneurs were moving to Miami. The first one I can remember was Matt Tanase, the co-founder of SliceHost, which sold to Rackspace, who I met by posting on Hacker News, Then came Jim McKelvey, from Square. Shervin Pishevar came next, then Moisey Uretsky, followed by Ben Uretsky & a few more up through the end of 2019.

Something interesting was slowly happening, but I wasn't sure what.

This year started pretty bad. Hundreds of engineers and designers at some of the largest tech employers in the region were laid off, including at Magic Leap, Carnival and Royal Caribbean. Covid canceled both SuperConf and eMerge Americas.

Then I noticed something interesting. One of the SuperConf speakers, Kumar Thangudu, a Silicon Valley resident of 10 years, stayed on months after he was supposed to leave. The last thing he had done before lockdown? He came to a SuperConf dinner I had with a bunch of founders, investors and community members. Soon after, Kumar introduced me to Stevie Graham, Teller.io's CEO and founder who was considering Miami. I met them for dinner and we spoke about the benefits of Miami: Different cultural values than SF, diversity in thought (right & left somehow co-exist mostly happily in Miami), excellent tech talent that's underpriced, amazing condos that are underpriced, diversity in representation but not solely for the sake of optics - but due to fantastic talent, no state income tax, and the most amazing weather on earth for five months of the year. Right around that time, the founder of SwagUp, Michael Martocci, reached out to let me know he'd moved his core team to Miami. I noticed on Twitter  David Goldberg of  Alpaca VC was moving.  Marie Berry & her husband,  Kiel Berry. were as well. Harry Hurst,  who is the CEO of Pipe, appeared to be camping out somewhere close and Alex Taub, the founder of Upstream, relocated too. I received weekly intros to new VCs, founders & execs coming to Miami in my inbox from July to October.

Things were heating up quickly.

It was not until I invited Stevie to dinner that I realized a whole lot of people are relocating to Miami, not just the vocal few on Twitter. While we were eating, he showed me a story on IG when only by chance the app flipped to Keith Rabois' story, to which Stevie immediately said, "Is that Brickell? Is Keith Rabois in Brickell?" 🤯 is the best way I can describe my reaction. It had taken seven years, but he finally decided to come check Miami out.

Shortly after that dinner, I spoke to my long-time friend, Miles Varghese, CEO at CargoLogik, about all these cool people and things happening in Miami and  he told me I should do a weekly breakdown on Miami Tech. So I did.

That led to even more people reaching out. Then the Fortune magazine article was published about Keith Rabois' move & the floodgates opened. The number of people moving & reaching out has only been compounded by having the Mayor & Shervin Pishevar use their bullhorns to tell the world about the extraordinary things happening in Miami Tech. You might say we're going parabolic.

This is the Miami that me & many, many, many people have dreamed of building a community around for the last decade.

However, like any rocket ship that takes off, we need immense amounts of coordination and alignment around a set of values & goals to launch successfully. This means we need the newcomers to mingle with the existing pool of talent to forge an even stronger culture and work ethic. This has already started to happen. The founders and VCs who have begun integrating are describing Miami as follows:

"I feel it is much closer than SF and NYC. There is a stronger bond."

"Lots of enthusiasm and energy that needs to be channeled into tangible next steps."

"Non-founders now have a lot more options [for working at startups]. This is probably the absolute best to have happened this year."

"Miami's current tech environment is momentous. It feels as though we are at an inflection point where we finally have the attention, incoming resources, and desire to make Miami a special place for tech."

I think we have a rocket on the launchpad to make 2021 a breakout year for Miami, but I can't stress enough how we need to put a tremendous amount of effort into open & clear communication across race, class & job roles to continue to win. Coordinating from the least connected people to the most connected is vital. Reserving judgment until after there are actions is critical. I am honored & blessed to help anyone in the Miami Tech community get connected & if you'd like my help, please email me: ab@bitsorbricks.com.

Disclaimer: As always, there is no way I can accurately represent a community of approximately 50,000 people working in technology in Miami, so I definitely missed someone. Don't be offended, instead reach out so I can connect with you!

About Auston Bunsen: I'm a web developer and entrepreneur. I've been fortunate enough to work on things used by millions of people over the last 12 years of my career with products like 1Sale.com, Reviewed.com and other personal projects. I currently work as a Software Engineer at First Round Capital and I spend my free time organizing an awesome conference called SuperConf with my wife, helping entrepreneurs, and building out the future of the internet at QuikNode. Follow me on Twitter @bunsen

Way early, not there yet, just right? Why this time this VC made the Miami move

Panther Coffee in Wynwood is a popular #MiamiTech gathering spot.