Access to talent is top of mind for tech companies in South Florida as well as those considering a move to Florida.  What does the region's tech talent pool look like? Is there enough talent to support the fast-growing tech industry? A new report by Tech Hub South Florida may provide some answers.

Joe Russo, Tech Hub South Florida's president and CEO, said the nonprofit association commissioned its 2020 Tech Talent report “to understand the data behind some of the trends we’ve noticed.” The dashboard, a new resource for the community, provides insights into one of the most hot-button issues around the South Florida tech workforce.

Some of the report’s top findings: 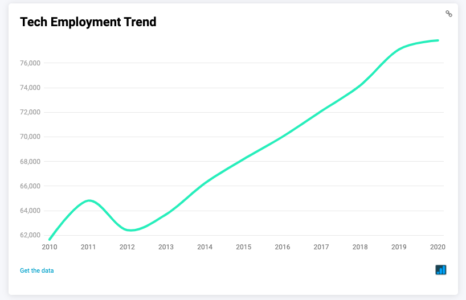 In 2020, software developers and software quality assurance analysts and testers were the most sought after, coming in at an average of 647 monthly hires, according to Emsi, the company that provided the data. This was followed by computer user support specialists, 458 of whom were hired each month on average. The prominence of these two positions points to an urgent need for experts that can both develop and troubleshoot high tech tools.

Erik Larson, CEO of eIMPACT, a research firm that helped compile and analyze data for the report, said that local leaders should look at ways to foster more homegrown talent: “As part of the growing pains, it’s clear that demand for the talent is starting to outstrip supply.”

The report highlights that there are four times more job postings than there are hires in the South Florida tech ecosystem. Mihai Fonoage, VP of Engineering at Modernizing Medicine, who helped compile and edit the report, said “this is a huge gap that needs to be closed” but that “organizations such as Tech Hub South Florida, together with all our partners, are working feverishly to close this gap.” 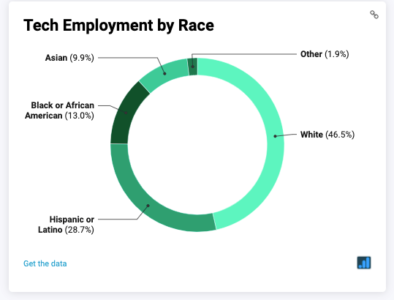 Diversity is another key differentiator highlighted in the report. South Florida’s tech industry is two times more diverse than the U.S. tech industry overall, in terms of race and gender. Yet Fonoage noted that “there is still a lot of work we need to do in order to close the gender and race gap that clearly still exists.” For instance, he highlighted that only around 23% of the regional tech workforce identifies as female, and about 13% as Black or African American.

Russo agreed that tackling some of these areas of improvement will be a communal effort. He called on tech companies, nonprofits, and government organizations alike to “work together at this and start investing now.” Russo highlighted the Knight Foundation’s recent $15.3 million pledge to grow Miami’s tech talent as a step in the right direction.