To ensure the privacy of genomic data,  GenoBank.io uses blockchain technology in the form of  'BioNFTs'

Bustamante is leaving his post as a professor at Stanford University’s School of Medicine to spearhead this initiative, which aims to develop a platform for sequencing SARS-COV2. This platform will enable researchers to monitor the different strains of the virus, identify how variants are spread, and better understand how the virus affects infected people.

In a statement, Bustamante said that he doesn’t want data to be a “mote,” but rather “it should be the energy fueling discovery, and that means letting it flow to where we most need it to answer a specific question. We’re thrilled to partner with [GenoBank.io] to try these approaches in the real world.”

GenoBank.io’s role in this endeavor will be to ensure the privacy of the study’s participants. The startup uses blockchain technology in the form of so-called “BioNFTs.”

Yes, you read that right: the same technology featured in headlines such as “Are NFTs Dumb, a Scam, or Secretly Useful?,” “NFTs Are Not Just Nad for the Environment, They Are Also Stupid,” and “NFTs Are Increasingly Taking Us Into a World of Make Believe,” can be used to help you keep your precious DNA strands safe.

Daniel Uribe, GenoBank.io’s Co-Founder and CEO, makes light of the comparison. “The art applications of NFTs actually help users and investors understand the underlying technology,” he said. “Plus, you might want to think of your DNA as biological art.”

Uribe has been working in NFTs since 2017. “We’re the only ones working with NFTs and genomic info,” he told Refresh Miami. “It makes sense because the human genome is non-fungible by nature."

Before founding GenoBank.io, Uribe spent most of his career as an IT cybersecurity expert in the Mexico City offices of multinational firms including Oracle, Sun Microsystems and Ericsson. He received an MBA from IPADE Business School in Mexico City and completed further executive training courses at Stanford University.

GenoBank.io tokenizes genomic data. This empowers users to become the owners and controllers of their DNA. Testing services like Hispanic-focused genetics company SOMOS like GenoBank.io’s service because it gets them off the hook for storing data. That’s because users are the ultimate owners and simply license these testing services to use and analyze their data without aggregating it.

“The donor is the one that controls the permissions,” explained Uribe. “This is a more ethical way to get the data because [third parties] still have access to the data but they don’t claim ownership. For them it’s good because this data is no longer a liability or a burden.”

Uribe is based in Silicon Valley, while GenoBank.io’s COO, Sharon Holm, is at the helm of their East Coast headquarters in Miami. The startup’s seven person team is distributed around the world, working fully remote. 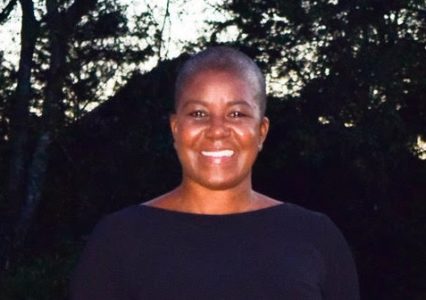 Holm said she sees Miami as “the gateway to Latin America for us,” providing them access to an important consumer base. Uribe and Holm also view Miami Mayor Francis Suarez’s positioning of Miami as a crypto-friendly city to be a strategic advantage. The startup has its sights set on a $1.5 million to $2 million seed round, and also has an active crowdfunding campaign on Wefunder.

These Silicon Valley technologists' entries into Miami raise an important question: Why do we need a Stanford in South Florida if Stanford will come to us?