View: Miami Tech needs to be for Miamians

'The tech talent is here. You just need to be open to accept it.'

For Miamians growing up interested in tech, there was really only one option: leave. The Miami brain drain problem is well documented, but a movement arose that claimed to want to change that: The #MiamiTech movement that started after Miami Mayor Francis Suarez tweeted the first “How can I help?” tweet that set off a firestorm of companies clamoring to relocate from Silicon Valley and other tech hubs to the Magic City.

But what did that mean for Miamians working in tech who already lived here? Since the beginning of the movement, there has been one phrase tossed at every pushback: “A rising tide raises all boats.” How true is that for Miami?

That depends on what you measure how much your boat rises with. 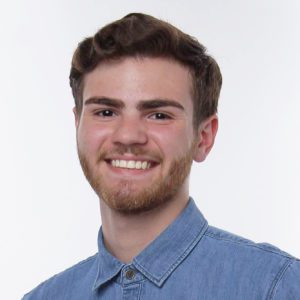 Florida International University’s Jorge M. Perez Metropolitan Center found that Miami is the most unaffordable place to live in the US in 2019. We spend some of the highest percentages of our income on housing and transportation in the country. Our wages, even for tech work, are lower than most metros in the country.

I know that to be true because I work in Miami Tech. In fact, I’m a second-generation Miami Tech worker (my father has been working in programming and web services for decades). Growing up, I not only thought that I would have to move to find a well-paying job at a tech firm, but I was encouraged by my family to do so; Miami’s just not the place to find tech work that pays well, everyone knows that.

As I grew up, I realized I actually do want to stay in Miami but also acknowledged that doing so wasn’t an easy choice. Even though I’ve been working in tech for three years, the wages here aren’t high enough to pay rent in many cases. Apartment hunting recently proved that for me.

The rising housing prices are also not good for locals in general. Several tech firms moving to Wynwood, a historically BIPOC community, can further gentrify the area and increase housing prices in an area already facing the effects of climate gentrification.

So, what does that mean for locals as tech firms seem to be gearing up to move here? Well, if they continue with decisions to hire 80% relocations and 20% local, as one firm noted, then not good for locals.

The rising tide can only raise all boats if the gates are open, not closed to a trickle.

This comes from a fallacy that Miami has no or very little senior tech talent. That’s simply not true. Several large firms with large IT departments have headquarters here. As I noted before, I am second-generation Miami Tech. Miami has senior tech talent ready to be tapped for higher wages.

Miami also has junior tech talent waiting to be tapped as well. At Florida International University, the largest state university in the metro area and the fifth largest by enrollment in the country, graduates almost 600 new engineering and computing students every year. Graduates and students alike are brilliant and working on amazing projects in our community, like Code for South Florida, which is run by FIU grads and is infusing tech into our civic landscape.

What Miami Tech actually needs are firms that are willing to build up the local tech scene, and not build over it. Really, the talent is here, you just need to be open to accept it.

Kevin Amézaga is an IT Specialist, Content Producer, and Nonprofit Executive from Miami. He has been working in Miami Tech since 2018 at Neighbors 4 Neighbors, co-founded the Miami Riders Alliance (a nonprofit fighting for transportation alternatives) and began studying at FIU in 2019, and was awarded with the Silver Knight for Business in 2020.

Refresh Miami welcomes guest posts. Have a viewpoint or an idea for a guest post? email ndahlbergbiz@gmail.com.