View: Where have you been, Miami tech community? Enough is enough 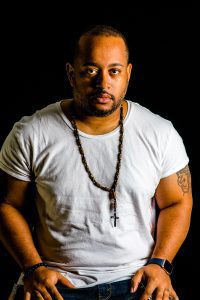 It’s real simple. Black people in tech want to know where everyone has been the last six years, and without a substantial answer, these so-called responses from community organizations look like marketing ploys.

Miami tech can't keep leaning on one organization and act like other organizations aren't here. The solutions have been offered to Raul Moas to make these changes last year by Digital Grass Innovation & Technology to bring attention to these differences, and he told me no. eMerge Americas hasn't been there to support. If you go to eMerge Americas, but don't come to BlackTech Week, but are now talking about "helping," then that is part of the problem. When we offered a solution, we received $75k to fund it, and we had to do like 13 things and still received no support from the "community."

Let's get perspective. Someone received $110k to make Just Dinner to host a private dinner once a month. I offered to do a live-streaming chat once a month to talk about the effects of being black in innovation, technology, and entrepreneurship. The conversation was over food and drinks -- you know Dinner. We had a line up of active leaders of South Florida ready to do the event. Five people having real conversations, but the private discussion would be open to the world. We wanted to have people share resources and experiences, so those that couldn't attend could watch and consume this information at their own pace. The answer was no.

If you know your roof is leaking and it's a problem, you don't donate the least amount of money to the biggest challenge. The leak wasn't a concern, but when other people said, hey, you have a hole, you decide to fix the roof. (National Uproar of Injustice)

Most people can't name an organization outside of Code Fever Miami, and it's because they don't want to call people out and fix the problem. People sit back and are scared to speak up because they don't like demanding justice for others -- until now, because it looks good.

Talking facts is not a bad thing. Just remember, when you speak to me in the streets of Miami, Just Dinner received $110k for Dinner, but the 3rd Place Project only got $300k to build a whole damn FOOD HALL in Coconut Grove to help black people make a marketplace. Math is not emotional.

We got $75k to do a conference, six convenings, assist other organizations with their diversity inclusion efforts, and build a certification program that was approved by Huizenga School of Entrepreneurship at NSU, 26 episodes for two different shows, and Office Hours to mentor startups. Just Dinner got $110k for ten dinners -- almost half of what Black Angels Miami received to start a venture to invest in black business. Still not seeing a pattern?

I was told my work focused more on journalism, but yet a journalist just got awarded money. My question: What changed, beyond the fact that a national uproar is here and now everyone sees the fear we have been living? I have recently spoken to people who have mentioned they are afraid to speak up about the issue. Imagine that. People are so scared to talk about the problems, but we have to live in them every day.

Brian Breslin and Johanna Kytola Mikkola, I gave light, examples, and solutions to what both organizations should do and who to talk to for community outreach. Black people know the problem. It's those with the money and checks that could fund people to fix the problem that seem to be unaware.

It would be best if you moved from shiny objects to real outreach and programs and dollars. You can pick up the phone and dig into your network and REALLY help our community, but choose not to. You have non-entrepreneurs running entrepreneurial programs, how does that work? You know why Phil Jackson was such a good coach? Because he played basketball and won championships. It's always about the team players, but why didn't Brian Brackeen get the love he is getting in Ohio down here? Valencia Gunder speaks up and needs funding, but you all don't want to hear that. Starex Smith is dropping too many bars for anyone to handle. Janey Tate is the voice to the community/generation you all claim you want to reach, but no one is paying her for advertising or funding her.

All of you are confused as to why you're receiving push back, and it's because black people in Miami's startup community didn't just show up. We've been here. Where have you been?

And your current efforts are tone-deaf. Instead of listening, you all are getting defensive.

Felecia Hatcher and Derick Pearson deserve to be tired because if it's black, you go to them, but they always suggest other options and you ignore them.

Carlos Vazquez just touched a nerve [with his Facebook post], but this is just the beginning. Guess what? The roof is still leaking.

It’s cool, do a hackathon, billboards... but yeah, this ain't it.

Refresh Miami welcomes your views and guest posts. Contact me at ndahlbergbiz@gmail.com.