Some products seem made for Miami. GeoOrbital’s invention converts an ordinary bike into electric transportation with a simple tire change. Bike to work at 20 mph without breaking a sweat. Use the same bike later to burn calories.

It was the year-round biking climate and Miami lifestyle that convinced Michael Burtov, founder and CEO of GeoOrbital, to move his startup from Boston to the Magic City about a month ago. He’s based in CIC Miami. Most of his team of 10 is still in the Boston area but some will be relocating, he said. Burtov is also vice chair of the MIT Enterprise Forum in Cambridge and runs a consulting company.

This month, GeoOrbital was named by Time magazine as one of The 100 Best Inventions of 2019, along with Miami’s ed-tech startup Caribu. It takes just 60 seconds to install the patented GeoOrbital Wheel onto almost any bike, converting almost itelectric power as needed. A throttle on the handlebar controls speed, up to 20 mph, and a charge will take you up to about 20 miles. The Wheel is priced under $1,500.

Burtov founded GeoOrbital in 2014, while running his third startup, Cangrade, an AI-powered HR tech company. Inspired after watching Tron, the Disney movie that featured futuristic motorcycles, and thinking there was a lot of wasted space on the wheel, he eventually recruited engineers from SpaceX and Ford to design the product in his head.

After two years of development, the company launched with a 2016 Kickstarter campaign, raising $1.26 million. It subsequently raised more than $1.5 million in two equity crowdfunding campaigns, and raised another million or so from investors. Burtov said it is the first startup to raise more than $1 million on both reward and equity crowdfunding campaigns.

Since then, the company has sold a few thousand wheels all over the world, and has turned its primary focus onto the public safety market, particularly law enforcement. GeoOrbital has run a number of pilots and sells to law enforcement, EMS and fire rescue departments in most of the states, including a few in Florida, Burtov said. Servicing the volumes and maintaining profit margins in this market is more manageable than in the consumer market, particularly in light of the ongoing trade war with China.

“The trade war is affecting manufacturing startups disproportionately, more so than the more established companies,” said Burtov, noting that the Wheel is manufactured in the U.S. but with parts sourced around the world. “We are having a lot of problems with our supply chain; it is harder and harder for us to compete on the consumer side because our costs have to go up a lot. For a complex product, the supply chain has to be global and anything with a global supply chain is being compromised right now by the trade war.”

Florida’s low taxes help, and now being headquartered in a four-season biking market has its benefits, too. “This is an evergreen market. This is going to be our hub to service the southern part of our service.”

Look for GeoOrbital to continue innovate, with its Wheel concept rolling into other products, Burtov said. In R&D is a  product that will electrify any standard wheelchair. 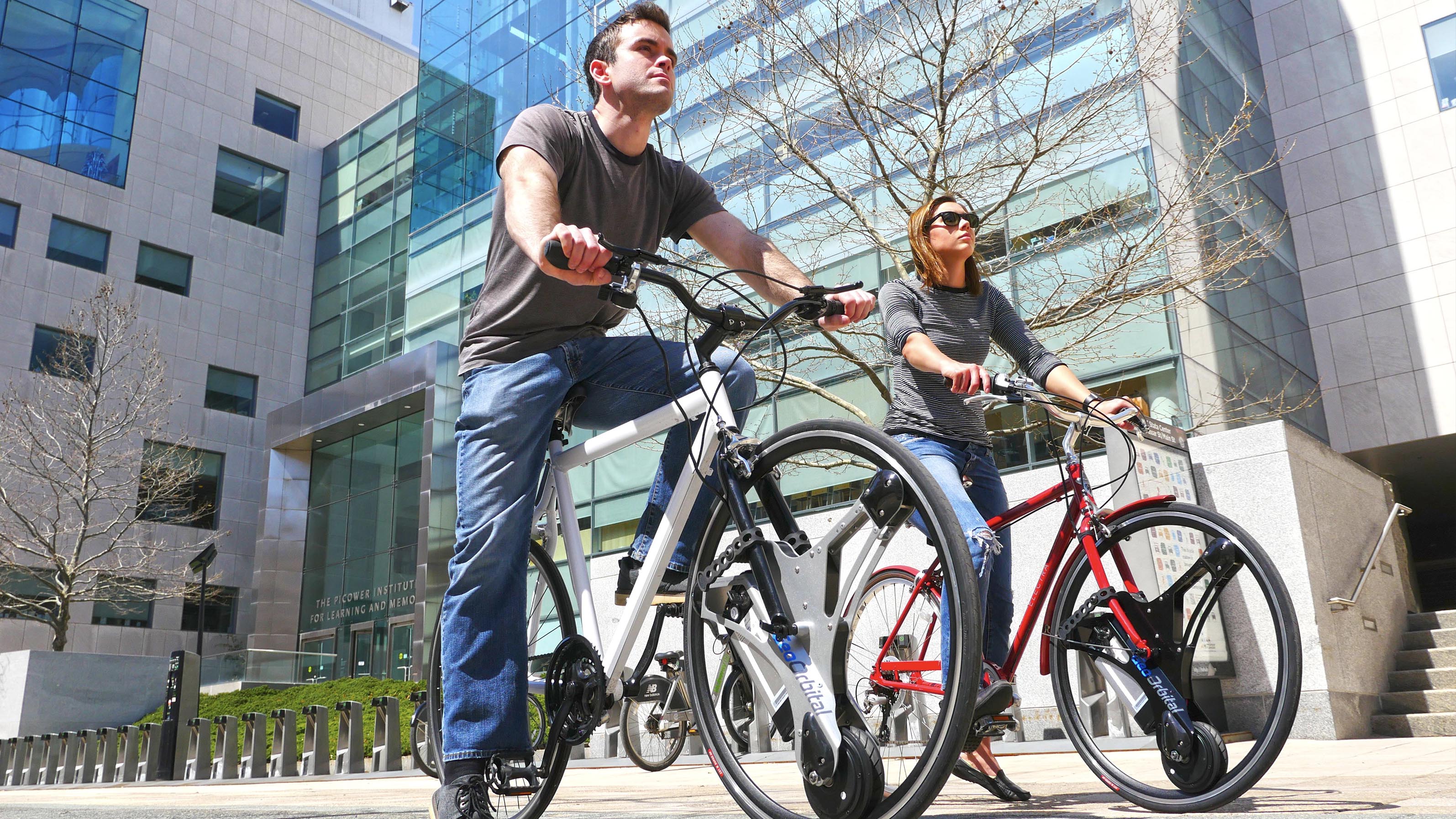