Add another name to the growing list of tech companies moving to South Florida: Cyndx.

James P. McVeigh, founder and CEO of Cyndx, plans to relocate his venture-funded company, an AI-powered database for investors to find and vet startups, from San Francisco and New York to South Florida. He cited a “tectonic shift” of capital and talent to South Florida, as well as the state’s low tax rates and open business environment, as crucial motivations to move Cyndx, founded in 2013. 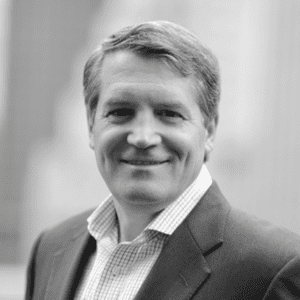 According to McVeigh, more than a third of Cyndx’s 50 employees expressed interest in moving to South Florida compared to other regions. McVeigh has yet to decide whether to locate the office in Broward or Palm Beach County, but McVeigh told Refresh Miami that its office will open within the next two weeks, with 10-15 employees working there by the end of the month. He also noted that “as we hire new employees, it will be in this region.”

McVeigh also took part in an online discussion Wednesday (pictured above) , moderated by John Wensveen of NSU’s Alan B. Levan Center of Innovation, about the state of innovation in South Florida. Like McVeigh, the other panelists, hailing from a diverse range of public and private sector roles in Broward County, were broadly optimistic about South Florida’s rapid rise as an international hotspot for tech innovation. But they were unafraid to note that issues like a shortage of tech talent and mobility issues could hamper the region’s development if not effectively addressed.

“We feel the rumble of innovation happening,” said Lil Roberts, founder and CEO of Broward-based online bookkeeping and accounting software startup Xendoo, “it feels like it happened overnight, but it’s thanks to the tireless work of people who have been growing this ecosystem for a long time.”

Broward County Vice Mayor Michael Udine, a fellow panelist, is one of those people. Udine sees the government’s role as “making South Florida as welcoming as possible and setting the stage to see these startups grow and bring their jobs here.”

John Machado, CTO of HR software giant Ultimate Kronos Group, says that he’s “seen waves of hype in the past, but it’s a bit different this time.” Machado, a native Floridian, credited the new influx of capital as the main difference from previous increases in South Florida’s prominence as an innovation hub. Machado also highlighted Miami’s intrinsic cultural diversity as something that has become more appreciated in recent years.

Despite the excitement around the tech boom, one of the panelists' top concerns is the availability of talent. Machado noted that the problem is not necessarily a lack of talent in South Florida, but retaining local talent: “I try to tell high school students that they don’t need to leave, that there are opportunities here.”

But for Roberts, the problem runs deeper. Compared to Silicon Valley, she says that startup culture isn’t as deeply ingrained in South Florida culture. “What it means to work is different,” Roberts asserted, noting the need for startup employees to put in longer hours than typical jobs in the area.

Apprenticeships are one way to upskill South Florida’s population. Udine said that his team is exploring opportunities for apprenticeships that cover skills that don’t come from a “traditional, 4-year” university context. NSU’s Wensveen echoed the value of such programs, which have the potential to provide “an invaluable workforce at an accelerating pace.”

The other major challenge South Florida needs to tackle, according to the panelists, is transportation. Udine noted that South Florida’s tech ecosystem needs to be viewed as a region – not just on the city or county level. But for that to happen, people need to easily get from one place to another. Cyndx’s McVeigh hopes that trains will be the solution to the South Florida commuting quandary: “We don’t want to make the mistake that Silicon Valley did and end up with three-hour backups on I-95.”

From the government perspective, Udine said that Broward voted to tax themselves a penny on sales transactions to improve transportation links. This is essential for Machado, who thinks that transportation has been an issue for a long time.

Still, this group was excited about the future of South Florida as, in McVeigh’s words, a leader in technology.